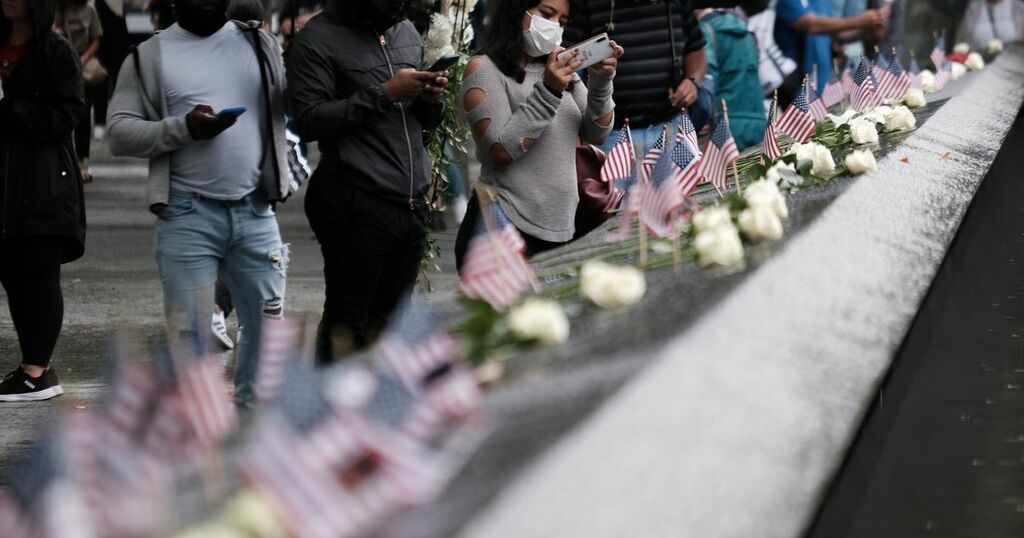 Just before 8am, on Tuesday, September 11, 2001, a plane heading for California took off from an airport in Boston.

It was an event that marked the start of the deadliest terror attack the world has ever seen.

In the hours that followed, terrorists hijacked four separate passenger jets, with the aim of flying them into prominent American buildings.

Two planes soared into the Twin Towers in New York, another hit the Pentagon building, while a fourth crashed into a field in Pennsylvania after passengers and crew stood up to the hijackers.

Nearly 3,000 people died in the attacks, the majority at the World Trade Centre, which crumbled to the ground as the horrifying scenes were broadcast live across the globe.

As the day drew to close, and Americans tried to come to terms with the scale of the events, questions emerged around who was responsible and why the country had been targetted.

The name Osama Bin Laden had already been mentioned by speculative news anchors and government sources. But it would take days, months and even years before the US had a clear picture of the circumstances leading to the attack.

At Ground Zero, the beginning of a nine-month recovery and clean-up operation was getting underway. But in the days that followed September 11, only a further 11 people would be rescued from the rubble.

Here is a timeline of the tragic 24 hours that changed the world.

A quarter of an hour later, United Airlines flight 175, another Boeing 767, sets off from the same airport and heads for Los Angeles. The jet is carrying 56 passengers and nine crew members.

At the same time, Flight 11 is hijacked by a group of five terrorists as it passes over central Massachusetts.

The third flight, American Airlines Flight 77, a Boeing 757 with 58 passengers on board as well as six crew members, departs 10 minutes late from Washington Dulles International Airport.

The final hijacked plane, United Airlines Flight 93, departs from Newark International Airport in New Jersey for San Francisco 42 minutes late. A total of 37 passengers are on board, along with seven crew members.

In the minutes after, Flight 175 is hijacked above northwest New Jersey.

The first hijacked plane, Flight 11, is flown into the north face of the North Tower of the World Trade Center, crashing through floors 93 to 99 of the 110-storey building.

People below the impact area start to evacuate the building, but those on the floors above are unable to because all three stairwells have been blown apart.

Between 100 and 200 people jump from the building after getting trapped by fire and smoke on the upper floors.

The second plane, Flight 175, crashes into the south face of the South Tower between floors 77 and 85.

As major news organisations are now covering the event, millions of viewers witness the scenes on live television.

Parts of the plane, including the starboard engine, fall from th rebuilding crashing into the ground six blocks away from the tower.

A mass evacuation begins on the floors below, while some people above the impact zone also manage to escape down an unblocked stairwell.

The final plane, Flight 93, is hijacked above northern Ohio.

Shortly after, President Bush makes his first public statement about the attacks, to an audience of about 200 teachers and students, at an elementary school he is visiting.

Flight 77 crashes into the western side of the Pentagon building - the headquarters of the US military - sparking a violent fire.

The White House and the Capitol building in Washington DC are evacuated and closed down.

The United States also completely shuts down its airspace and all flying aircraft are told to land at the nearest airport to them.

Passengers on board the final plane, now heading towards the Capitol building and the White House in Washington DC, begin a revolt on board the hijacked aircraft.

It later emerges that passengers on board the flight decided to fight back after hearing about the three other hijacked planes over an Air Traffic Control radio.

The South Tower of the World Trade Center collapses, 56 minutes after initial impact from the second hijacked flight. The North Tower, which was hit first, remains standing, but plumes of thick black smoke from inside the building spread across the city.

On board Flight 93, passengers and crew members attempt to break into the cockpit. As a fight erupts, the hijackers deliberately crash the plane into a field in Shanksville, Pennsylvania, killing everyone on board.

One hour and 42 minutes after the impact of Flight 11, the North Tower of the World Trade Center collapses to the ground, destroying the Marriott Hotel located at the foot of the tower.

A a result of the fire at the Pentagon, a large portion of the building collapses. Luckily, evacuations had already taken place.

Fourteen people, including twelve firefighters, manage to climb to the top of the rubble at Ground Zero.

It emerges that they were in a section of stairwell in the North Tower that had held together when the building came down.

New York Mayor Rudy Giuliani gives a press conference. He is asked to estimate the number of people killed in the Twin Towers, to which he replies: "More than any of us can bear".

President Bush addresses the country from the White House.

"Today, our fellow citizens, our way of life, our very freedom came under attack in a series of deliberate and deadly terrorist acts," he says.

President Bush makes an entry in his journal, which reads: "The Pearl Harbor of the 21st century took place today...We think it's Osama bin Laden".