Despite years of critique, the Australian national parliament has been overwhelmingly white and male, unlike the country as a whole. But something changed at the 2022 election – most clearly around racism and sexism. How might this play out in the negotiations to come?

The Whitlam government supposedly ended the White Australia policy in 1973. For 50 years though, White Australia has hung on in the elite structures – Commonwealth cabinets, the High Court and the ABC board, for example – even while changing at state and especially local levels.

Prior to the 2019 election, I argued we would realise down the track that:

Election 2019 was the last White Australia election, in which Euro-Australians dominated the parliamentary seats and both major party leaderships, and where xenophobia was the insistent leitmotif of the Right.

If this election marks an ending for White Australia, we would expect to see changes in voting, representation and policy.

Just before the 2022 election, the BBC asked why the Australian parliament was so white (and male). Sydney Policy Lab director Tim Soutphomassane recently noted:

A celebration of cultural diversity has never been accompanied by a sharing of Anglo-Celtic institutional power.

Labor MP Peter Khalil said last November that Australian politics was still swamped by an “Anglo Boys club”. Opting to describe himself as one of the 21% of the population who were NIPOCs (non-Indigenous people of colour), he reflected on years of racism and marginalisation he had experienced inside the ALP and in the wider world.

At the 2022 election, the trajectories of change differed from each other along almost every conceivable parameter that was not old white male: middle-aged, well-off white women took elite Liberal urban seats from men. Younger people of colour, usually women, took many of the new Labor seats. Smart, mainly young white people took the seats that were turning Green. White Australia was fragmenting along race and gender fault-lines. Meanwhile, the LNP was left with almost only older white guys in the House.

Read more: We're about to have Australia's most diverse parliament yet – but there's still a long way to go

The election demonstrated the salience of specific ethnicity in contributing to voters’ decisions in many seats, while the more general concern about rising racism played out for a more diverse electorate. “The Chinese vote” has been the focus of many newspaper articles reflecting on the effect of the Morrison government’s bellicose rhetoric towards China and how safe Chinese-ancestry voters felt with the conservatives.

The Tally Room blog has argued there was a significant shift towards the ALP (or, better put, away from the Liberals) in electorates where the China-ancestry vote was significant. Where the opportunity existed for an Asian-Australian candidate for the ALP, they were usually successful.

In Fowler, which is a very multicultural electorate with a large Vietnamese community (many with Chinese ethnicity), Labor’s vote dropped by nearly 19% after the party parachuted in Kristina Keneally. The local independent Dai Le picked up nearly all those previously ALP votes, while also taking nearly all the votes that left the Liberals (13%).

The Senate vote in Fowler for the ALP also dropped significantly (8%) from 2019, while the Liberal vote rose slightly. In effect the loss of this formerly safe ALP seat in New South Wales almost cost the party a secure majority.

The key electorates where an apparent anti-Liberal shift in the Chinese-ancestry vote was determinate included Bennelong, Reid and Parramatta in NSW, Chisholm, Higgins and Kooyong in Victoria, and Tangney in Western Australia. Some benefited Labor; others the independents.

Peter Khalil (Wills, Vic) and Anne Aly (Cowan, WA) had been fairly lonely rank-and-file non-European members of the ALP caucus until the election. Aly (her origin is Egyptian Muslim) worked tirelessly during the long COVID lockdown in Perth to build opportunity for candidates of colour.

In Perth, Sam Lim (a Malaysian-Chinese immigrant) took Tangney with a 11% swing, building on his deep links with communities throughout Perth as a police liaison officer during the lockdown.

Zaneta Mascarenhas, born in Kalgoorlie, whose parents arrived from Goa in 1979, took Swan with a 12% swing. Aly herself increased her vote in Cowan by nearly 10%.

In NSW, Labor’s Jerome Laxale, the popular former Labor mayor of Ryde whose parents were Francophones from Mauritius and Le Reunion, achieved an 8% swing against the Liberals in Bennelong. He repeated the victory Maxine McKew had achieved against John Howard in 2007, also with strong Chinese and Korean support.

In Reid, popular local candidate Sally Sitou, of Lao Chinese background, reclaimed the seat for the ALP with an 8% swing, on a base of very strong Chinese support.

In Victoria, both seats that went to the ALP were won by “ethnic background” candidates. In Chisholm, Greek-background Carlina Garland saw a 7% swing away from Gladys Liu, though only 4% went to the ALP. In Higgins, Michelle Anada-Rajah, a Tamil born in Sri Lanka, saw a 6% swing away from Liberal Katie Allen. Meanwhile, the ALP held-seat of Holt went to Cassandra Fernando, also born in Sri Lanka.

In summary, of the ten or so seats the ALP won from the Liberals across the country, six were won by “ethnic candidates”, four of whom were people of colour. On the other hand, the seven new “teal” seats, though all won by women, are all now represented by white Australians. How might this matter?

The ALP released its diversity policy under the names of Katy Gallagher (Finance) and Andrew Giles (Multicultural Affairs) two days before the vote and well after most of the pre-polls and postal votes had been cast.

The statement appears pulled out of the 2021 Multicultural Engagement Taskforce Report chaired by Khalil. Two critical additions include a commitment to a multicultural framework review, which will have to consider whether Australia should have a Multicultural Act (which is Greens policy), and a re-assessment of the standards for measuring Australia’s diversity.

The COVID pandemic and the failures to protect multicultural communities have foregrounded the urgency of these issues.

Read more: We need to collect ethnicity data during COVID testing if we're to get on top of Sydney's outbreak

It is unlikely the LNP or the teal independents will push these concerns to the top of the to-do list. However, the new ALP NIPOCs and Dai Le will have a major investment in exactly that dynamic, creating with Aly (now a minister and a symbol for the prime minister of a new diversity) and Khalil a significant bloc. The Greens have multicultural legislation ready to go.

The new government’s best-known leaders are Anthony Albanese and Penny Wong, two surnames drawn from the deep hinterland of multicultural Australia. Perhaps White Australia is finally on its way out.

Andrew Jakubowicz has received funding from the Australian Research Council for research on cultural diversity and politics, and on cyber-racism. He publishes the website "Making Multicultural Australia" (http://www.multiculturalaustralia.edu.au). During the COVID pandemic he has been a consultant on cultural diversity to local government and the Disability Royal Commission, and is a member of the Commonwealth Health Department advisory committee on COVID and CaLD. 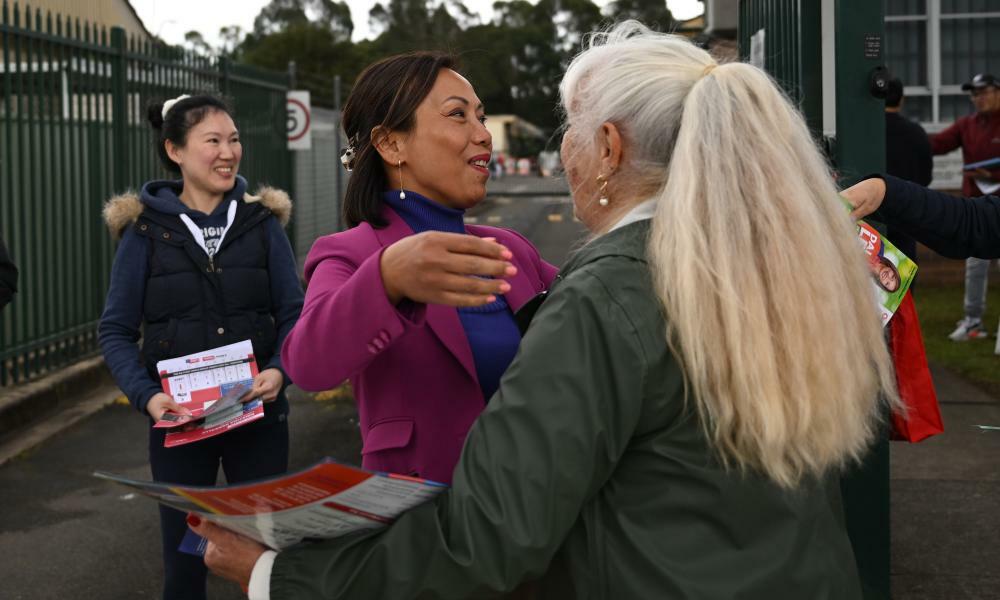 ‘They wanted one of their own’: western Sydney election results show power of hyper-local politics
In an area hit hard by lockdowns, voters shifted away from ‘parachuted’ candidates and towards those with close community ties

The Guardian - AU
From analysis to the latest developments in health, read the most diverse news in one place.
Five graphs that show how Australian voters turned on the Coalition

The primary vote for both major parties dropped dramatically, but in the Coalition’s case, it cost it 18 seats. Here’s…

The Guardian - AU
Our new parliament will have record numbers of women – will this finally make it a safe place to work?

The 2022 federal election was a win for women candidates, and a historic moment in Australia’s journey towards a parliament…