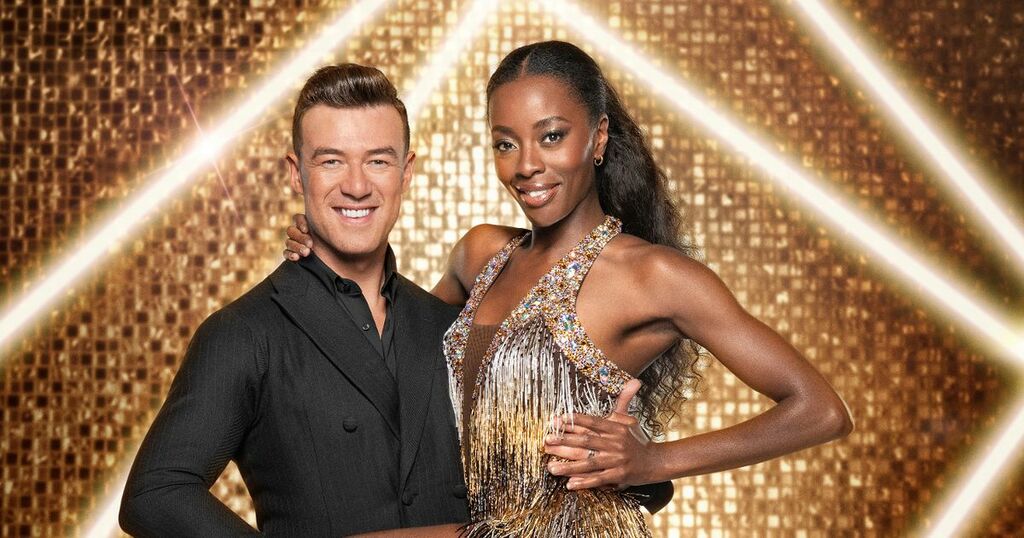 Kai Widdrington, dance partner of presenter AJ Odudu, has put some viewers in a spin this week as his age has come to light. He first announced it in week one of Strictly Come Dancing, but it certainly wasn't what many were expecting.

The duo have had an excellent run in the competition so far and are looking likely to be real competitors for the top prize. They topped the leader boards in week one with a sprightly jive, before delivering a classy foxtrot the week after.

The real question that seems to be on the lips of many, however, relates to the professional's age. So, how old is he? The dancer, with his undeniable composure on the floor and wizened looks, is surprisingly young at just 26.

Born in Southampton in 1995 to former Premier League footballer Tommy Widdrington, the twinkle-toed star has appeared on a host of well known reality TV shows.

In 2012 he finished 11th in Britain's Got Talent alongside then dance partner Natalia Jeved and appeared on Northern Ireland's Dancing With The Stars for four series before landing the Strictly gig in 2021, joining the legendary prime time show for its 19th series.

Kai and AJ's successful run so far in the competition comes amidst frustration on the part of many fans after a leak revealed the results of Sunday night's show ahead of time.

Strictly's two night format sees couples dance on the Saturday before recording the results a couple of hours afterwards, which are then broadcast 24 hours later on the Sunday results show.

Not for the first time viewers had the surprise spoiled following an online leak, leaving some fans calling for the format to be scrapped in favour of a more secure alternative. Sunday night shows were first introduced in 2010, six years after the programme first appeared on our screens.

The Mirror reported some fans' frustration, with one saying: "They really just need to get rid of Sunday night and do a longer live show on a Saturday... half the time some muppet on here will just spoil it all for everyone."

Another wrote: "They only started doing Sundays to rival the X Factor who did it - so now that X Factor isn't on anymore can they put the results back on Saturday again?! #Strictly"

Before the addition of the Sunday show everything was shown on Saturday night with a pause between the dances and the results, with a different programme aired in between.