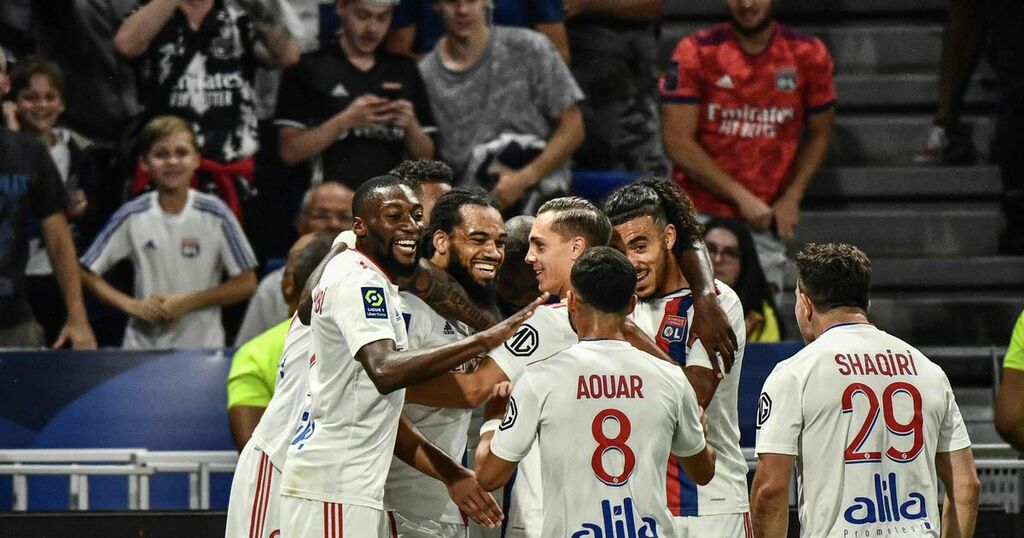 One of the keys to Rangers' revival under Steven Gerrard is the meticulous preparation he and his staff go through no matter who the opponent.

Whether it's Berwick Rangers or Benfica no game is taken for granted, with players confirming the highest of standards are expected on the training ground.

As a result, when tactical whizz Michael Beale talks up a specific opponent as being potentially the best Rangers have ever faced, you sit up and take notice.

That's the coach's assessment of Thursday's opponents Lyon, who were given the most glowing of praise ahead of the match.

Beale said: "They are arguably the most talented squad we have faced in Europe so far and have a squad full of top young players like those mentioned above who have the potential to arrive in the Premier League in the future.

"I’m really looking forward to our players competing against Houssem Aouar, Lucas Paqueta and Bruno Guimaraes with Lyon this season.

“One of their key midfielders is Thiago Mendes who I worked with at São Paulo FC. He is an extremely talented player who has done very well since coming to Europe and it will be good to see him again."

As Beale himself said, quantifying the most talented team Rangers have faced will always be subject to argument.

One way of getting an indication though is by looking at the UEFA club coefficients of some of their most notable opposition from 49 games so far.

A team's score is calculated by dividing their points total over a five-year period, with Bayern Munich currently rated as the continent's top outfit.

Lyon are one of the biggest teams in France and are accustomed to strutting their stuff in Europe.

When the 2019-20 Ligue 1 season ended early with OL outside of the European places it was the first time they'd failed to compete in UEFA competition since 1996.

Peter Bosz's side are currently ranked as the 23rd best team on the continent, having reached the Champions League semi-finals in 2019-20.

However, the current season ranking is skewed by the fact the French giants haven't actually played in Europe yet, making their pre-season position of 19th a more reliable indicator.

With the likes of Xherdan Shaqiri, Moussa Dembele and Jerome Boateng on the books there's no question OL are a team to be feared, but how to they compare to some of the other big hitters Rangers have faced in recent years?

Last season saw Gerrard's men face Benfica in the group stage of the Europa League, with the Lisbon side ranked 20th going into the competition.

Turkish heavyweights Galatasaray were despatched in qualifying, though the former UEFA Cup winners had dropped to a position of 64th for that tie.

Rangers' European campaign ended with defeat in the last 16 to Czech champions Slavia Prague, who had entered in 58th place.

Given the results are calculated over a five-year average, a previous Europa League run for Jindrich Trpisovsky's side and qualification for the Champions League group stage in 2019-20 was cancelled out by failure to qualify in 2015-16 and a poor showing in the following year.

Slavia have since risen to 35th but were ranked outside the top 50 going into last season's competition.

In the 2019-20 season though Rangers faced a team ranked even higher than Thursday's opponents.

The Ibrox club took four points from Champions League regulars Porto, and their European pedigree was reflected in their ranking.

The Portuguese side were 10th in the coefficients going into the season, having reached the knockout phase of UEFA's top competition in four of the previous five seasons.

Gerrard's first season brought a group stage double-header with Villarreal, who were ranked 32nd going into the Europa League that season, but Porto remain the most formidable team they've faced in 49 European games so far - according to the coefficient at least.

Thursday's opponents come close to that level with their pre-season position of 19th, and a win in front of a packed Ibrox would be a huge scalp for Rangers.