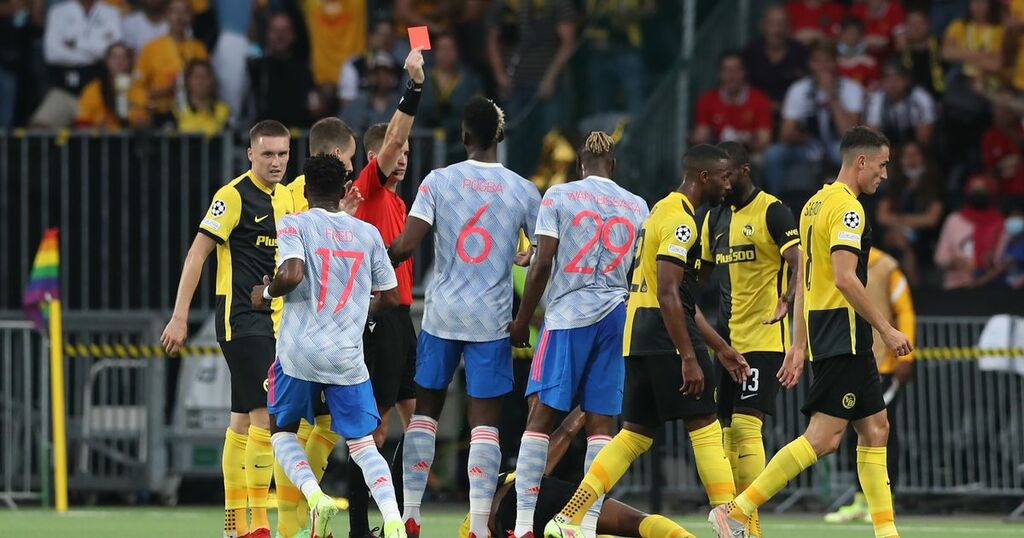 Manchester United defender Aaron Wan-Bissaka will be suspended for one game in the UEFA Champions League after his straight red card against Young Boys.

United took the lead in Switzerland thanks to Cristiano Ronaldo 's third goal in two games since re-joining the club, before Wan-Bissaka saw red in the 35th minute for an over the top tackle on Christopher Martins Pereira. United then conceded second half goals to Nicolas Moumi Ngamaleu and Jordan Siebatcheu following a poor back pass from Jesse Lingard to fall to defeat.

The red card means Wan-Bissaka will be unavailable for the next group game at Old Trafford against last season's Europa League winners Villarreal.

Despite the red card being a straight red rather than two yellows, the punishment remains the same in Europe. However, UEFA have the discretion to extend the ban if they deem the incident to be serious. That is unlikely to be the case in this instance, though.

Wan-Bissaka won't be the only player suspended for the game in two weeks though after former Arsenal midfielder Francis Coquelin got sent off for Villarreal in their 2-2 draw against Atalanta on Tuesday too.

Coquelin came on after 60 minutes for Unai Emery's side but got sent off for two bookable offences and will now miss the clash against Manchester United.

He was brought on by Emery for his defensive discipline and abilities during the Europa League final just five minutes after Edinson Cavani's equaliser to stem the tide of momentum, showing just how highly he is rated by the manager.

United will face Villarreal on September 29th, with Diogo Dalot likely to start in place of Wan-Bissaka at right-back so long as he can stay fit between now and then.