How Labor wins: where the numbers may fall

Beneath the trumpets and the shouting, the shitshow debates and the fake gaffes, there is one issue that no one’s really talking about, and that’s the profound differences between Labor and Coalition over reform of federal-state relations as regards corporate shipping regula… Hah, who are we kidding? Who cares about anything like that?

I have no idea about anything anymore except who’s up, who’s down? We’re like players at the craps table: quit the commentary, just roll the damn dice. Ten days to go, and it’s starting to feel over. Though it will get interesting, a week of dirt-sheets and stunts, an ultra-late Liberal campaign launch, and then three or four days waiting for the 72-hour surprise, the stunningly lying gotcha, the hoax, dropped too late to reply to.

With a dozen or more viable independent candidates, such surprises may be going off everywhere. Are the teal candidates ready for how dirty, brutal and sudden this could get?

So in the interim let’s have a look at where the seats are at.

Applying, to a degree, your correspondent’s argument that the political division now lies between those speaking, and those largely — between an expanded progressive-liberal grouping on one side voting Labor-Green-teal, middle “quiet” Australians voting Coalition, “silent” Australians — who now feel so excluded that silence, withdrawal, constitutes resistance. They vote Coalition, Labor and right fringe (PHON, UAP, Lib Dem, etc).

There’s a final group of vocal right fringe, participating and resisting, whose visibility gives the impression of the hard right being smaller than it is.

With that in mind, with the caveats that this assessment doesn’t factor in every psephological detail, that this is a more pessimistic reading, that this is the application of a 53-47 two-party preferred as a non-uniform way, here’s an assessment which is based in large part on being in or around most of these marginals over the past month.

Boothby: on a 1.4% margin, a liberal middle-class seat in Adelaide Hills, with a retiring local member and anti-sexual abuse campaigner Jo Dyer as an independent without sufficient grunt to win the seat herself, this must be a Labor gain.

Higgins: the seat so teal, its teal is the Greens. With Liberal Katie Allen on 2.3%, surely there’s another 3000-4000 votes of liberal disgust, plus demographic change, blue rinse mortality or more disgust to swing to Labor? Possibly just out of reach for Greens.

Bass: there are 500 votes in it. Cost of living, housing, etc, rather than climate change or corruption will do it for Labor if it does. Liberal Bridget Archer’s only chance of survival is that she’s pulled the deuce: managed to look like a darkish teal independent on the basis of a few dissident votes while relying on full Lib Party support for the campaign. Jacqui Lambie’s preferences will help, but how much?

Chisholm: about the same margin. If Labor takes it, it will be because conflicting politics within the large Chinese-Australian community cancel each other out, solidarity with sitting Liberal MP Gladys Liu being pushed against by community dismay with Coalition sabre-rattling. And a lot more.

Swan: Labor needs a 3.2% swing. With premiums from the incumbent Liberal retiring, and being a West Australian seat, it is surely nominally a Labor seat.

Braddon: Labor challenger ex-muso Chris Lynch was recently smeared with an ancient conviction for holding speed, which may actually help him in this NW Tasmanian seat. Likely gain, but here the “silent” faction, and a dose of culture war sentiment, may hold it for the Coalition.

Reid: on 3.2% it should go. One reason it may not is the culture war over trans being stirred up around Katherine Deves’ comments, and directed at this seat’s (and others’) religious conservatism.

The frontier of majority

After that, there are six seats needing a 4-5% swing and Longman on 3.3%, jumping into 4% with the Queensland Labor anti-premium, if that is still operative. Three of the other seats are Queensland, pushing them to the 5% swing required end.

The only very likely Labor gain in this area would appear to be: Casey, outer-urban Melbourne, retiring respected Liberal (Tony Smith), demographic shift (progressives going outer). Brisbane is a stretch on 4.9%, and with Andrew Bartlett no longer a Greens candidate, Labor may pull clear of them but benefit from the Queensland Greens’ huge ground campaign. Dickson, in the ex-urban hills. Will it spit out Peter Dutton in disgust? Sadly Ali France hasn’t been an impressive Labor candidate. Robertson, on the NSW coast north of Sydney, is a bellwether, so will go with any consistent swing. Leichhardt, north Queensland, is on 4.2%, has the Queensland anti-premium, and the hero status of Warren Entsch to push against. Surely Entsch will hold on. Two eastern suburban Melbourne seats — Deakin and LaTrobe — will go if a swing is on. Let’s split the difference.

After that, with a 6%+ swing required, it gets tough for Labor, while teal opportunities start to open up.

The best prospect: Bennelong, in Sydney, on 6.9% (retiring, respected member John Alexander, pissed-off Chinese community), and Ryan in outer Brisbane with strong Labor and Green candidates, and demographic shift. Sturt, also on 6.9% has a felicitous ballot draw — Greens, Labor, top; Liberals last — which would help. Beyond that, the best hope for an outlier would be Tangney, with the WA premium needing a 9.5% swing. There are four Queensland seats in the 7% range. They’ll only fall if a real swing obliterates the Queensland Labor deficit, presuming it still exists.

The Greens have real chances in three Labor seats: Griffith (inner Brisbane), Richmond (northern NSW coast) and McNamara (old Melbourne Ports), and leaving aside some wilder hopes. In Griffith and Richmond, high-profile candidates and a ground army may get them the 4000-5000 votes they need from Labor to get into second place and surge to victory.

The Victoria boondoggle: the possibilities of a crossover are Corangamite (1.1%, anti-vax sentiment, the “silents”), ditto McEwan (same, although on a 5.3% swing, tough).

On this reckoning, say three to four total, Labor’s tally goes back from 79-82, to Labor 75-78, Libs 68-70, Greens 2-3. Now presume for a second that no new teals won. Bob Katter remains the only total pro-Coalition independent. If new teals win in Kooyong and Goldstein, with possibilities in North Sydney, Wentworth and Mackellar, and “rust” independent Rob Priestly in Nicholls (northern Victoria), then assume three Coalition losses to 65-68.

If the Libs make no gains from Labor, and teals and rusts come through, then the overall array of forces would be around 90-ish progressives (76-80 Labor, 2-4 Greens, 4-6 teals and rusts, plus Wilkie, and Rebekha Sharkie), and 60-65 on the right, a two-thirds/one-third split.

How does it hang, or not? The scenarios

On an overall 3.5% swing, yielding a 52-48 2PP with, say, three losses, Labor needs about half a dozen seats to swing well outside the average — most in the 5%-7% range, and a couple in the 7%-11% range. It would take a 5% swing to put Labor in safeish territory. On that, winning say 12 of 15 Liberal seats requiring a 5% swing or less, gaining five outliers, and taking two to three reverse losses, Labor climbs into the 80+ seats range.

Labor wins only Boothby, Chisholm, one of Bass or Braddon, Casey, Longman, Swan and Pearce, for a net gain of seven. It loses one of Griffith or Richmond to the Greens, and one or both Macquarie and Corangamite to the Libs, for loss of two to three.

Total: 67-68 (including Hughes regain), and Labor forms a minority government.

Labor does not win, say, Casey and Longman, loses four total to Greens and Libs to come out at 70 seats. The Coalition loses six seats to independents and Greens, regains Hughes, comes out at 71. The 11-member crossbench would then be, right to left: Katter, Sharkie, Priestly, Allegra Spender, Zali Steggall, Zoe Daniel, Monique Ryan, Helen Haines, Wilkie, two Greens.

With that slight edge, or with a major party tie, or even with one or two less seats than Labor, the Morrison Coalition should then get the nod to form a government. Labor would have to do what it has said it wouldn’t and make a stronger and more public coalition arrangement. Or stay in opposition and wait for the government to fall.

Or power on into full constitutional crisis… 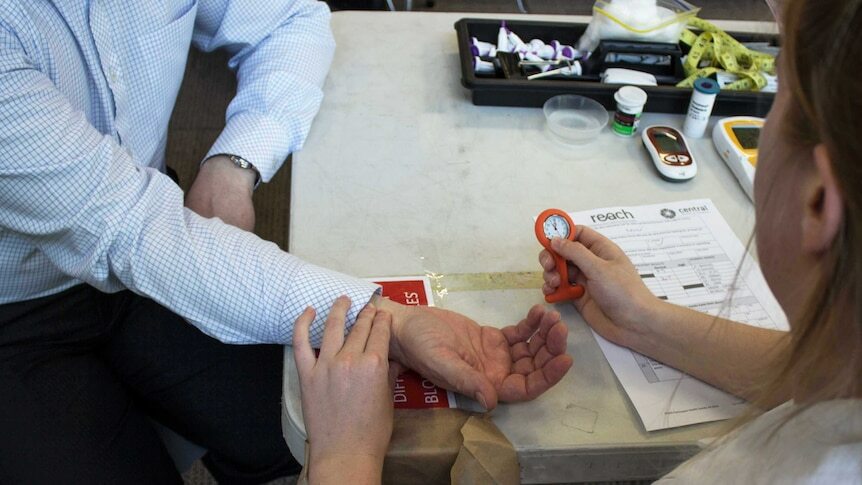