How doomed alpaca Geronimo captured the attention of the nation 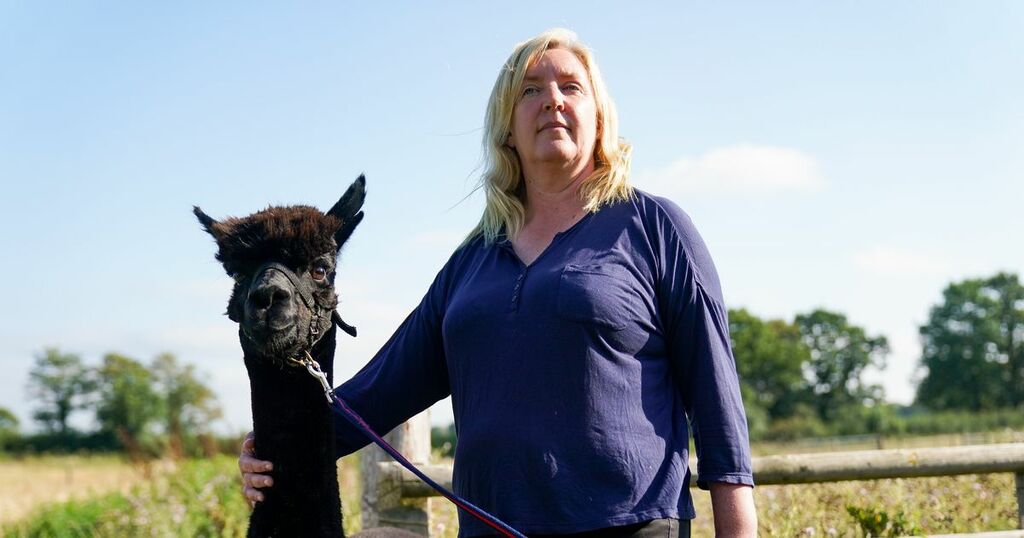 On Tuesday, August 31, a small crowd stood huddled in silence on a farm in south Gloucestershire, waiting to hear what had become of Geronimo the alpaca.

In front of them, Helen Macdonald stood alone, an image of her beloved pet emblazoned on her grey t-shirt above the slogan #SaveGeronimo.

An assembled mass of journalists and cameraman had descended upon the farm and now stood ready to listen to her.

Helen composed herself and began to read a statement from her phone.

"They have murdered a perfectly healthy animal from New Zealand," she said.

"I wasn’t even here, they just stormed the place. They took him from here alive, they shouldn’t have done that – it was cruel.

"My understanding was that they had the right to come and destroy Geronimo however they felt appropriate.

"They did not have the right to drag him into a horsebox and drive him away, on his own, without his companions. They rounded up the rest of them and stressed them all out, then they dragged and took him away.

While you're here, can you fill in our quick survey about Geronimo?

If the survey fails to load, you can fill it in using this link

Individual cases of bovine tuberculosis are not normally suited to catchy headlines.

But Geronimo the alpaca, who was killed this week because he twice tested positive for the disease in 2017 after coming to this country from New Zealand, captured the attention of the nation for months.

His owner, Helen Macdonald, had been battling against his diagnosis for years, fighting the case in court and attracting activists and celebrities to her cause.

It was a divisive and complicated issue - Helen, along with campaigners and the vet and TB specialist Iain McGill, argued the positives could be false, as Geronimo was twice primed - or 'micro-vaccinated' - against TB.

They said the positive tests could have been caused by the alpaca's antibodies rather than a genuine case of bTB, and four previous skin tests for TB had come back negative.

Defra would not budge, however, and continue to say that the alpaca had to be euthanised for safety purposes.

And after Macdonald saw her third and final legal case thrown out from the high court in August, the department confirmed it would go ahead with plans to cull the animal.

In some senses, Helen's struggle was in vain, but the case has brought peoples' attention to bovine tuberculosis.

In 2020, 27,000 cattle had to be slaughtered because they had contracted bovine tuberculosis, according to DEFRA.

And one farm owner in Bristol, Catherine Withers, has begun to question whether the current methods used are right.

"More research needs to be done into vaccines, because you can’t wipe out a whole species, ie the badgers or anything like that and blame them, because I think you'll still find that we'll have TB in the herds.

"That’s really all I think. They should’ve given it a second chance.

"You can understand why in some ways they didn’t give more leeway because it’s a real dilemma isn’t it, because obviously it’s a pet and what have you and it wasn’t ever going to enter the food chain. You can understand."

And Catherine said that, although the situation is "really sad", she hopes that the situation with Geronimo could create a push for greater scientific advancement in treating TB in animals.

Geronimo's plight also attracted the attention of animal rights activists, many of whom camped on the farm for nights on end in the hope of preventing the animal from being euthanised.

On the day that Geronimo died, one man, Spike Collett, said he was "gutted".

"It still hurts in my stomach now as a person that doesn’t want any animal in this world to die needlessly. That is needless death," he said.

There are, however, some people who have less sympathy with the media attention Geronimo got.

Ian, a West Country farmer who preferred not to give his last name, said that bovine tuberculosis is simply part of the life of a farmer.

"You couldn’t make an exception for one alpaca, not when there’s thousands of cattle getting killed in the country every week under the same circumstances," he said.

Ian had to have three cows killed just a fortnight ago because of tuberculosis.

But he is doubtful that the wider issue will get any attention once the news cycle has moved on from Geronimo.

He said: "They just looked at it and thought, "oh a nice little alpaca, ain’t he lovely, he should live." A farmer’s gotta do the same thing, get rid of his cows."

And there is no doubt that it is an important issue.

According to DEFRA, the disease costs taxpayers more than £100 million each year.

And the department's chief veterinary officer, Christine Middlemiss, said: "This is a terribly sad situation and our sympathies remain with all those affected by this devastating disease.

"No one wants to have to cull infected animals if it can be avoided, but we need to follow the scientific evidence and cull animals that have tested positive for bTB to minimise spread of this insidious disease and ultimately eradicate the biggest threat to animal health in this country.

"Not only is this essential to protect the livelihoods of our farming industry and rural communities, but it is also necessary to avoid more TB cases in humans."