How 9/11 changed Afghanistan and tarnished the United States’ reputation 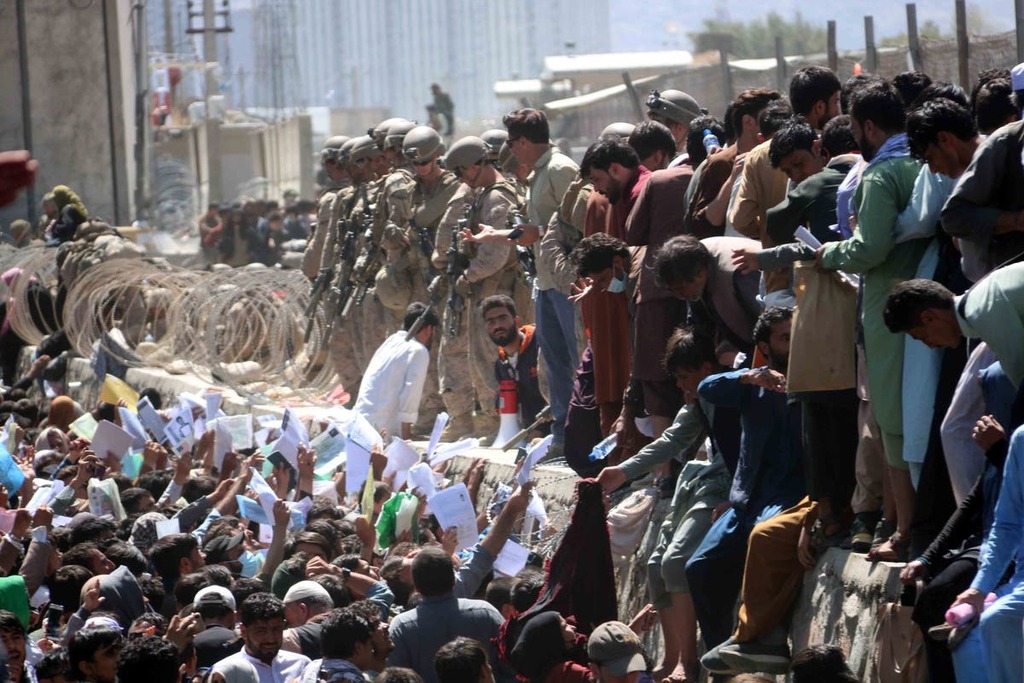 The anniversary of 9/11 will be marked by the humiliating retreat of the US and UK from Afghanistan, the country their forces invaded in response to the New York attacks, and the triumphant return of the Taliban two decades after its rule was overthrown. The defeat was the result of US president Joe Biden’s disastrous decision to carry out a hasty withdrawal of troops, which became a signal for the Islamists to launch their offensive, bringing about the swift collapse of the Afghan state.

Twenty years of hard-won gains in the country on a range of issues, including human rights – especially women’s rights – are now under threat, with the Afghan people and society being dragged back under harsh, primitive and brutal Islamist rule. The narrative of the “New Taliban”, reformed and no longer like its predecessor, has been severely dented, with its first government drawn from members of the old regime or their sons: all male and all Pashtun, with every other community excluded.

Among their first acts, the Taliban have told working women to stay at home, banned women from taking part in sports, segregated education, banned music, and banned protest marches against these measures. People have sought to vote with their feet. The evacuation of those offered refuge abroad, a horrendously chaotic process, has seen an exodus of the skilled and the educated, while others, trapped, are seeking desperately to escape.

There have been a series of arrests and disappearances, despite the Taliban’s assurances that they would not seek retribution against their opponents. One of the broader strategic reasons given by the Biden administration for the pullout – that the US would be better placed to counter the challenge from China and Russia without distractions in Afghanistan and the Middle East – has not stood up to its first test. Instead, Beijing and Moscow have been clear winners from the west’s departure from Afghanistan, with both countries pledging to enlarge their footprints.

A potent symbol of the influence of these new players is the plan to base Chinese troops and engineers at Bagram. US troops slunk away from the airbase, one of the centres of the west’s counter-insurgency missions, without informing their Afghan allies.

Biden had originally chosen 9/11 as the symbolic date for the troops’ withdrawal. He was not to know, of course, that the ending would be so inglorious. But the US president seemed to be in denial as the scale of what was going on unfolded. “I want to talk about happy things, man,” Biden complained at the 4 July press conference when asked about rapid Taliban advances. Five days later, he declared, in answer to another Afghan question: “The likelihood there’s going to be the Taliban overrunning everything and owning the whole country is highly unlikely.”

The war need not have ended so embarrassingly for the US, or so painfully for the Afghans. The security presence for the last six years – around 2,400 Americans, just under a thousand from Nato and 750 from the UK – was an insurance against the insurgents as well as the elements of Pakistan’s military and its intelligence service, ISI, that fed and watered them.

This was thrown away by the Trump administration at the ineptly handled talks in Qatar that resulted in the shoddy Doha Agreement. Biden is now busy claiming that he inherited the bad deal from former president Donald Trump, despite the fact that throughout the US presidential campaign, he had repeatedly affirmed that he would not reverse the pullout decision.

But Biden had done nothing since getting to the White House about the repeated breaches of the agreement by the Taliban, which could have allowed the US to review its own position.

The US troops left before the end of August, with Biden refusing to extend the deadline for evacuation. This effectively meant that other countries had to end their airlift as well, as the airport could not be held without the American military. The result is that hundreds of those in danger from the Islamists had to be left behind and, at the moment, have little chance of getting out.

The evacuations ended with horrific violence: a suicide bombing by Isis-K that killed 170 people, including 13 US troops. The killings were a reminder that the Taliban are not the only violent Islamists in the country. The Haqqani network, now in government, has links with al-Qaeda. Isis-K has been carrying out massacres for the last few years, but their victims were Afghan and thus the group was only of passing interest to the west.

✕
Afghanistan: Who are ISIS-K ?

Biden may well find that abandoning Afghanistan does not actually take him to a happy place for long. The west has walked away from Afghanistan before, after using the mujahideen against the Russians. We know what happened then: from ungoverned space emerged terrorist camps, al-Qaeda, and 9/11.

The overthrow of Taliban rule following 9/11 was a time of great hope and expectation. Some of us who have been in Afghanistan in the last two months, witnessing the traumatic end of America’s longest war, were also there then, seeing the rebirth of a nation. Colour and light broke through the suffocating, joyless years of Islamist rule. There was music, shops opened, bright posters appeared, women threw off their hijabs. Girls’ schools and language schools sprang up, while modern subjects were introduced into colleges and universities.

People who had fled to Pakistan, Iran and further afield began to return to help rebuild the country. Osama bin Laden had fled to Pakistan after the Americans failed to kill or capture him in Tora Bora, as had the Taliban leadership. There was, at the time, an attempt by some in the Pakistani leadership to hold talks with the US and the UK, but they were rebuffed.

George W Bush assured the Afghans at the time, “You can count on the United States: we shall be staying to ensure security.” Tony Blair declared that “this time we will not walk away”, acknowledging what had happened after the mujahideen’s war with Russia. But the US and the UK walked away again, this time into the disaster of the Iraq war in 2003. Funds for reconstruction were switched over: thinly spread forces were denuded even further. The Taliban, backed by their Pakistani sponsors, moved back into the security vacuum, taking over rural districts and carrying out attacks in the cities.

American and British politicians appeared oblivious to what was happening. Donald Rumsfeld, the US defence secretary at the time, told us in Mazar-e-Sharif that the war was over: “The Taliban are finished, they are marginalised, they will have no future role to play in Afghanistan.” In 2006, with the security situation fraying, the west and its allies were back in Afghanistan with the establishment of Isaf (the International Security Assistance Force). At the request of the Afghan president, Hamid Karzai, British troops in Helmand were sent to small towns to set up bases, effectively challenging the Taliban to a fight.

Soon Helmand was aflame, as was Kandahar next door where a Canadian force was now in place. The Americans were fighting elsewhere, and the French, Italians and Germans faced varying degrees of violence in the regions where they were based. The conflict spread across the country; there were troop “surges” under US generals David Petraeus and Stan McChrystal. Biden, as the then president Barack Obama’s vice-president, was strongly opposed to sending in extra forces, but he lost the argument.

Biden visited Kabul to hector Karzai and other politicians on governance. He was right to do so. Massive amounts of international money had poured in, and corruption had become endemic, taking place on a massive scale in the senior ranks. The heroin trade was flourishing among politicians and warlords, often with the connivance of the Taliban. Huge garish buildings, “narcotecture”, sprang up in Kabul, some of them rented out to international organisations.

The war continued. The insurgents were driven out of areas they had occupied, but there were never enough troops to hold the ground. In any event, it was impossible to defeat an insurgency as long as it had sanctuary and support across the border. Isaf ended its military mission in 2013, with a relatively small force staying on. A stalemate had been reached, with the Taliban holding swathes of the countryside, while the government held cities and towns. Western casualties were minimal.

Then Trump, who had pledged to bring to troops home, began negotiations with the Taliban, excluding the Afghan government, and signed the Doha deal – which gave the Taliban virtually everything they wanted – and Biden went along with the withdrawal of forces, with the consequences we now see. Afghanistan, from where the 9/11 attacks were planned, has become the place, 20 years on, where the reputation of the US has become tarnished, leaving allies deeply worries and adversaries emboldened.