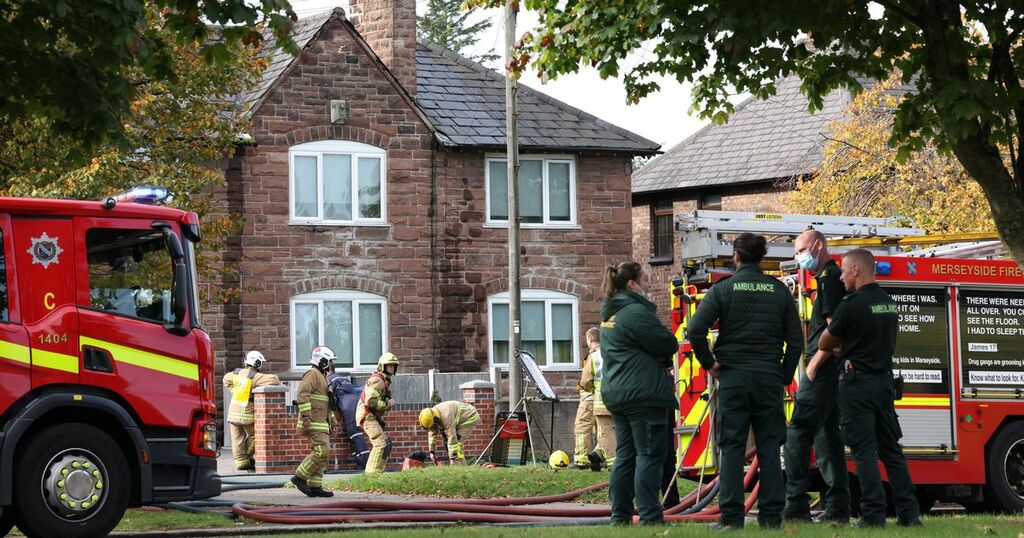 A house fire that closed a major Liverpool road today was started by a suspected cannabis farm.

Emergency services were called to reports of a house fire on Queens Drive, at around 9.15am.

READ MORE: Man chased into pub and stabbed in front of customers

Police were also in attendance and closed Queens Drive in both directions for a short time, before opening one carriageway.

The Westbound carriageway between Muirhead Avenue to Townsend Avenue currently remains closed and motorists are advised to avoid the area.

A Merseyside police spokesperson told the ECHO that the fire was caused by a suspected cannabis farm.

No arrests have been made and enquiries are ongoing.

Paramedic also attended but nobody was present at the address at the time of the incident.

Further enquiries established that the fire was caused by a suspected cannabis farm.

Chief Inspector Chris Ruane said: "Cannabis farms within our communities can cause serious damage to homes and businesses and endanger families like this one has.

"The growth, storage and sale of cannabis brings many risks to our streets, including a massive fire hazard that overloading the electricity inevitably causes.

"Please keep your eyes, ears and noses out for the signs that cannabis is being grown where you are, so we can prevent such fires from destroying peoples' homes and lives.

"Protect others in your community and tell us if you suspect or have seen anyone who could be using or supplying drugs in this area."

If you have any information about suspected drug production in this area, please contact @MerPolCC or Crimestoppers anonymously on 0800 555 111.