ACT Health Minister Rachel Stephen-Smith has announced she has tested positive to COVID-19.

Ms Stephen-Smith said on social media that she had tested positive on a rapid antigen test on Monday morning.

"I've done a lot of RATs over the last few weeks. This morning I had cold symptoms and the RAT came up positive, so I'll be working from home for the next week," she tweeted.

The ACT has recorded second highest rate of COVID-19 hospitalisations, reporting 91 people in hospital with the virus in the 24 hours until Sunday 8pm.

This is one fewer than Saturday when there were 92 people in Canberra hospitals with COVID.

There are four people in the ICU and two on ventilators.

COVID hospitalisations in the ACT have been at record highs throughout this week. It is putting an enormous strain on the territory's health system, with elective surgeries needing to be postponed.

The vaccination rate in the ACT has remained stagnated, with 97.2 per cent of people aged over five years receiving two doses, wile booster rates are at 80.6 per cent among over-16s.

Canberra schools are also struggling with COVID, with staff shortages caused by positive infections leading to many students in remote learning.

The World Health Organisation has warned leaders the COVID-19 pandemic is not over, saying that "declining testing and sequencing means we are blinding ourselves to the evolution of the virus".

National aged and healthcare leaders have urged the incoming Labor government to help them fight the virus.

Nearly three in ten Australians have been recorded as having COVID-19, with 6.98 million Australians - or 27 per cent of the population - confirmed as having had the virus. There have also been 8109 deaths.

In NSW, there have been 7127 new recorded cases of COVID-19. There have been five more confirmed deaths, 1236 hospitalisations, 35 patients in ICU and nine on ventilators.

Victoria has recorded 8971 new cases, with 14 hospitalisations. There are no patients in the ICU. Five people with the virus died on Sunday. 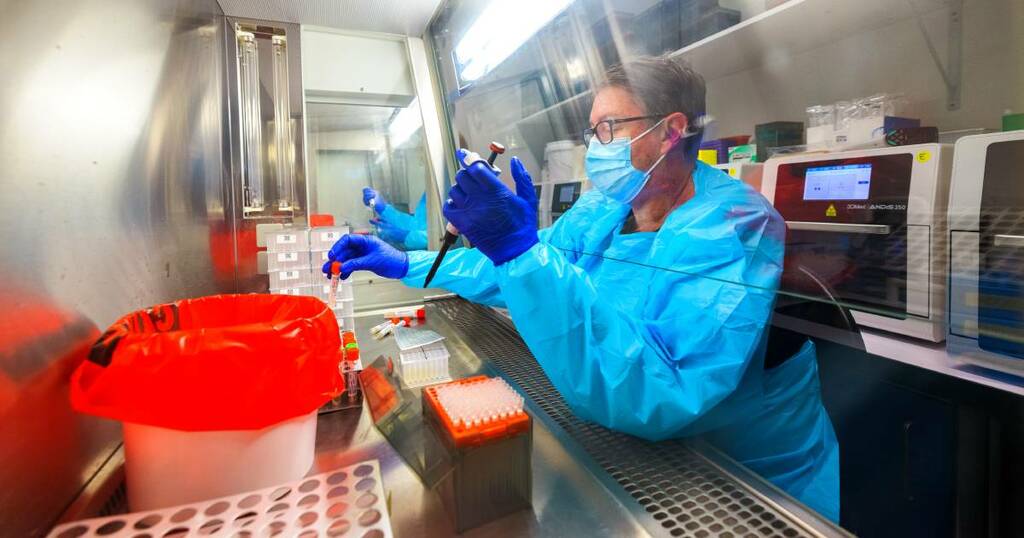 ACT COVID-19 case numbers and hospitalisations remain high
The total active cases in the territory are 4981.