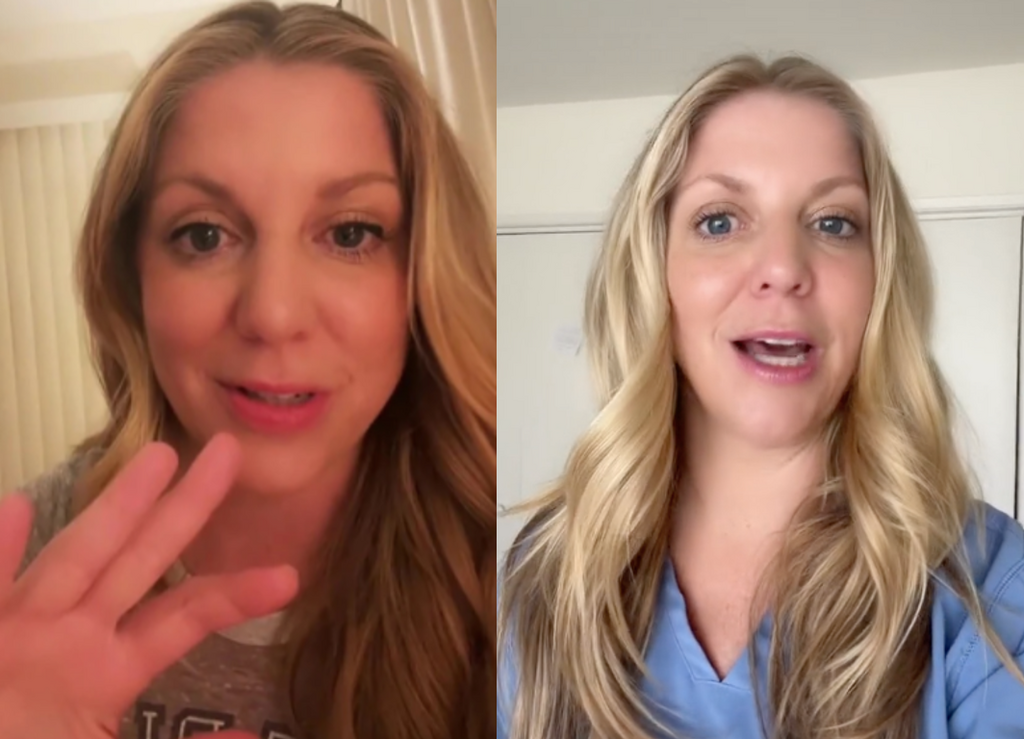 A hospice nurse has become a viral sensation on TikTok after revealing what she has experienced while working with people just before they die, including what many people’s final words are.

@hospicenursejulie has racked up more than 400,000 followers on the social media app with a number of her videos achieving millions and millions of views.

Some of her most popular clips are explaining common things that happen to someone when they are on their death beds but done in a manner that is in no way morbid but often calming and reassuring.

In a recent video, Julie detailed why things like changing to breathing and fevers are actually totally normal when someone is about to die.

Another video, which has more than five million views, sees Julie explain something called ‘the rally’ which is when someone is just days away from death but their body somehow manages to rally itself and the patient appears to be getting better.

Julie, who has worked as a hospice nurse for the past 14 years, recently told The Sun that the aim of her account is to educate people.

She also told the publication what the most common thing she has heard people say right before they die.

Julie said: “The best part about my job is educating patients and families about death and dying as well as supporting them emotionally and physically.”

Also, helping them to understand what to expect is another part of my job as a hospice nurse.

“There is something most people say before they die and it’s usually ‘I love you’ or they call out to their mom or dad — who have usually already died.”

Amazingly Julie only made her first TikTok video back in May but has now made hundreds and developed a loyal following on the app where her simple explanation videos about the process of dying and reassuring families about the experience have helped people come to terms with what is happening to a loved one.

Julie added: “I knew I had a lot of interesting information about death and dying that most people don’t know about. I want to normalize death by educating people about it. I went home to visit my family, and my tween nieces were on TikTok making dance videos.”

“I later went on TikTok to see their dances. This gave me the idea of starting my own TikTok about death and dying, four days later I did it and it took off.”