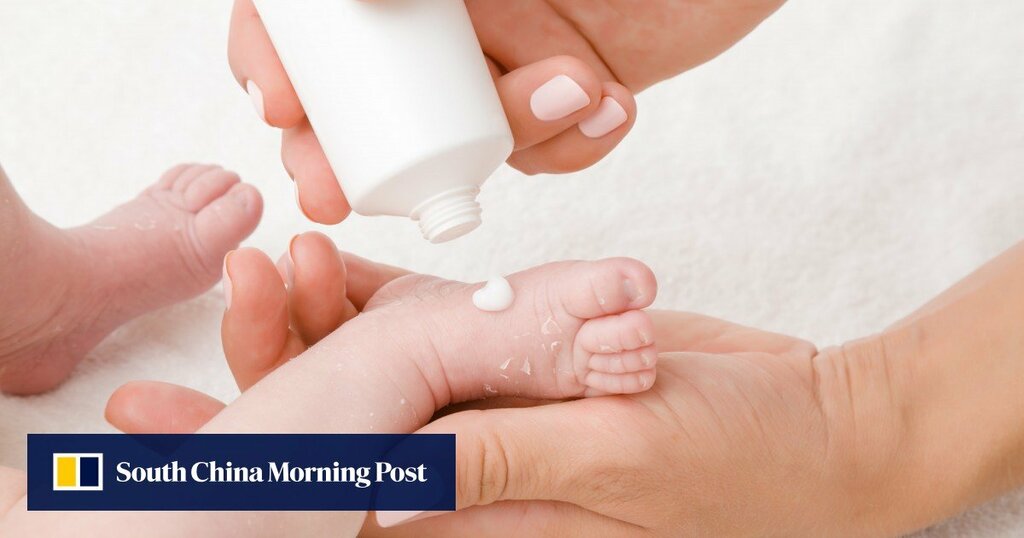 Hong Kong’s consumer watchdog has raised concerns about the safety of body lotions for infants, after a study of 40 such products found that more than half contained chemicals that could trigger skin allergies or dermatitis in babies.

The Consumer Council on Wednesday revealed that 22 brands of body lotions for infants contained fragrance allergens, of which eight had a relatively higher total concentration from 0.13 per cent to 0.45 per cent.

Hydroxyisohexyl 3-cyclohexene carboxaldehyde or HICC, and butylphenyl methylpropional (BMHCA) – both fragrance ingredients and skin sensitisers – are banned by the European Union. However, they were detected in Aveeno Baby’s lotion, which had the highest concentration of fragrance allergens.

HICC is one of the most common chemicals triggering skin allergy in children and related to the occurrence of dermatitis, a condition that causes inflammation of the skin, while BMHCA is classified by the EU as toxic for the reproductive system.

The EU cosmetics regulation requires manufacturers to list fragrance substances in the product ingredients list if their concentration exceeds 0.001 per cent.

“It will cause skin allergies and dermatitis. The baby will feel very uncomfortable and may not be able to sleep or eat well. It will affect the baby’s intake of food and nutrients, and ultimately its growth,” she said, adding that BMHCA could also affect reproductive functions and the development of the embryo in the womb.

Gilly Wong Fung-han, the council’s chief executive, said babies exposed to these chemicals at an early age could develop an allergic reaction to them in adulthood.

Aveeno Baby said in response that the lotion’s fragrance ingredients followed the International Fragrance Association standards and its internal requirements. It considered its product to be in compliance with the laws of Hong Kong and the country of manufacture, but would replace it with a new item in November this year.

Researchers had tested 40 brands of body lotions for infants and toddlers, 13 of which claimed to be fit for newborns. They cost from around HK$12 (US$1.50) to HK$318 per bottle.

Sixteen lotions were found to contain linalool and/or limonene, which form a more allergenic substance after oxidation. Nine of these were scented with lavender or made from related ingredients.

Synthetic musks such as galaxolide (HHCB) were also detected in six lotions, with three brands using a relatively higher concentration of 0.01 per cent.

Although mainland China and European countries have not established relevant regulations, HHCB is widely used in various products.

Wong said women who were pregnant or breastfeeding should be aware that chemicals from the lotions could remain in the fat tissues or blood after use and be transferred to the baby.

The council had submitted the test results of the brands suspected of violating the Trade Descriptions Ordinance to the Customs and Excise Department.

The study also found that labelling information for many lotions was inadequate or inconsistent with the test results. Thirteen brands with 0.001 per cent of fragrance allergens did not name the related substances in their ingredients list. Eight claimed to be “hypoallergenic” but were found with fragrance allergens, while three labelled as “fragrance-free” turned out otherwise.

The council emphasised that product suppliers were responsible for the transparency and accuracy of the labels, as well as protecting the health and safety of infants.

Tam said the best way to avoid allergies caused by lotions was to choose those without any fragrance and urged parents to look out for any reaction during application.

“Babies are very sensitive. They may be prone to rashes, or have asthma ... so I think it is safer to use unscented [lotions],” she said.