Former Honduran President Juan Orlando Hernandez said Tuesday he is ready to collaborate with national police, hours after authorities surrounded his house amid U.S. government requests that he be arrested and extradited to Washington.

Speculation had been swirling for months that the United States was planning to request Hernandez's extradition when he left office amid accusations that he colluded with drug traffickers. Leftist leader Xiomara Castro replaced him as president last month.

Honduras' Supreme Court - which will decide on the extradition request - is due to meet at 9:30 a.m. (1500 GMT) on Tuesday to name a judge to oversee the case, a judiciary spokesman said.

Hernandez had been holed up in his home, according to one of his lawyers, after about 100 police officers surrounded it late on Monday.

"The national police, through my proxies, have already received the message that I am ready to collaborate and voluntarily arrive with their accompaniment, at the moment the judge appointed by the honorable Supreme Court of Justice decides, in order to face this situation and defend myself," Hernandez said in a message shared on Twitter.

However, any immunity bestowed by Parlacen, which comprises elected officials as well as former presidents and vice-presidents, can be removed or suspended at the request of a member's home country.

A lawyer for Hernandez, Felix Avila, told a local TV channel that if a Supreme Court judge orders his client's arrest, the former president "has said that if he is allowed, he is willing to surrender voluntarily."

A senior Honduran official, speaking anonymously because they were not allowed to speak to media on the subject, told Reuters on Monday the United States "requested the provisional arrest of former president Juan Orlando Hernandez for extradition purposes".

Washington's request for extradition is a stark contrast to a period when the U.S. government saw Hernandez as a vital ally in the volatile Central America region during his eight years in power.

The United States had already placed Hernandez on a blacklist, and U.S. Secretary of State Antony Blinken this month said there were credible reports Hernandez "has engaged in significant corruption by committing or facilitating acts of corruption and narco-trafficking". 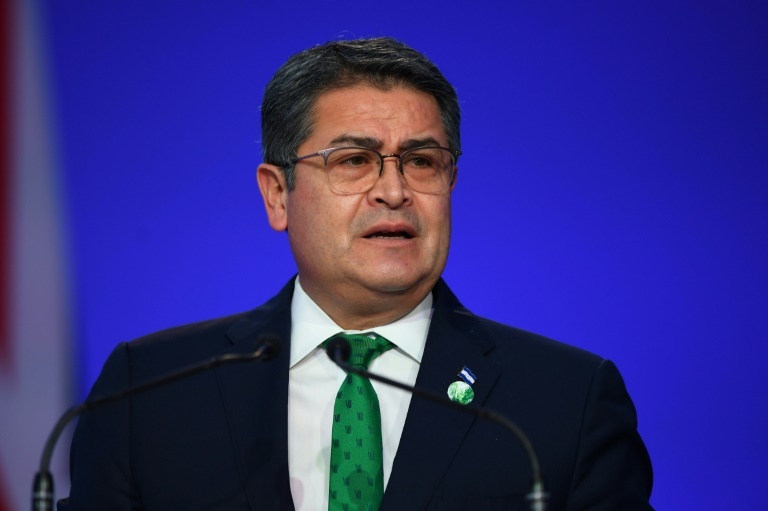 AFP
From analysis to the latest developments in health, read the most diverse news in one place.
Honduran ex-president arrested as US seeks extradition

Tegucigalpa (AFP) - Honduran ex-president Juan Orlando Hernandez, whose extradition is sought by the United States for alleged ties with drug traffickers, surrendered to police Tuesday after a judge ordered his arrest.

Handcuffed and shackled, former Honduran President Juan Orlando Hernandez arrived at his first extradition hearing on Wednesday, where he was met by dozens of boisterous fans as well as emboldened critics who assailed what they called his narco-dictatorship.

Reuters
Honduran ex-president brought before judge as US seeks extradition

Tegucigalpa (AFP) - Honduran ex-president Juan Orlando Hernandez, detained pending a decision on his extradition to the United States on drug trafficking charges, will appear Wednesday before a judge in Tegucigalpa assigned to determine his fate.

Tegucigalpa (AFP) - Honduran ex-president Juan Orlando Hernandez, accused by Washington of ties with drug traffickers, vowed Tuesday to cooperate with domestic justice in a US bid to extradite him.

AFP
One place to find news on any topic, from hundreds of sites.
Honduran ex-president to remain in custody as US seeks extradition

Tegucigalpa (AFP) - Honduran ex-president Juan Orlando Hernandez, wanted on drug trafficking charges in the United States, will remain in prison for at least a month as the extradition case against him proceeds, a judge in Tegucigalpa ruled Wednesday.