A lonely farmhouse in the starlit wilds of Dartmoor that was featured in a Steven Spielberg blockbuster movie has a fascinating history hidden underground.

Stone-built Ditsworthy Warren House stands in one of the most starkly beautiful and remote spots in Devon. Its windows and doors are boarded and nobody has lived here for more than 70 years.

Film lovers might recognise it from the Hollywood director’s 2011 First World War epic War Horse, when its well-weathered exterior was dressed up as the Narracotts’ farmhouse, beloved home of hero Albert and his faithful horse, Joey.

But, according to Devon Live , in years gone by the property, a popular and bracing walk uphill from Sheepstor, near Yelverton, was a record-breaking centre for the now rare tradition of rabbit farming.

Close to the river Plym as a good source of fresh water, the ancient site was home to generations of rabbit keepers and their families through the centuries.

Now preserved by a Grade II listing, the foundations of the house are believed to date back to the 16th century or earlier.

There’s even evidence of human settlement nearby going back to the Bronze Age.

A labyrinth of small man-made stone and earth tunnels or “pillow mounds” runs under the ground for miles around, once housing many thousands of rabbits being bred for their meat and fur.

At one time Ditsworthy Warren was said to be the largest commercial rabbit warren in England, with 1,100 acres.

The Dartmoor landscape offered plenty of space for burrowing bunnies, while keeping them well away from crop farmers who thought of them as vermin.

In the paddock at the back of the house you can still see some of the old stone kennels where the dogs that worked on the warren lived.

The last keeper moved out in 1947. Rabbit meat, originally a delicacy reserved for the privileged, was still a reasonably priced staple of the British diet, especially after the rationing of the Second World War, and fur coats were still in fashion.

But some may say the Ditsworthy rabbit keepers got out at the right time; six years later the European myxomatosis epidemic killed off millions of British rabbits, both wild and farmed.

These days the house is a welcome and picturesque landmark for hikers, mountain bikers and riders. The moorland around it is free to roam but the property itself is strictly off limits.

It sits on private land belonging to the Maristow estate and is leased by the Admiralty for Armed forces training. 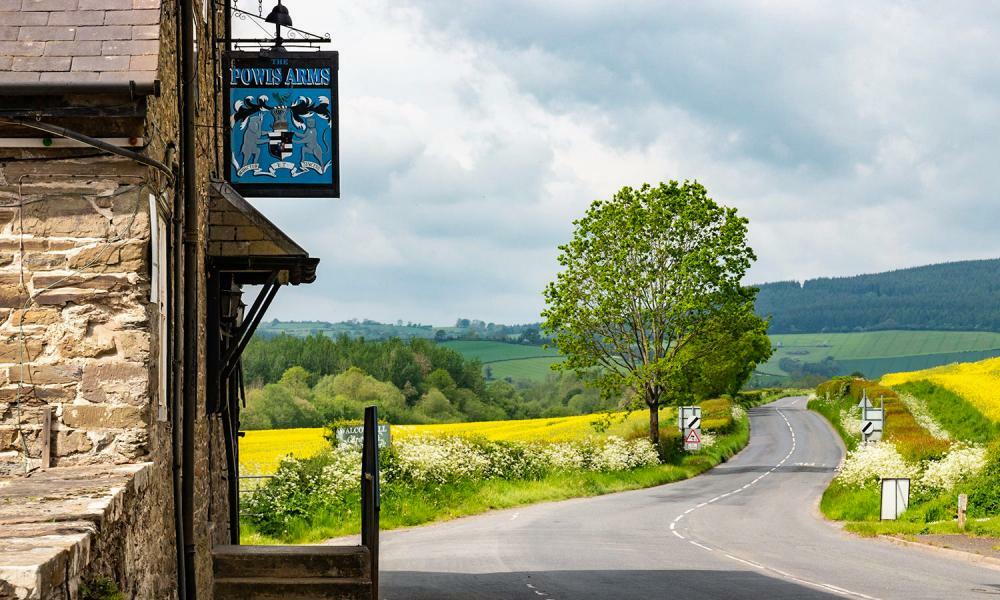 10 UK campsites within walking distance to a pub
From Cumbria to the Isle of Wight, here’s where to park your tent and then soak up the views and…