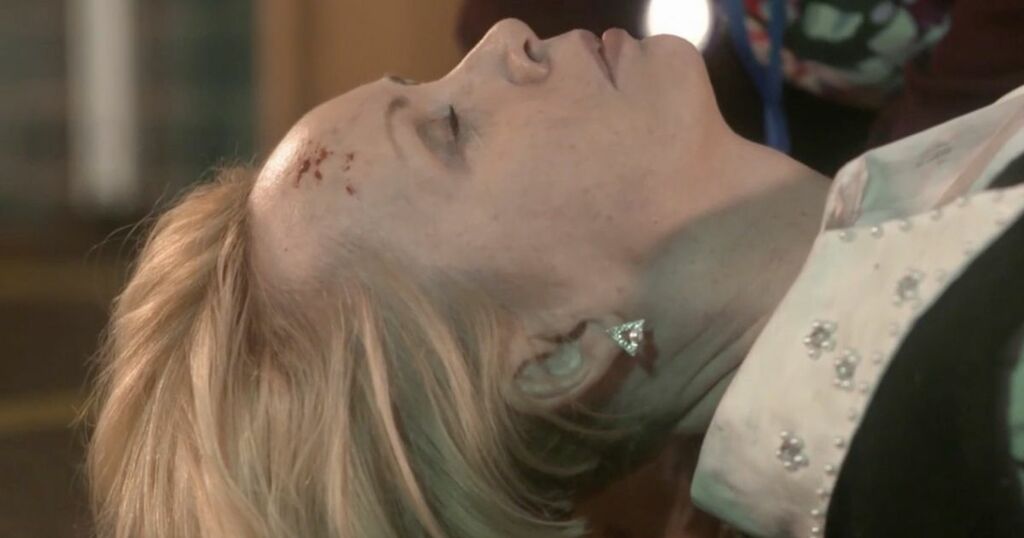 Hollyoaks aired heartbreak on Wednesday night, in the fallout to a devastating fire tearing through the village - with Celeste Faroe and Marnie Nightingale both killed off.

Sylver McQueen sadly lost his life after becoming trapped in the burning building, while trying to save his stepson Bobby.

Bobby made a devastating call to leave Sylver to die after hearing earlier on that his stepdad was leaving the family.

While Sylver came back, Bobby did not believe him and amid a possible return twist for his killer relative Silas Blissett, Bobby pretended he didn't see Sylver in the building.

This decision led to his death, with his body removed from the burned out building on Wednesday in front of his grieving family.

But there was another death confirmed in the opening minutes of the latest episode on E4, as Celeste was revealed to have died in the explosion.

She had got out alive, but ran back in to get her brother Toby out and refused to leave him, only for them both to become trapped.

Toby was revealed to have survived, and was now in ICU with a head injury - while it's not clear if he will recover.

Sadly, their mother Martine confirmed to husband Felix that their daughter had died, as she cradled her belongings.

Martine was furious with Felix, after learning he knew Toby had killed her niece Lisa Loveday in 2020 and then framed their other son Mitchell.

As emotions ran high after Celeste's death, Martine blamed him for everything after he abandoned the siblings when they were children.

She also told him she wished it was him who died and not their daughter, leaving him hurt.

But they weren't the only family grieving, as the Nightingales were rocked by the death of one of their own at the very end of the episode.

Just as Juliet was confirmed to be fine, having pulled through after major surgery, it was also revealed her brother Romeo was going to be okay.

As the family remained at the hospital, Marnie and her son James had a row over him being missing all night, despite his son Romeo and sister Juliet being injured and almost dying.

But there was tragedy later on, just a day after fans had predicted Marnie would die after failing to get her head wound checked over.

Towards the closing minutes of the episode, Marnie confided in close friend and nurse Misbah and thanked her for saving her loved ones.

She then opened up to Romeo and Juliet's mother Donna-Marie, telling her how grateful she was for her to have brought her children into her life.

Marnie said she was never going to let them go and had finally found love in her life through them, but suddenly as she leant into Donna-Marie's shoulder she collapsed.

Donna-Marie didn't realise she was unconscious until shortly after when she realised she wasn't responding, and she screamed for help leading to Misbah trying to save her friend

But as James and Donna-Marie watched on as Misbah performed CPR, it was revealed it was sadly too late.

Marnie's death was confirmed in a clip after the credits, with a news report detailing three fatalities.

Sylver and Celeste also flashed up on screen beside her, as all three victims were named in moving scenes.

Viewers raced to Twitter during and after the episode, admitting they were "sobbing" over the emotional scenes.

Hollyoaks airs weeknights at 6:30pm on Channel 4, with the next episode on E4 at 7pm.