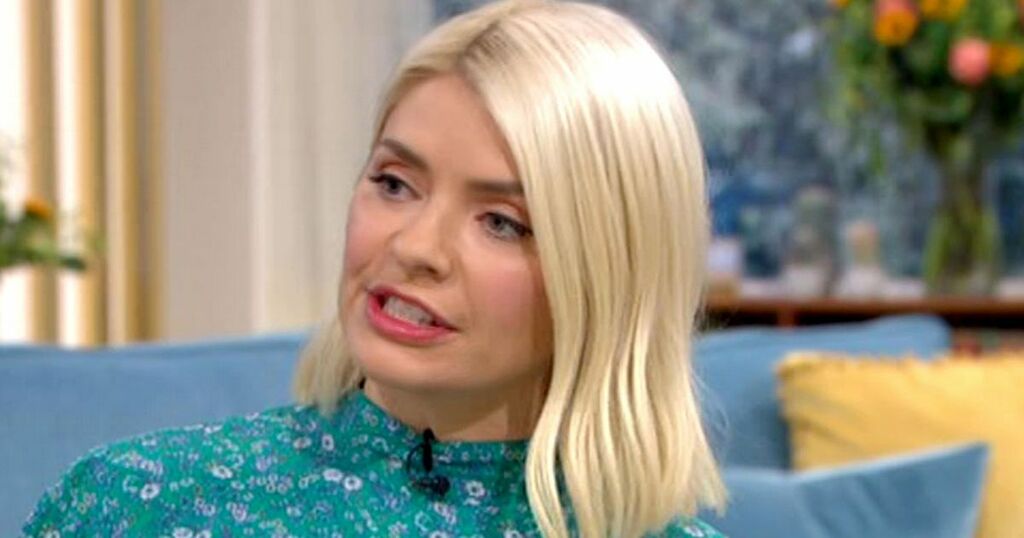 Holly Willoughby warned that Insulate Britain protests "will end badly" as tensions continue to heat up between motorists and protesters.

The 40-year-old and her co-host Phillip Schofield had been joined by Vanessa Feltz and Nick Ferrari to discuss the big headlines of the day.

Among them had been the protests, which yesterday saw a video circulate of a desperate daughter begging protesters to clear a road block so she can visit her sick mum.

The female motorist was filmed pleading with the eco-warriors saying needed to go to the hospital as her 81-year-old mum was currently on her way there in an ambulance.

However, the founder of Extinction Rebellion has admitted he would block an ambulance carrying a dying patient to hospital.

Discussing the situation, Phil said: "You look at this and think, initially we understood but now it's too far, read the room."

Nick agreed and suggested that there might be a change now as the public loses sympathy with the cause.

Vanessa added: "I think lots of us are broadly sympathetic to the idea that we want our descendants to breathe clean air and for the planet to continue flourishing and for human life to continue. I mean, we're not against it, we're in favour of it. But what is the point of stopping ambulances going through?"

Phil remarked: "Someone's going to get hurt, though."

"That's what I was going to say," Holly said. "Once you lose the sympathy of the public, then people will start to take matters into their own hands. We saw this - it happened on Wandsworth Bridge."

As a clip aired of people dragging protesters off the road to let an ambulance go through, Holly said: "I mean, this is not going to end well, is it?"

*This Morning airs on 10am on ITV