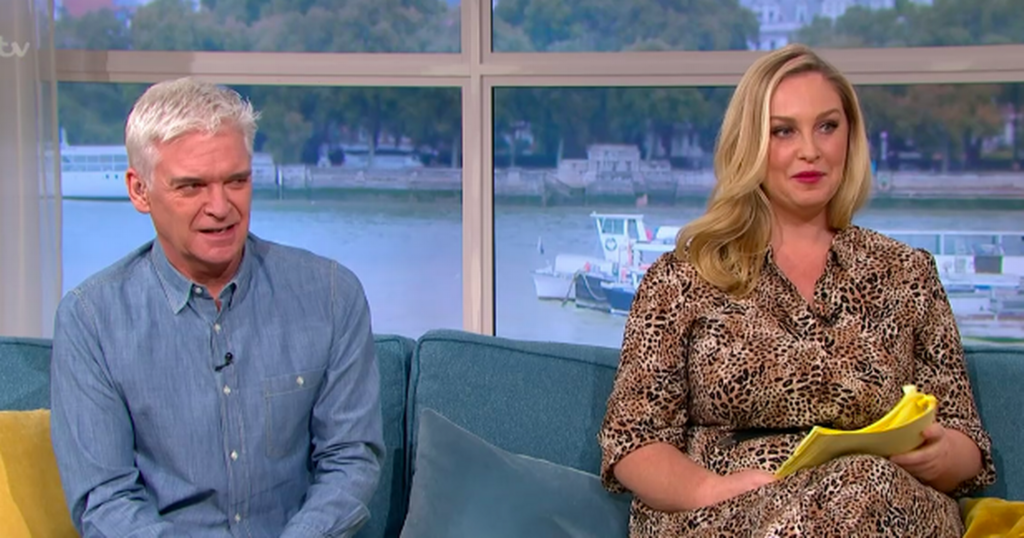 Holly Willoughby has been off sick from This Morning for the third day in a row after a stomach bug has left her feeling "proper rough".

But Josie Gibson filled Holly's seat on the sofa again today with Phillip Schofield as his usual TV partner rests up at home.

"I texted her this morning and so she is much improved from her stomach bug, but still not quite there but she will be by Monday. But she's had a proper rough time of it."

Josie then joked: "Well, I hope so. There's only so much I can wing it for her so hurry up and get back Holly, alright!"

On Wednesday's show, Phillip told viewers: "I was texting Holly all afternoon yesterday and apparently it's a tummy bug that is going around everywhere, everyone's got it and it is a two day thing so she's lost her appetite, so it's pointless her coming in because we've got such lovely food in today.

Mum-of-three Holly took to her Instagram Story to address her absence and thank Josie for standing in.

Posting a picture of Josie on the ITV show, Holly wrote: "Thank you @josiegibson85 for saving the day yesterday... you are a dream! I'll be back as soon as I'm in no threat of vomiting on @schofe."

Former Big Brother star Josie appeared completely at ease as she hosted the show alongside 59-year-old Phillip, but did admit that she was nervous.

"Didn’t think Holly would be back today but have to say prefer Josie #thismorning," one person posted.

Another tweeted: "So lovely and refreshing seeing Josie Gibson on @thismorning #ThisMorning love you Josie you look stunning!"

This Morning airs weekdays at 10am on ITV and ITV Hub.