The regeneration of a historic office building in Birmingham city centre has been boosted by a fresh injection of capital.

West Midlands Combined Authority has contributed £9.5 million to support the renovation of the Victorian Citadel building in Corporation Street which will create a mix of uses including new office, retail and social space.

London-based developer Kinrise, which specialises in reimagining and restoring iconic buildings, has now started work on the transformation of the Citadel which is expected to complete later in the summer.

It will have more than 46,000 sqft of office, retail and social space.

The developer said it would be operationally net zero carbon, powered by 100 per cent green electricity and have electric car charging stations and cycle storage spaces. The scheme is expected to create or safeguard around 350 jobs.

Kinrise's co-founder Sam Lawson Johnston added: "Our aim at Kinrise is to turn iconic yet un-loved buildings into creative and inspiring work and cultural spaces.

"Through our development of Citadel, we are proud to be able to usher a piece of Birmingham's architectural heritage into a new era.

"We are delighted to be working alongside the combined authority to deliver contemporary and collaborative office working to this dynamic city and are proud of our role in reviving the soul of Corporation Street ahead of Citadel's completion this summer."

This latest investment follows the authority's recent financial backing of the historic Murdoch Chambers & Pitman Building located on the opposite side of Corporation Street which will be turned into an aparthotel with 136 units.

Both the Citadel and Murdoch & Pitman investments are part of the authority's brownfield regeneration programme which uses money secured from central Government to provide new homes, jobs and commercial spaces on urban or brownfield sites.

West Midlands Mayor Andy Street added: "It's wonderful news that we have helped to unlock this exciting new development by Kinrise.

"Although this is their first foray into Birmingham, Kinrise are familiar with the modern renovation and repurposing of heritage buildings so I have great confidence in the revival of the Citadel building.

"This project is an excellent example of how we can combine modern technology and sensitive design with heritage preservation to give these beautiful buildings a new lease of life, generating fresh economic activity and job creation.

"What is particularly impressive about this scheme is the way Kinrise is taking an old, energy-hungry Victorian building and turning it into a zero-carbon 21st century space, fit for the future of work and play, simultaneously boosting our economy and tackling the climate emergency."

Corporation Street was originally developed in the 1870s as a Parisian-style boulevard which was vigorously promoted by the city's mayor Joseph Chamberlain.

A fictitious address on the street, 126b Corporation Street, features in The Adventure of the Stockbroker's Clerk, a Sherlock Holmes story written by Arthur Conan Doyle and published in 1893.

But the New Street Station end of Corporation Street suffered serious bomb damage during World War II with several buildings lost to the Birmingham Blitz and the subsequent redevelopments of the 1960s.

Citadel also counts Methodist Central Hall among its neighbours which has also recently received a boost after Irish developer Oakmount said it planned to convert the building into a mixed-use complex led by a new 'The Dean' hotel. 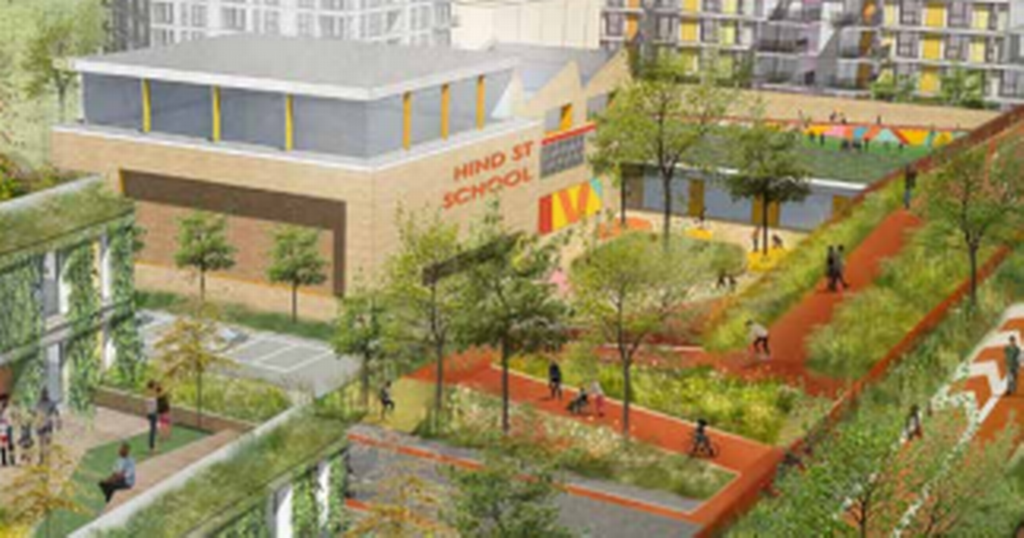 Liverpool Echo
One subscription that gives you access to news from hundreds of sites
Plans submitted to knock down much of the historic Corah factory in Leicester for 1,000-plus new homes