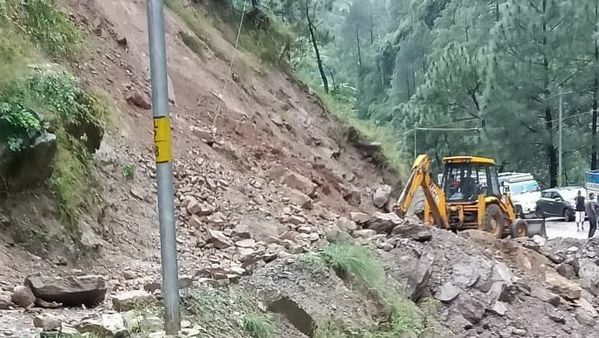 The Sub Divisional Magistrate of Banjar district in Himachal Pradesh told media, "The landslide blocked the National Highway 305 on Sunday morning due to continuous rainfall in the region."

However, no casualties or injuries have been reported and road restoration work is underway, SDM added.

On September 9, the India Meteorological Department (IMD) issued a yellow alert for rain till September 12. The IMD projected that districts like Kangra, Hamirpur, Solan, Shimla, Bilaspur, Una, and Sirmaur would receive heavy rainfall.

However, the IMD said that from September 12, the rain intensity would become lighter.

Meanwhile, tourists will have to pay a tax to enter Himachal Pradesh's Lahaul-Spiti district.

Rupee 50 is being charged from two-wheelers, ₹200 from cars, ₹300 from SUVs and MUVs, and ₹500 from buses and trucks. The tax money will be used for the development of the local area.