By Sage Swinton and Nick Bielby 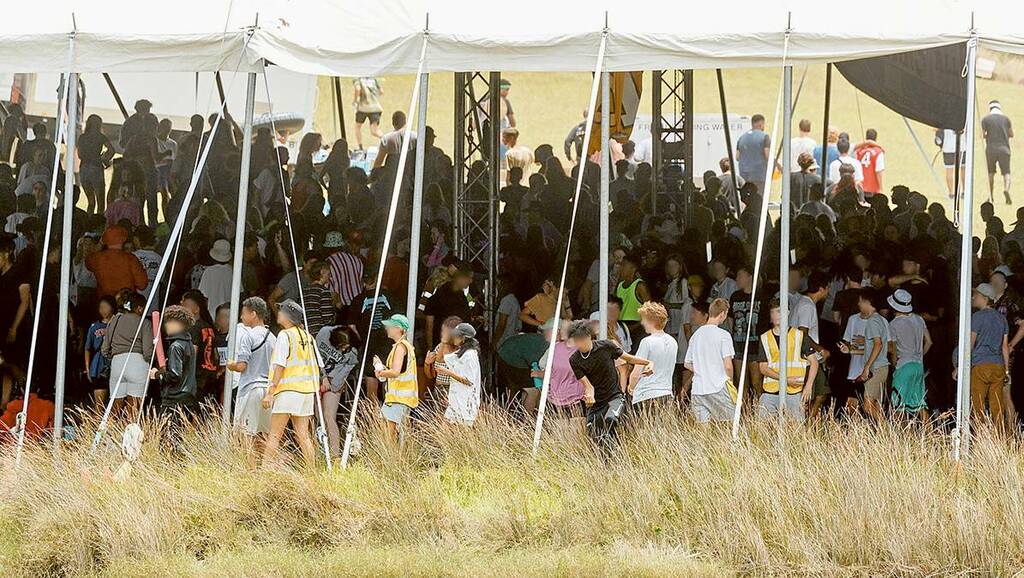 Hillsong has doubled down on defence of its youth summercamp, but has apologised and expressed regret for the "perception" it was not a safe event.

In a statement on Friday following backlash from the NSW Premier, musicians and the wider community, Hillsong Church said it had "always abided by public health orders as directed by each government", and "takes COVID safe procedures very seriously for all services and events".

Police seem to agree, having ruled out issuing the organisation with any infringement after attending the event and speaking with organisers.

Hillsong said the percentage of time spent singing at the multi-day event at Glenrock Scout Camp was "minor".

"However we regret giving any perception that we were not playing our part to keep NSW safe and we sincerely apologise to the community at large," the church said in a statement.

"We have since spoken to NSW Health and received instruction to cease congregant/student singing and dancing during the services that occur on the campsite and have immediately and willingly enacted that instruction."

But the church continued to claim the event was not a music festival despite social media videos showing music being performed on a stage to large crowds of people singing and dancing without masks.

"These are high school aged events that include sporting activities and games," the statement said. "They are alcohol-free events, held outdoors, and the number of students attending each camp is just over 200.

"The students are known to us and part of the same social network.

"All of these factors have been communicated by the NSW Government as low-risk as described under current guidelines. We have also implemented strict COVID safe procedures before and during each camp which include professional paramedics onsite 24 hours per day with testing capabilities."

The event is being held from Wednesday to Saturday. According to the Hillsong website, tickets to the youth event were as much as $314.

The NSW Premier said he received advice from the Health Minister that the event was in breach of the public health order and if that is found to be the case, should be fined accordingly.

Dominic Perrottet said he was "completely shocked" to see the footage

"I echo the frustration and anger that people right across the state felt," he said on Friday morning.

"What has got us through the last two years has been the efforts and sacrifices that many have made to keep people safe.

"That means that many businesses have had to tailor the way they operate, many people have had to change their behaviour.

"We made those rules and even if technically it was within the rules it certainly wasn't in the spirit of the rules.

"I understand that Hillsong are ensuring that it doesn't happen again but I was incredibly disappointed. These rules aren't there for the sake of it.

"I think everyone would feel completely frustrated and shocked by what they saw last night and we don't want to see that happen again."

The Newcastle Herald understands police, at this stage, do not plan to take enforcement action.

"NSW Police will liaise with organisers of an event, which is being held in the Newcastle area, to ensure future compliance with the Public Health Orders after NSW Health deemed the location to be a major recreational facility," Assistant Commissioner Peter Glynn said.

But Mr Perrottet said the advice he received from Health Minister Brad Hazzard was that the event did breach the health order.

"Authorities will work though that," he said. "My view is if the legal teams believe that it was in breach of the public health order then my expectation would be that a fine would be in place by the police force.

"Even if it is through a loophole, if we have to tighten loopholes we will, but I don't want to do that because that means it will capture a whole lot of other organisations that are doing the right thing.

"If they are in breach, which is what the information I've received from the Health Minister is, then a fine should be issued."

Senator Jacqui Lambie said the Hillsong church should be "slapped down" and fined.

Senator Lambie said on Nine's Today program on Friday morning that what organisers dubbed a "summercamp" at Glenrock "is a music festival, no doubt".

"Poor Newcastle, who had a super-spreader go around from a night club," she said.

"What is the difference? What, because they don't have a drink in their hand? Are you kidding me?

"Hillsong should be slapped down today, should be fined ... give them the fines, issue them and teach them a lesson once and for all."

NSW Chief Health Officer Dr Kerry Chant said at a press conference on Friday morning said she encouraged everyone in the community to think about the risks posed from these types of events.

"We've been very clear about singing and dancing," she said.

"Part of the issue around music festivals or events in pubs and clubs is it brings together different groups... there is a lot of mingling.

"Some of those issues don't occur in fixed locations."

A Hillsong "summercamp" in Newcastle has been ordered to "immediately stop singing and dancing" after videos on social media showed attendees singing and dancing without masks despite a recent public health order banning those activities at music festivals, pubs and clubs.

Videos posted to the Hillsong Youth Instagram on Wednesday and Thursday from the Wildlife Summercamp being held at Glenrock Scout Camp from Wednesday to Saturday showed people playing music on a stage to a large crowd of attendees singing and dancing under an outdoor tent.

The videos were slammed on social media as "double standards" after upcoming music festivals have been cancelled due to a public health order introduced this week.

Hillsong denied the event was a music festival, but NSW Health said on Thursday afternoon it had requested "Hillsong immediately stop singing and dancing" at the event.

"Singing and dancing at a major recreation facility is in breach of the Public Health Order," Health said in a statement.

"While the Order does not apply to religious services, it does apply to major recreation facilities and this event is clearly in breach of both the spirit and intent of the Order, which is in place to help keep the community safe," Health Minister Brad Hazzard said.

Hillsong said the social media videos reflected "a few minutes" of the "outdoor Christian services" component of the camp, of which singing is only a "small part".

The public health order forced the cancellation of the sold-out Grapevine Gathering at Roche Estate this Saturday, which had already been postponed from October.

A statement from Hillsong said the Summercamp events were "annual high school aged youth camps, and are not similar to a music festival in any way".

The statement said all students and workers undertook rapid antigen testing before attending, face masks were compulsory during travel on buses to and from camp and for workers serving food, a deep clean of the facilities was undertaken between the two camps, sanitation stations were provided, paramedics and testing capabilities were on site 24 hours per day and isolation protocols were developed for positive cases or close contacts, and where required all attendee details are registered for contact tracing.