Hilary Mantel on staging The Mirror and the Light: ‘I should have been doing this all my life’ 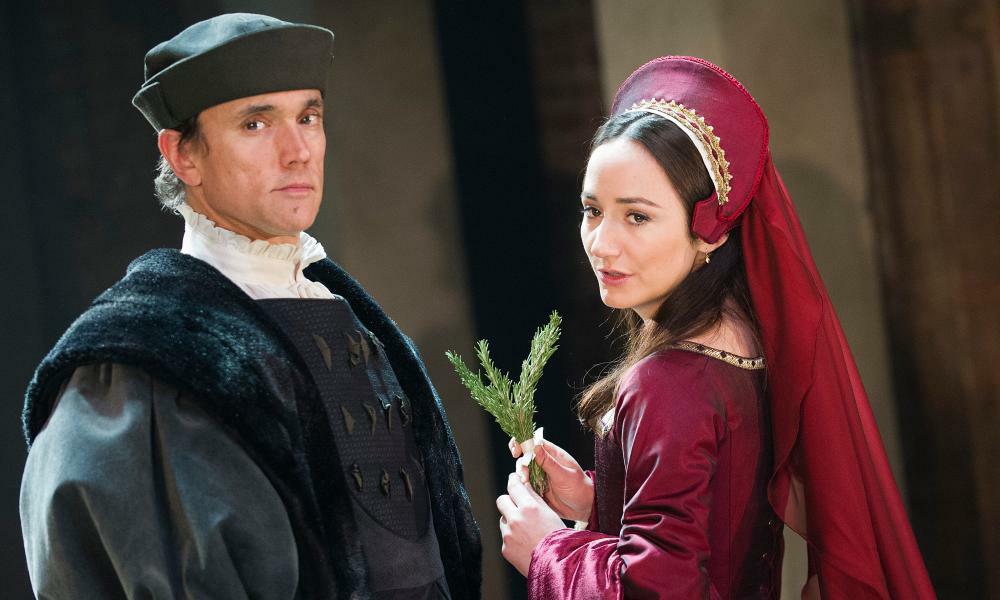 As the author of 12 globally successful novels, of which Wolf Hall and Bring Up the Bodies both won the Booker prize, Hilary Mantel seems an unlikely person to conclude that she picked the wrong business. But in a theatre rehearsal room in London, she says: “The thing is, I now know that I should have been doing this all my life.”

Her new love is playwriting. During lockdowns, she wrote the script of The Mirror and the Light – the 2020 novel that concluded the Tudor trilogy begun by her two Booker winners. Her co-author, swapping versions by email, was Ben Miles, who also plays Thomas Cromwell, the focal point of Mantel’s stories, as he did in the RSC double-bill of Wolf Hall and Bring Up the Bodies, which ran in Stratford-on-Avon, London and on Broadway from 2014-15. The first two were written by Mike Poulton but, as the productions developed, Mantel took increasing interest.

“It surprised me, when we did the first plays, how comfortable I was in a rehearsal room,” she says. “That awful self-consciousness that beset me all my life just left me. On reflection, I’ve always known it: I’m devoted to the theatre. But if you’ve got poor health, as I’ve had, it’s hard to work in a team. And when I started I had no literary resources and no contacts. The novel is a good form for someone who only has pencil and paper. But theatre is where I should have been, I think.” She doesn’t regret the novels? “No. Not in any sense. But I don’t see the plays as deriving from the novels but as things in themselves.”

Our scheduled interview was politely delayed because the director, Jeremy Herrin, needed Mantel in rehearsals (she attends most days) to answer questions from the cast about historical context and supervise the insertion of rewrites, an example of the emergency plumbing aspect of being a dramatist that distinguishes it from the slow isolation of book-writing, where novelists make changes, for themselves or editors, over years or months. These sudden callouts are, says Mantel, “the exhilaration of the process. Obviously, you anticipate as much as you can, but there’s a lot of fixing in the room. The voices – the way actors play off each other – can make you see the need for a bit more, a bit less, here and there.”

With Mantel unable to work with Poulton on what the company calls “play three”, she was wary of going alone. During a rehearsal break, Miles recalls: “Hilary asked me if I knew of any writers who might be available. So I had a think, then emailed her to say I’d really like to have a go myself. She said it was a great idea and she should have thought of it.”

They had already, in a sense, collaborated on the third novel, as performances of the first two plays became a sort of workshop for the final book. “I’d have Cromwell thoughts and insights on stage,” says Miles, “and would email Hilary on my way home. There was a moment when Cromwell was interviewing Francis Weston in the Tower and the actor playing Weston put in a detail of his legs shaking with fear and I felt that reminded Cromwell of something. That detail ended up in the novel.”

Mantel adds: “Ben said that he kept having, on stage, the memory of being under something like a bridge or an arch. I said, ‘No, it’s a cellar where he killed someone.’ And it began to fall into place. So we got a scene from outside history – unknowable.” Nathaniel Parker, who returns to the role of King Henry VIII, also left a mark on the page. During the Broadway run, he gave the novelist a big hug in the dressing room while in costume. In the mirror, Mantel noticed that the clanking royal chains of office had left a welt on her cheek. “That went into the book,” Parker says. “Hilary sent me the paragraph after she had written it.”

The novelist has come to feel that writing the books was itself a form of rehearsal: “I’ve been all of the characters for 15 years. I’ve been in and out of all those bodies and minds. I think, for me, writing is a very condensed and lonely form of acting. Everything has to be played out inside my head.”

The biggest test for Mantel and Miles was that barely a fifth of The Mirror’s 912 pages could be included. Does she miss bits? “No. It’s a radically different form of storytelling. I never think, ‘But we haven’t mentioned Robert Barnes!’, or whatever. The book would have made about 10 plays and you could only choose one.”

Their through-line is why Cromwell went from being rapidly promoted by a king who seemed to need him to sudden execution. “Golden moments of political power are just that,” Mantel says. “They are very quickly destroyed. Cromwell’s case is particularly marked because of his being promoted to Earl of Essex by the king only weeks before his downfall.”

For Miles, the drive of the script is “to focus on the moments in Cromwell’s career when he might have made a rash, wrong decision. The points at which his complacency might have clouded his judgment. We wanted to create a story in which the audience might think, ‘Ah, maybe that’s where Cromwell shouldn’t have done that.’” Parker’s view is that the king’s chief adviser was undermined by his outsider status: “Cromwell has no friends. I have a great speech to him as Henry, ‘England hates you.’ People don’t think this blacksmith’s boy from Putney should be so close to the king.”

Mantel is chary of Westminster or White House parallels – mainly because she feels that modern court favourites have a fraction of her protagonist’s brains and charm. But theatre-goers may find themselves thinking of the key confidants in recent UK and US politics – Dominic Cummings, Alastair Campbell, Steve Bannon, Donald Rumsfeld – who rise high only to fall. Miles is more willing than his co-writer to recognise such echoes: “Power goes very quickly and there are a lot of contemporary parallels – although in the 1530s and 40s, it wasn’t just a question of losing an election or your job, but losing your head.”

Mantel had to be careful in presenting this powerplay. “We were very aware this story can develop into a lot of middle-aged men shouting at each other,” she says and so shaped the script to give weight to the women: Princess Mary, Jane Seymour, Anne of Cleves. “I look at the whole play through a somewhat feminist lens because it’s there in Hilary’s writing,” says Herrin. “Hilary is very interested in the lack of formal power these women had but also where they found their power. The wives’ monthly blood on the sheets – or lack of blood – was the most important unit of timing in Tudor England. It gave women power but could also lead to femicidal misogyny.”

Miles and his photographer brother George are working with Mantel on a book of images and text about significant places in Cromwell’s life. A BBC adaptation of The Mirror and the Light, unrelated to the stage play, is expected in 2023, with director Peter Kosminsky and screenwriter Peter Straughan resuming their partnership from 2015’s Wolf Hall, their conflation of the first two novels. After that, Mantel says “I shall retire from the Tudors. And I only said that to myself about two weeks ago. I don’t want to be a Tudor talking head and book reviewer for ever.”

She has begun a new novel, set in 18th-century England, but is unsure if it will come to anything. As a lover of cricket, she has a telling metaphor for this new territory: “It doesn’t matter how many centuries you’ve scored in the past, you can fail in the next innings. Writing’s like that – the next ball can always catch you out.”

A geographical new beginning is also in prospect. She and her husband Gerald McEwen, a retired geologist, want to move to Ireland. “Gerald’s Irish and I’m Irish way back. But basically –” there’s a pause and she almost whispers the word – “Brexit. I want to get back into Europe. Gerald and I become more politicised in the last few years. We talk about it constantly: where are we at home, where will we be at home? We were both [English] northerners translated to the south and we’re both cultural Catholics, so we’re banking on the fact that, in modern Ireland, we will be at ease. But it’s a huge move – and our last move.”

Given the obvious strength of Mantel’s late theatrical vocation, other plays will presumably be written in Ireland? “I have to decide,” she says. “Finishing the Cromwell trilogy is a real landmark. There are lots of possibilities but I’m 70 next year and my health isn’t getting any better. I would love to do more work in theatre but I think it depends on my physical stamina. But, if it turns out I’ve left it too late, there’s nothing to regret.”