The Hilltoppers’ calling card is their run game and it starts up front with an offensive line that returns intact from last season. The best of the bunch is this 6-6, 295-pounder, who is the No. 11 senior in the state according to the 247Sports.com composite rankings. A three-star prospect at tackle, he’s a top-50 player nationally at his position and is committed to Wisconsin.

Most of the starters from last year’s 14-0 Class 4A state championship team have graduated, but Birsa is a good piece to build around. The 6-4, 285-pounder helped the Hilltoppers produce two 1,000-yard rushers and a 1,000-yard passer in 2021. The Northwestern recruit is No. 12 among Illinois seniors and a top-60 player nationally among interior linemen.

Another Big Ten recruit, Barrett is committed to Indiana. The 6-7, 275-pound senior is No. 14 in Illinois and also had offers from Cincinnati, Illinois and Iowa State among others.

Football is a family affair for the McMillens: Bob is the Spartans’ coach and an Arena League Hall of Famer, while TJ is one of the nation’s top interior linemen. The 6-3, 270-pound center has more than 30 offers and is committed to Illinois. He’s the No. 19 senior in Illinois and is an academic all-stater.

Ranked 34th among seniors in Illinois, Jimmar can be an impact player on both sides of the ball for the Bengals. A 6-5, 280-pounder, he’s committed to Northern Illinois.

The 6-6, 295-pounder will be a second-generation Division I football player as his dad Simon played at Nebraska and Kansas State. Trenton, ranked 43rd among Illinois seniors, is committed to Eastern Michigan.

Another top prospect from the North Suburban Conference, Hansen is the 17th-ranked junior in the state. Illinois is among the schools that have offered scholarships to the 6-6, 290-pounder.

The 6-4, 310-pound senior is back to help anchor a veteran offensive line for the returning Class 7A state semifinalists. He has more than a dozen offers, including from all three service academies, and has been getting significant Ivy League interest. 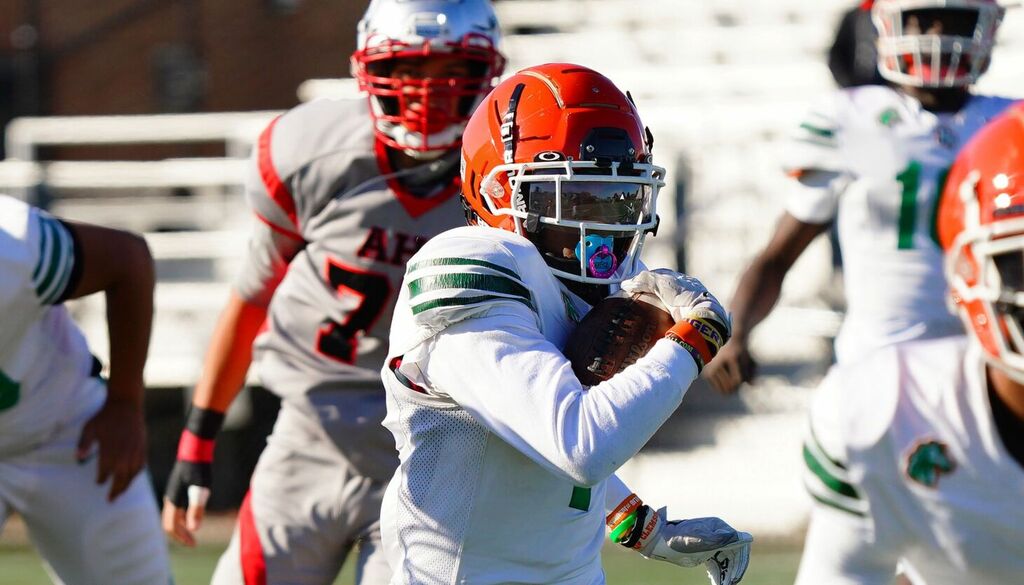 High school football preview: The top 10 running backs
A four-star prospect and a pair of teammates are among the area’s top running backs.

Chicago Sun-Times
From analysis to the latest developments in health, read the most diverse news in one place.
High school football preview: The top 10 receivers

Glenbard West’s Joey Pope enjoyed the Hilltoppers’ roll to the Class 4A basketball state title, but he thinks it’s time…

Friday nights in Ohio have always produced top-tier talent on the football field. This year is no exception.

Ethan Middleton and DJ Stewart, now juniors, will run behind a large, experienced line led by seniors Nick Strelczyk and…