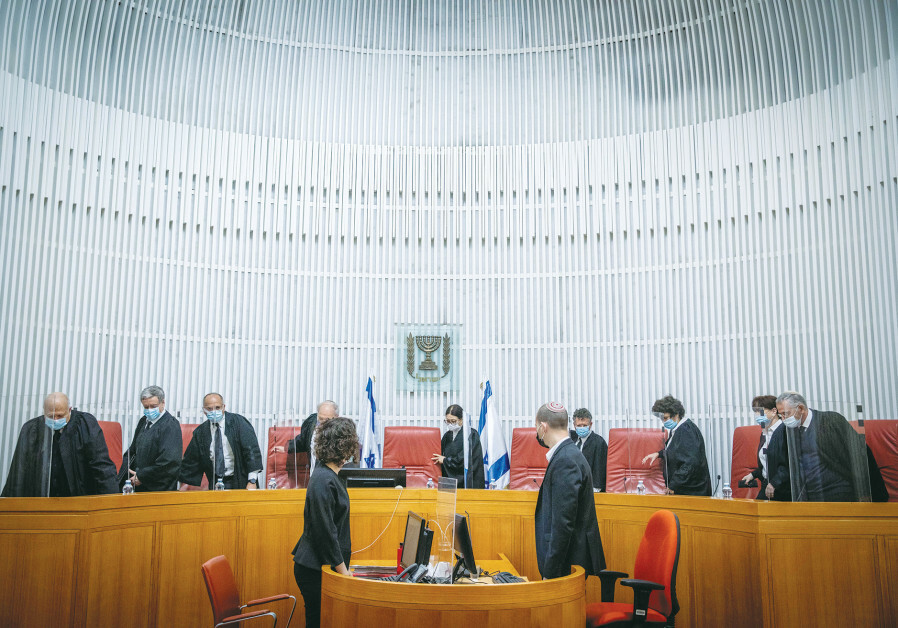 The High Court of Justice appears so terrified of the issue of haredim (ultra-Orthodox) serving in the IDF that it is blatantly violating its own deadlines. According to the High Court’s generous decision last July, the current government had six months to resolve the issue with a new law. That time period expired this past Thursday, with the government asking for another three-month delay.

Three months doesn’t sound so long – except that the issue has been on and off before the High Court for almost 20 years. In 2002, the government passed the Tal Law to more seriously address the issue that haredim were not serving in the IDF while other Jews were drafted.

However, multiple governments used the law’s loopholes to avoid the issue, hoping to work with haredi political parties to form coalitions. By 2012, after granting the government innumerable delays, the High Court struck down the Tal Law and set a supposedly real deadline by which all haredim would be drafted if a new law was not in place.

A government of the Likud and Yesh Atid passed a law to more aggressively draft haredim, but this law was tossed in 2015, when the Likud ditched Yesh Atid for a return to a coalition with the haredi political parties. That new government passed a law that blatantly disregarded the basic military inequality. The High Court struck that law down in 2017, again after multiple delays. The threat of drafting all haredim was back on the table. Except that from 2017 until now, there were more delays because of new governments or new elections. With this record of granting delays, it is no wonder that the current government did not take the High Court’s latest deadline seriously.

But the extreme level to which the court is intimidated from confronting the government on the issue would have been covered up – if only the government had voted on its new bill on Monday.

True, the High Court would have ignored its own deadline of last Thursday, but what is waiting another four days when 20 years have lapsed on an issue?

And then, the coronavirus had the nerve to expose the High Court’s failure to enforce its own deadlines by infecting enough coalition members that the vote had to be postponed until at least next week. Now, if the High Court does not rule until then, it will be allowing its deadline to be laughed at for around 10 days or more.

And the truth is even worse.

The government’s vote would only be a first vote to start the legislative process going, which would probably drag out for months – hence, the asking for three more months. In addition, the truth is that the government’s latest shot at integrating haredim into the IDF is far weaker than the Likud-Yesh Atid law of almost a decade ago.

On the positive side, the law would strongly encourage haredim to join the workforce, an important issue to resolve, and it does have more significant incentives than the law the High Court struck down in 2017. There are also proponents of the law who say the IDF does not really want more than a certain percentage of haredim, due to the extra money and resources it must spend on some of their special religious, educational, and social needs.

But all of this misses the point.

As long as any other Jewish Israeli must serve in the IDF or do national service, it will be hard to get the High Court to sign off on any law that does not equalize the issue for haredim within a period of a few years. Anything less than equalization – even if only drawn out over a decade or more – will likely be viewed by the High Court as entrenching some lower level of discrimination.

So why would the court keep pushing this off? There could be any number of reasons.

One of them, as former deputy chief justice Elyakim Rubinstein has told The Jerusalem Post, is that the High Court views complex social issues like haredim in the IDF as best being solved by the political class, and will step in only when it is apparent that the political class will not resolve the problem.

Another reason could be that the High Court is far more terrified of bringing the government down on this issue and bringing back the Likud’s Benjamin Netanyahu. The former prime minister not only had an incredibly combative relationship with the legal establishment over the last four years, but he has also made it clear that he is against pushing the haredim toward serving in the IDF any more than their political parties will tolerate. Therefore, the High Court may see sticking its head in the sand as the least-bad option.

However, such an approach also has a price. It sends a message to the vast majority of the Israeli public that discrimination over serving in the IDF is legal, even if the High Court has not ruled it to be so. It also tells the current political class that it might be able to ignore other issues of legality, if the court may view some other ruling as too dangerous since it could break the coalition. Kicking this can down the road has not served anyone well.