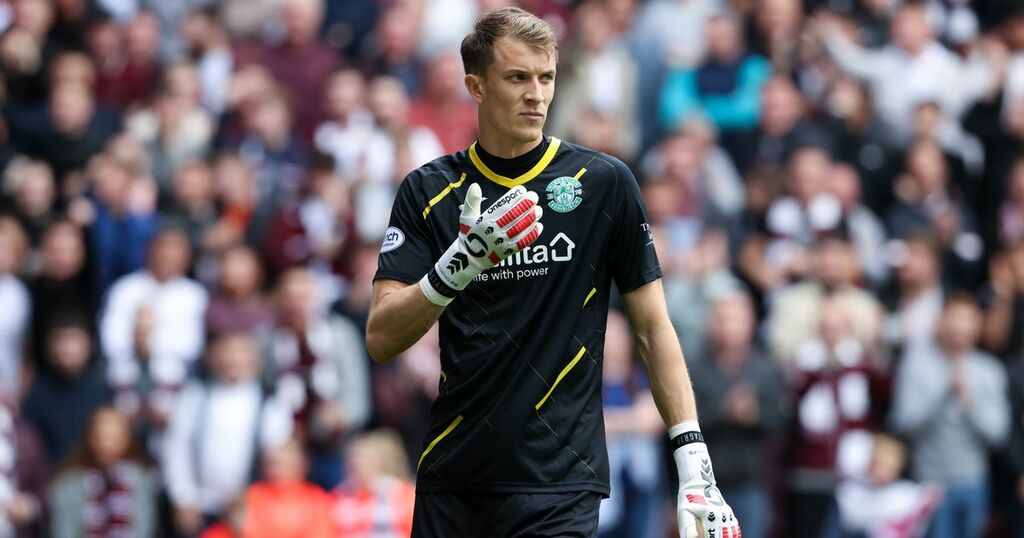 Hibs hero Matt Macey has credited the supporters with keeping them in this afternoon's Edinburgh derby.

The former Arsenal goalkeeper - making his first appearance in the city clash - made a string of superb saves to earn the Hibees a point at Tynecastle as they played out a stalemate against rivals Hearts.

The giant 27-year-old starred for the Hibees in Gorgie as both Edinburgh teams had to make do with a share of the spoils.

They sit a point behind champions Rangers in the Premiership 's pole position after an entertaining draw in the capital.

For Macey, it was an experience like no other.

Speaking to Hibs TV, he said: "It was new for me - a special atmosphere that you don't really get at many places in the UK.

"I'd heard a lot about it, seen a lot of stuff from previous years and it's great for the fans to be back and experiencing that after a while.

"In terms of the team, it just drove us on, especially in the first half when we had our backs against the wall at times.

"They kept us in the game."

Poised in second spot, Macey is happy with their start to the season but admits the challenge now for Jack Ross ' team is to find consistency headed further into the campaign.

He added: "It was a tough game, end to end and it felt entertaining.

"We've had a good start - we pride ourselves on good results wherever it is in the league and consistency is important throughout the course of a long season.

"We've set our standard now and we really want to push on."