Hesitancy is down but diehard vaccine resisters remain. Can freedom woo them? 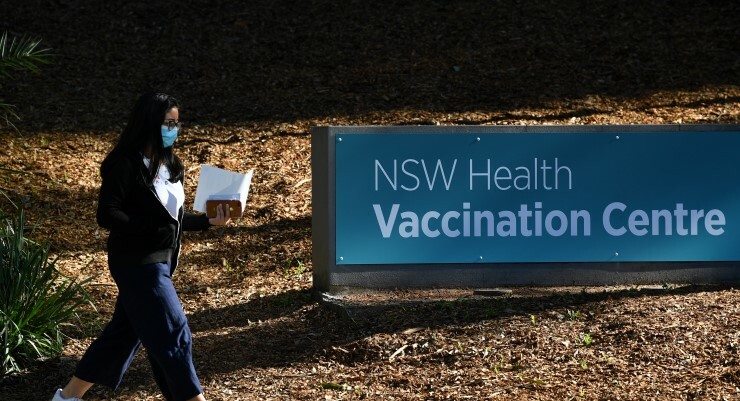 Death concentrates the mind. So, perhaps, does the idea of freedom.

A volley of surveys released in the past 24 hours shows vaccine hesitancy has lessened in Australia as the outbreak of the Delta variant of COVID-19 has grown, along with the lure of freedom promoted by the Morrison and Berejiklian governments in particular.

The open question is: will the promise of freedom day work?

A survey provided to Crikey by ORIMA Research covering the fortnight to September 3 shows 69% had had at least one dose and 20% were seeking or open to being vaccinated — leaving just 10% of the population hesitant or resistant to vaccinations. The 10% figure was a major shift compared with the 31% who were hesitant or resistant in late July.

Among those who were unvaccinated in August, the number of hesitant dropped from 21% to 17% over the month. The proportion who were resistant dropped from 29% to 20%, ORIMA’s research shows. (The ORIMA Covid-19 recovery tracker has covered 25,873 respondents since April 2020.)

The ANU’s data was similar. It found vaccine hesitancy among the unvaccinated had fallen from 17.1% who said they definitely would not or were unlikely to get vaccinated in April to 14.6% in August.

“There is guarantee that a decline in hesitancy amongst the unvaccinated will continue as more and more people get vaccinated,” said study author Professor Nicholas Biddle from the ANU’s centre for social research and methods. “It leaves open the question of if there is a hard core which will remain resistant to vaccination.”

Another survey, released by the Melbourne Institute yesterday, found the percentage of people unwilling to vaccinate stood at 11.7%. And it identified that 8.6% of people were unsure about vaccination. This was a drop (from 9.8%) over a fortnight.

The combined figure of the unsure and unwilling — at 20.3% — prompted a warning from vaccination communications expert Professor Julie Leask that sophisticated communication strategies would be needed if Australia wanted to reach high vaccination coverage of 90%.

Other groups with low vaccination rates were those who have a fear of infection, are experiencing psychological distress, have low confidence in state/territory governments and report being very religious.