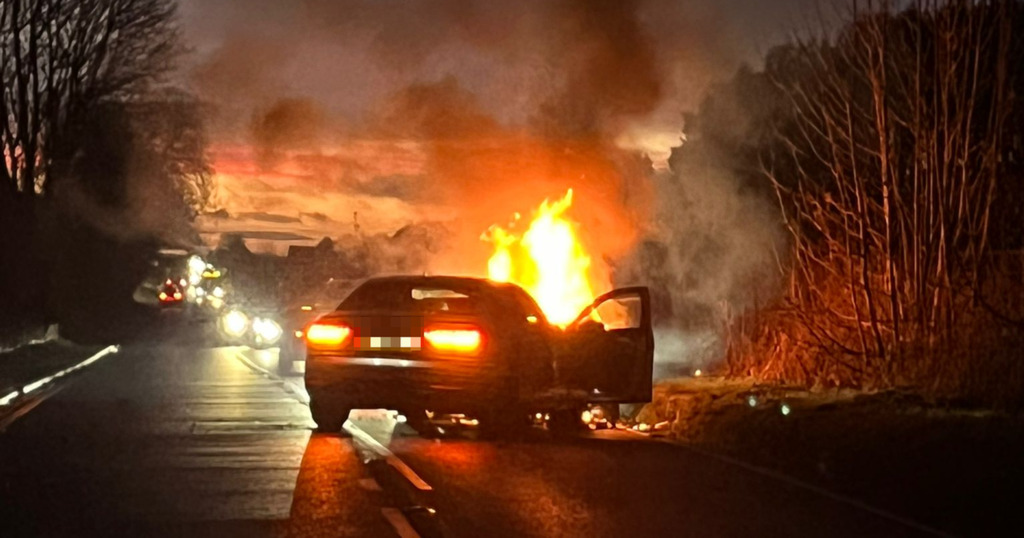 A man has described the dramatic moment he and three other bystanders lunged into a burning car to pull the driver free after a head-on smash during rush hour on Wednesday.

Asif Iqbal was driving to work on the A919 in St Michael's, Fife - near the Leuchars Army base - when the two-car collision occurred directly in front of him.

In the seconds after the head-on smash Asif, along with a woman and two Army men on their way to Leuchars, leapt from their cars and ran to help.

They pulled the occupant of one of the cars free as it caught fire, potentially saving his life.

Speaking to the Record following the smash at around 7.50am on January 12, Asif said the entire incident lasted just seconds.

"The cars just hit head-on and I got out the car and the driver was just sitting there in a daze," the 40-year-old scientist said.

"The airbags had come out and the fire started in the car opposite.

"We all just said, 'We better get this guy out the car'."

Seconds after Asif and the others pulled the driver from the car and got him clear, both vehicles were consumed with flame.

"The fire surrounded the cars quite fast," he added.

"We sat the guy down on the pavement before we knew it the whole car was engulfed in flames.

"Both cars burned out really, really bad. We were all in total shock. It was pretty extreme.

"There were sparks flying from the cars and everything. You'd think it was fireworks - it was like that movie, Apocalypse Now."

Around a dozen emergency vehicles - including a fire engine from Dundee and two from Fife - descended on the scene in minutes to attend to the wounded.

The other driver was able to get out of his vehicle.

One man has since been taken to hospital and police have opened an investigation into the cause of the collision.

Asif, who lives in Dundee works for energy company Drochaid Research in St Andrews, insists that he and his fellow bystanders aren't heroes - merely people who stepped in to do the right thing.

"I've got three kids and I was thinking about what people would do if this had happened to me," he said.

"Life is so fragile and this was very scary. I've seen a few bumps but nothing like this.

"You don't leave the house to go to work thinking you're going to pull someone from a burning car.

"But things happen and everybody has to chip in and do their part to help."

A Scottish Fire and Rescue Service spokesperson said: "We received a call to attend a serious road collision at 7.52am.

"The Fire and Rescue Service attended to assist, and Police Scotland and the Scottish Ambulance Service were also in attendance.

"Two vehicles were involved, however both occupants had been released prior to our arrival.

“The vehicles were on fire so we extinguished them. A stop call was received at 08.33am."

A Police Scotland spokesperson said: "Around 7.50am on Wednesday 12 January 2022, police received a report of a serious road crash involving two cars on the A919 between St Michael's and Leuchars.

"Emergency services are in attendance and one man has been taken to hospital. The road remains closed.

"Enquiries are ongoing to establish the circumstances."