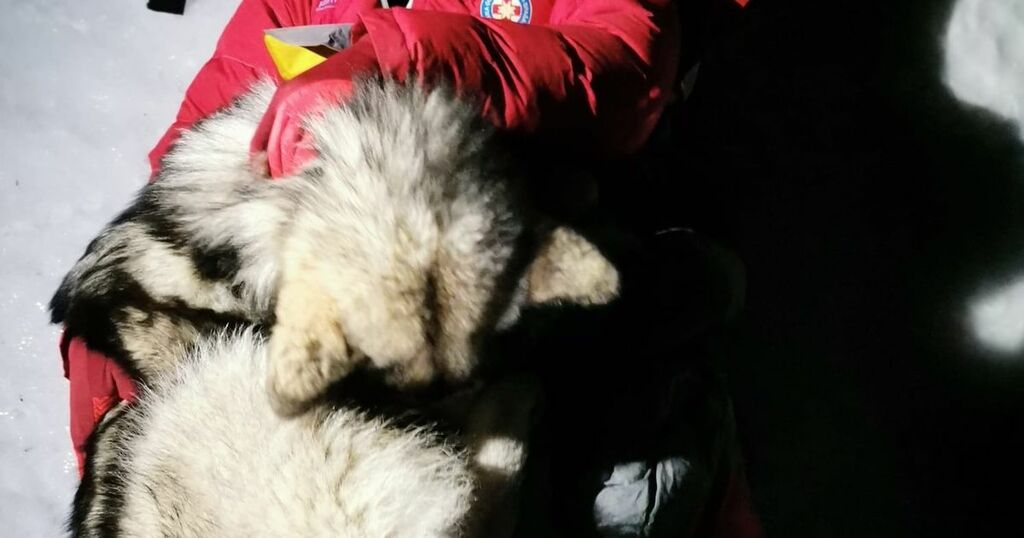 A man’s dog has been branded a hero after keeping his stranded owner Grga Brkic warm whilst he was stuck in the Croatian mountains.

Brkic was with two other hikers in the Velebit mountain range when he fell down a 500ft slope and was unresponsive.

The two other hikers alerted mountain rescue and 27 responders found Brkic with North tightly curled around him for warmth.

In a statement on Facebook, the Croatian mountain rescue service said: “Friendship and love between man and dog know no boundaries.

“North passed without injuries, but his friend, a young mountaineer, was not so lucky. He curled up with him and warmed him with his body.

“His loyalty did not stop even from the arrival of the saviour, he was one of us guarding his man for 13 hours.”

Velebit is the largest mountain range in Croatia at nearly 1,800 metres above sea level.

Mountain rescue have warned against taking dogs for hikes in poor conditions particularly during the winter months.

Mr Brkic described his dog as a “real miracle”, reports the Express.

The rescue team shared a poignant picture of the eight-month-old Alaskan Malamute lying on top of Brik even as he laid on the rescue stretcher.

He told local media that “the minutes and seconds before they arrived were so slow”.

One user said: “The heart of a dog is beautiful, maybe he saved the man's life…”

Another added: “How much love a dog has, we humans need to look up to these wonderful creatures.”