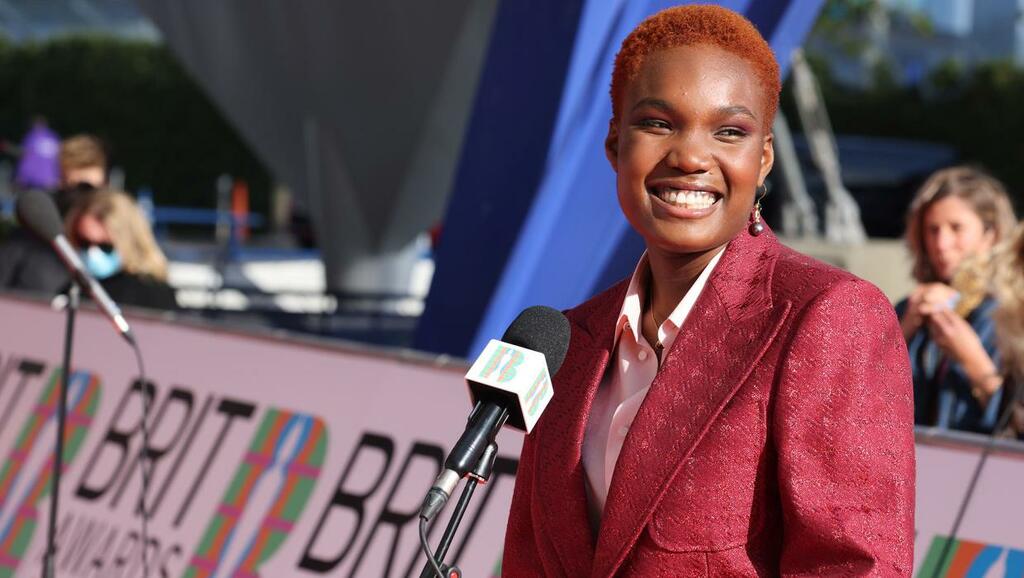 The Independent UK
Editorial: Can a cartoon character turn you LGBTQ? Kansas’ Sen. Roger Marshall seems to think so
It’s becoming clearer by the day that the Republican Party is betting that animus toward LGBTQ Americans is a big… 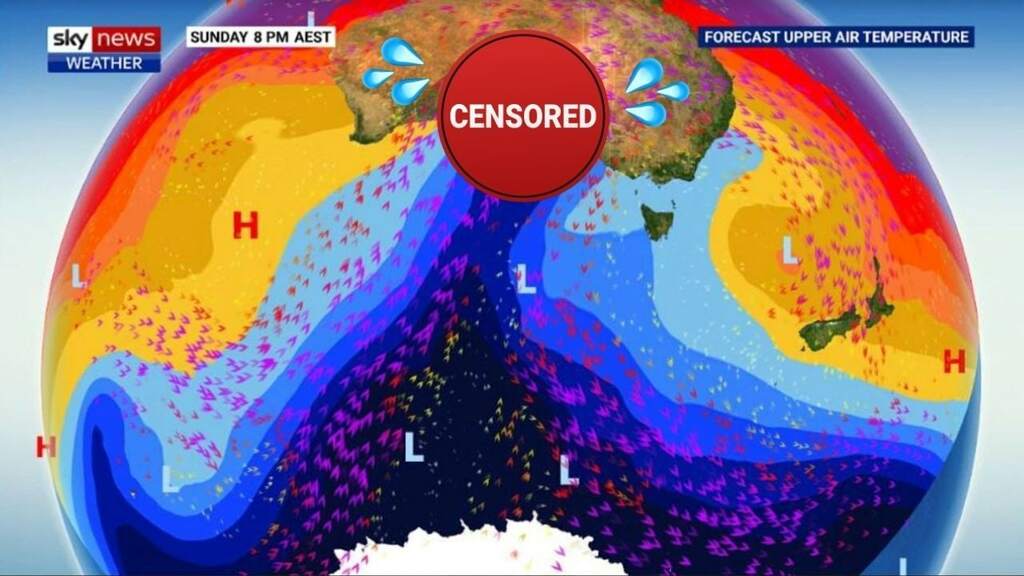 At a time Chicago nightclubs pulsated with the sounds of The Jackson 5 and The Chi-Lites, Helen Wooten stood out.

And not just for her flaming red hair, sharp way of dressing and the golden Rolls-Royce Corniche she drove.

Miss Wooten promoted, booked and managed hot music acts at such famed South Side clubs as the High Chaparral, the Godfather Lounge and Perv’s House, run by Pervis Staples of the Staple Singers. Sometimes, she had invested in the venues, too.

In the 1960s and 1970s, “You just didn’t see women, especially Black women, in those types of positions,” record executive Jun Mhoon said.

In addition to The Chi-Lites and The Jackson 5, Miss Wooten booked or provided other boosts to the careers of performers including The Temptations, LL Cool J, Will Smith, En Vogue, Donell Jones and Da Brat.

If performers needed help, she’d buy them groceries, get them clothes, pay their rent.

“So many people got started because of her,” said singer Tomiko Dixon, blues legend Willie Dixon’s granddaughter.

“If they were from [music labels] Motown or Brunswick or Vee-Jay, anything to do with soul, blues, doo-wop, R&B, hip-hop, Helen had her hand in it,” Dixon said. “She knew my grandfather. She knew B.B. King. If you came to Chicago, if you needed a loan, if you needed a producer, she connected them. If they needed a drummer, a singer, any type of musician, if they needed a venue, Helen was there for you.”

Miss Wooten, 72, died May 5 at Wentworth Rehabilitation & Care Center on the South Side, according to singer Scarlett Parks, whose career she managed.

The cause was complications from diabetes, according to Miss Wooten’s son Charles McFerren.

“Everything goes back to Helen. Excuse the expression, but she was ‘The Man,’ ” said producer-arranger Benjamin Wright, who worked with performers including Donny Hathaway, Destiny’s Child, Earth, Wind & Fire and Frank Ocean and arranged strings for Michael Jackson’s album “Off the Wall.”

“She was a trailblazer and one of the go-to promoters,” said Tony Wilson, who performs as Young James Brown.

“She had a great personality, just down-to-earth,” said guitarist Keith Henderson, who has played with Beyoncé, the Emotions, Quincy Jones and The Temptations and whose deep voice can be heard saying “We are the Bears” on the chorus of “The Super Bowl Shuffle.”

Miss Wooten wouldn’t get in people’s faces — unless she thought she needed to.

And then, Mhoon said, “She used profanity and anything else. She carried a gun. She really had to make sure people knew she was about business.”

“Sometimes, she would do a little screamin’ and hollerin,’ ” promoter-agent M’Buzi Levine said. “Being women, you had to take a stand because they’d say, ‘Oh, ya’ll don’t know what you’re doing.’ ”

“If you were her artist,” Parks said, “She’d say, ‘I’m not going to let anybody take advantage of you.’

“She didn’t hang with the gangsters,” Parks said. “But they knew she was very powerful and influential. They knew Helen called a lot of shots. She got a lot of people started, and they respected her.”

“She would put new artists on shows with established artists, and she would make them do it,” Mhoon said. “If Helen Wooten was booking the show, until the end, she was elevating new talent.”

He was just 16 when he was working as the house drummer at the High Chaparral.

“Whenever the authorities came in — and I was a little guy — she told them, ‘No, that’s my son, leave him alone,’ ” Mhoon said.

Miss Wooten also booked shows in Atlanta and Memphis, according to Levine.

Born Helen Saffold, Miss Wooten went to Marshall High School on the West Side. She organized school talent shows and once worked as a junior DJ at WVON radio, Parks said.

She went on to work as a phlebotomist and supervisor at what’s now Rush University Medical Center, according to Parks, while, working nights, she built her career as a concert promoter, talent booker, manager and nightclub investor.

People she worked with attributed her success in part to her ability to manage the controlled chaos of live concerts.

In the 1970s, when Teddy Pendergrass was singing with Harold Melvin & the Blue Notes, friction between Pendergrass and Melvin put Miss Wooten in a jam because she’d booked the group to play the High Chaparral.

So she reached out to Marshall Thompson of The Chi-Lites.

“She called me and said, ‘Marshall, I’m in trouble,’ ’’ Thompson said. “She said she had Teddy Pendergrass doing the show for her, and he canceled. She had all this soldout money, and she said, ‘I need somebody bad.’ ”

The Chi-Lites had earned some of their first paychecks thanks to Miss Wooten, and they never forgot that.

Besides resourcefulness, the concert was a testament to her resolve. She was determined to be there even though she’d been shot a few days before during a robbery at her home, she once told the Chicago Reader.

“I came out of intensive care to come out to that show,” she said.

Another time, Parks said, Miss Wooten arrived at a party at a mansion where the guests included singer Melba Moore and Joe Jackson, father of the Jackson musical dynasty.

“Helen knocked on one of the doors, and a young man said, ‘This is for VIPs only,’ ” Parks said. “She said, ‘I’m Helen Wooten, and if you don’t know who I am, you better go ask somebody.’ He just opened the door and hung his head.”

Miss Wooten possessed what music industry people call a “golden ear” — the ability to spot a hit. When En Vogue was starting out around 1990, she foresaw that “Hold On to Your Love” was going to be big.

“She told them exactly what song to pick,“ her son said, and she told the group: “ ‘That’s y’all’s hit right there.’ ”

Parks said Miss Wooten would listen to her sing and offer sound advice, like: “You’re singing it OK, but I need you to use your upper tone.”

While out on the town, she often wore custom clothing from designer Barbara Bates, who called her “a boss.”

“Once, I came home to Lionel Richie sitting in my living room,” said McFerren, who raps under the name Charlieon.

She was a familiar figure at Black Radio Exclusive conventions.

In the late 1980s her 18-year-old daughter Toyia Nikole Wooten was found slain in Texas. In her memory, Miss Wooten named her record label Toinik, according to her son.

Miss Wooten also is survived by her sisters Jean Merrell and Lois Smith, brother Ray Saffold and one grandchild, said her son, who is planning a celebration of her life in June.

The Independent UK
Editorial: Can a cartoon character turn you LGBTQ? Kansas’ Sen. Roger Marshall seems to think so
It’s becoming clearer by the day that the Republican Party is betting that animus toward LGBTQ Americans is a big…