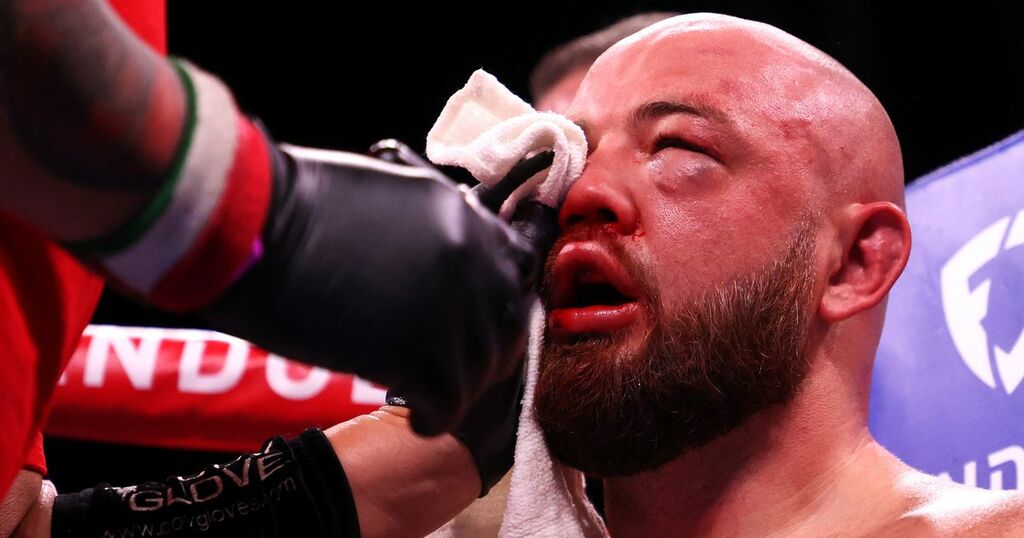 Top heavyweight fighter Adam Kownacki has been warned that he must not blow his nose after suffering a fractured skull during his defeat on the undercard of Tyson Fury vs Deontay Wilder 3.

The Polish-American boxer took on veteran Robert Helenius on Saturday night in a rematch of their March 2020 bout, which was one of the last boxing matches before the coronavirus pandemic began.

And despite entering both fights as favourite, Kownacki was stopped in each, with Helenius landing knockouts in the fourth and sixth rounds of their two bouts.

But Kownacki suffered much more serious injuries in the rematch, having his orbital bone fractured after relentless attacks from the opening round until it was finished in the sixth.

And a doctor's report made available to ESPN, Kownacki has been warned not to even blow his nose as he recovers from his gnarly injuries.

"You have a fracture of the orbital floor and will need to follow up with an ophthalmologist and plastic surgeon," the summary says.

"Do not blow your nose. Elevate your head use ice packs."

Kownacki's manager Keith Connolly confirmed to ESPN that he had suffered a left orbital fracture in the first round of his loss to Helenius.

The rivalry started in March of 2020, when Helenius travelled to Kownacki's hometown of Brooklyn, New York for a bout that was considered by many to be a foregone conclusion for the then-unbeaten fighter.

Helenius, 36 at the time, was considered to be the perfect opponent for Kownacki, and was a monster underdog heading into the clash.

Kownacki was perceived as just one fight away from becoming a mandatory for Anthony Joshua's WBA super title at heavyweight, which the Brit has since lost to Oleksandr Usyk.

But Helenius arrived at the Barclays Center and flipped the script, stopping Kownacki in the fourth round in a major upset victory.

Did you watch Robert Helenius' brutal win over Adam Kownacki on Saturday night? Let us know your thoughts on the fight in the comments section!

And before a decision could be made about what would be next for the giant 6'7" Finland native, the onset of the coronavirus forced him out of the ring for over a year.

The pair's rematch was later confirmed for the undercard of Fury and Wilder's trilogy, and Kownacki was once again made favourite, but would once again take a loss.

“Right now, I want to go home to my family,” Helenius said in a post-fight interview with Fight Sports. “I’ve been away from them for four weeks. Then we can worry about what’s next.

"We have been training for this fight for two years so I was ready, I could have been in a bit better condition but I felt confident and comfortable in the ring.

"Every time the round was over I needed to breathe, but that's boxing.

"He got hit hard in the first round, I took him back to the place he was in the last fight, that's not the place to be."