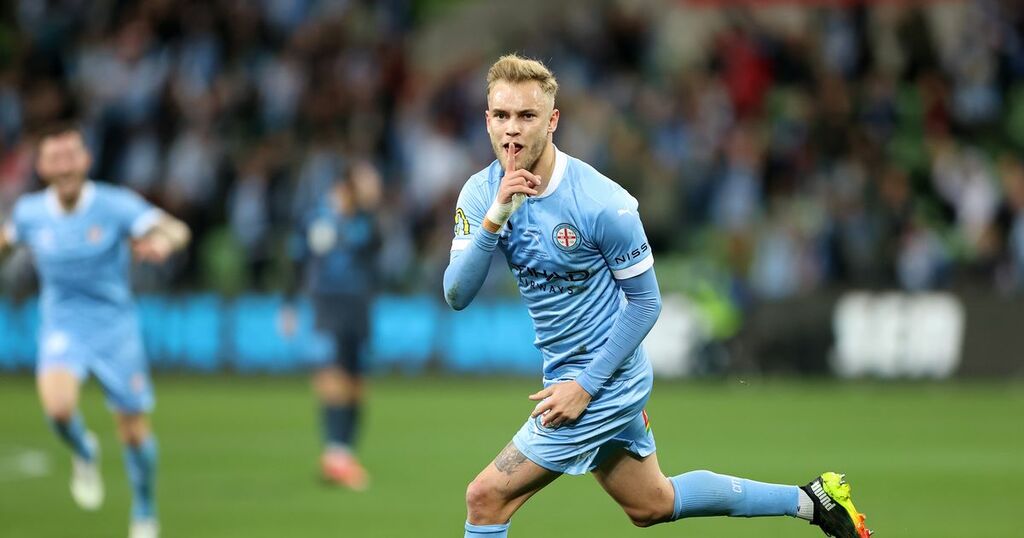 Hearts have completed the signing of Nathaniel Atkinson on a three-and-a-half year deal from Melbourne City.

The 22-year-old arrived in Edinburgh today after agreeing a contract with the Jambos in December.

He will join up with fellow Australian Cammy Devlin, who is a midfielder for the Tynecastle club.

Atkinson described the move to Hearts as a 'match made in heaven' following his unveiling.

"It took some time to get it all sorted with Visas and such, but It's good to finally be here," he told Hearts TV.

"I first heard about Hearts' interest about a month or two ago.

"I had gotten to a stage in my career where I was ready to play in Europe, and fortunately Hearts were interested.

"It was a match made in heaven and things moved pretty quickly after that."

On new teammate Devlin, he added: "I've known Cammy for about three years; first met in the junior Australian camps. We hit it off straight away; he's a bit of a rascal. It'll be good to see him again.

"A lot of Australians have come here, done well and had a great career out of it. I think that's pleasing and reassuring that this was the right move for me."

Trophy success is the long-term aim for Atkinson, who said he can't wait to get on the pitch.

He said: "Win as many trophies as possible and to play for the fans and enjoy myself. I think when you're happy and enjoying yourself, that's when your best football is played.

"I'm so excited to play at Tynecastle. The fan culture is slightly different in Europe than Australia. I know that Hearts fans bleed for the club and fight for the players. I can't wait to be part of that."