'He will win': Pocock victory on the cards, but count could drag on

David Pocock will defeat Zed Seselja to claim the ACT's second Senate seat, election analysts believe, although it could take weeks for the historic result to be made official.

Senator Seselja hasn't conceded defeat, and for a third consecutive day made no public comment about the race or his political future.

But his fate is all but sealed, according to independent experts surveyed by The Canberra Times.

With more than 75 per cent of the vote counted, election experts believe preference flows from the Greens and independent Kim Rubenstein will push the former Wallabies captain past Senator Seselja and into a seat in the Federal Parliament's upper house.

"I think he needs 60 per cent of preferences. It is almost inconceivable that he gets less than 70 per cent, and it's more likely that he gets 80," Mr Bowe said.

"It's possible that Greens preferences alone will get him there."

Independent election analyst Kevin Bonham also had no hesitation in declaring that Mr Pocock would win, which would make him the first independent to secure an ACT Senate seat.

"I expect the preferences from the Greens and Kim Rubenstein will be so strongly to him [Pocock] that he will win," he said.

"It's just that simple."

"Pocock does need to do well on preferences to win, but he doesn't need to do that well," Mr Raue said.

"The mix of people who are giving preferences in this count are very left-leaning and would be favorable to David Pocock."

The ABC was still listing Mr Pocock the "likely" winner of the second Senate seat as of late Wednesday.

While experts are confident of the result, it could take more than a week before the outcome is finalised.

Australian Electoral Commission spokesman Evan Ekin-Smyth said pre-poll and postal votes in the ACT Senate race would be counted through next week, with June 3 being the last date for them to be received.

Mr Ekin-Smyth said if it wasn't clear-cut enough for analysts to call the result after first preferences had been tallied, then further counting of preferences would be needed to split the contenders.

"There's a lot of numbers, so it takes some time," he said. "How much time I couldn't tell you, but we're talking about a number of weeks, rather than a number of days, if it's needed to get a final result."

While Senator Seselja has gone to ground since Saturday night, Mr Pocock has maintained a high public profile as the counting continues.

He was interviewed on the ABC's RN Breakfast on Wednesday before appearing on a webinar with progressive think tank the Australia Institute. 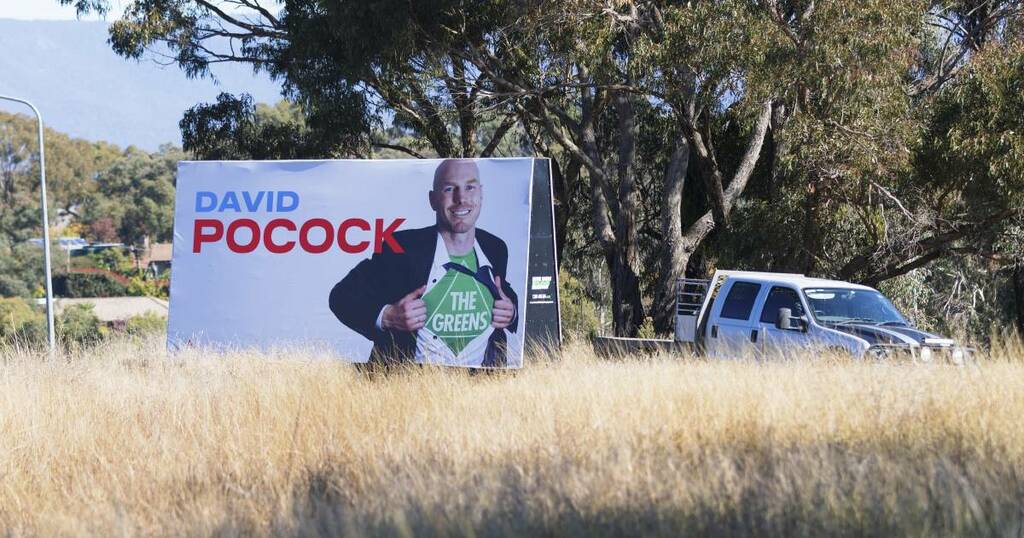 Both also pointed to territory rights as a reason for the potential loss of a Senate seat.

The Canberra Times
Votes narrow as Labor inches to majority