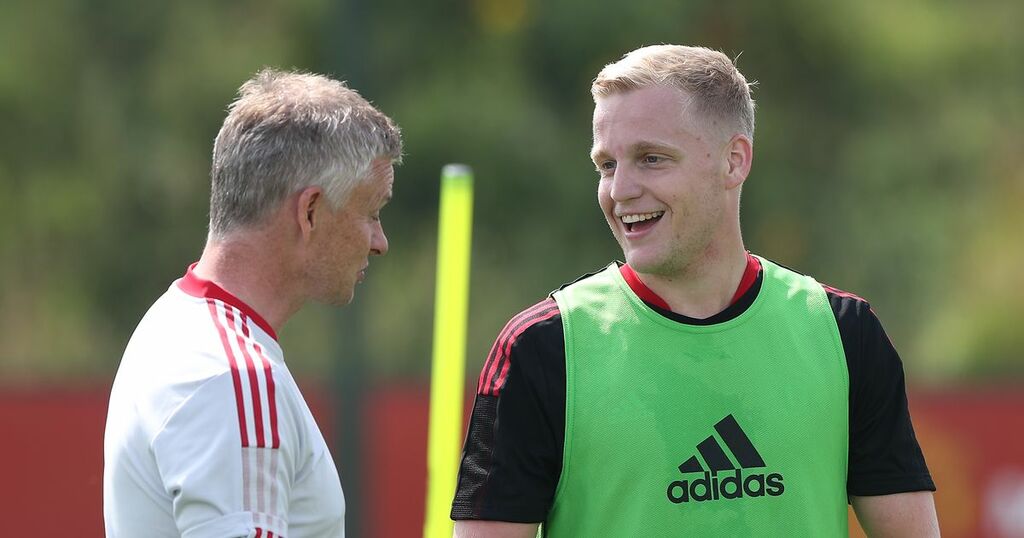 The game is the perfect opportunity for manager Ole Gunnar Solskjaer to rotate and give minutes to players who are yet to feature so far this season.

Seen as one of the easier games in the group, fans are clamouring for the likes of Diogo Dalot, Eric Bailly and Jesse Lingard to start ahead of the likes of Aaron Wan-Bissaka, Raphael Varane and Mason Greenwood.

One player who could get a rare start is midfielder Donny van de Beek.

Signed last season from Ajax, the Dutch midfielder found his playing time limited in his first season despite scoring on his debut against Crystal Palace.

Having seen a loan move to Everton rejected by the United this summer, Van de Beek his under the impression that he will be given more of a chance this season to stake a claim in United’s starting XI.

Solskjaer has hinted that Van de Beek could be involved on Tuesday night, saying: “Donny is part of the squad, same as everyone else.

“He is fighting to get minutes. First taste of minutes with a crowd today. This is Man United, Donny. This is what it feels like.

“He keeps working hard. He is such a professional. Top lad as well. He will get his minutes. Tuesday? Let’s see what happens."

United supporters have taken that glimmer of hope and have taken to social media to call for not only his inclusion at some point in the game but from the start.

Here’s what they said.

Van de Beek came off the bench against Newcastle United in what was his first taste of action for United this season, playing a part in the build-up for the fourth and final goal of the game.