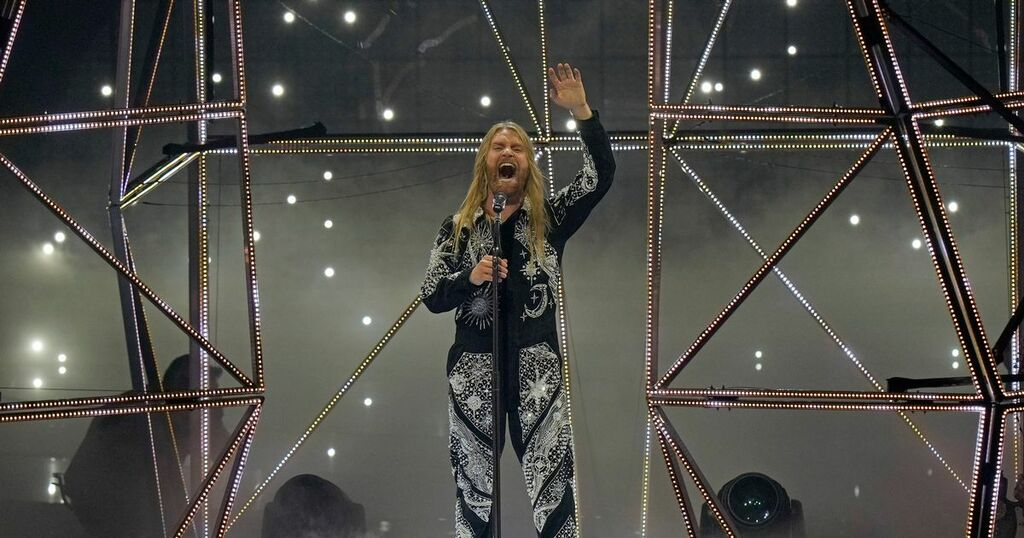 Broadcaster Graham was also praised for a sterling job as host

Boris Johnson has joined a chorus of praise for the success of Ukraine at the 2022 Eurovision Song Contest, calling…

‘There is so much gratitude, what an experience’, said Ryder

At the beginning of the Eurovision Song Contest, when all 25 countries were being introduced, it was hard to miss the roaring crowd who cheered when Sam Ryder was welcomed out. Graham Norton, who is commentating the UK version of the show, noted at the start of the show how Sam Ryder has done a lot to change the somewhat negative perception that the UK has had in Eurovision.

It was evident from the start of Sam Ryder’s performance that UK viewers were happy to cheer him onto the Eurovision stage, as just seconds into him performing, @leemondo20 wrote ‘SAM RYDER FOR THE WIN! #UK #Eurovision’. Shortly after, @rekh01 tweeted ‘Space Man!! You can do it!’

The humorous tweeters commented on Sam’s iconic appearance, comparing him to a famous celebrity. @ATDazzles wrote ‘Sam Ryder is Jennifer Aniston with a beard and that's all I've ever wanted from our #Eurovision entry.’

Agreeing with this sentiment, @overdigitize tweeted ‘If @SamRyderMusic doesn't do well in #EUROVISION this year, he can try for the Jennifer Aniston look-alike contest #spaceman @ZackGalifinakis @edhelms @nbcsnl’.

Highlighting the sense of pride UK viewers have gotten from supporting the UK in this year’s Eurovision contest, @RobDavid_ penned ‘This year has been one of the most exciting years ever to be a U.K. Eurovision fan and that is PURELY because of Sam Ryder. Wherever he finishes tonight, he’s going to go down as a British Eurovision legend, he’s done us SO PROUD. #Eurovision’.

Viewers seemed to genuinely enjoy Ryder’s song, Spaceman, too. @christophhayes wrote ‘Awesome song with a great set & lighting #Eurovision @SamRyderMusic’ and @Rubeign said ‘Gooooo @SamRyderMusic this is such a good song I've had it on repeat all day! #SamRyder #Eurovision’.

Proving to have a welcoming personality, Ryder ended his performance by boldly shouting ‘’shine brightly my friends- thank you all’’. Graham Norton then shortly followed up by commentating ‘’A powerhouse performance’’.

To keep updated with news at Wales Online, sign up for our newsletter, here.

Broadcaster Graham was also praised for a sterling job as host

Boris Johnson has joined a chorus of praise for the success of Ukraine at the 2022 Eurovision Song Contest, calling…

‘There is so much gratitude, what an experience’, said Ryder