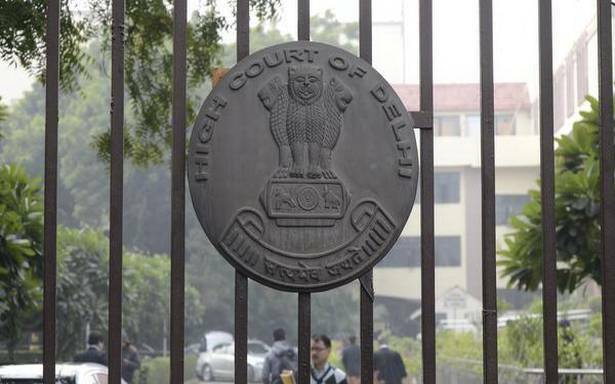 The Delhi High Court on Wednesday transferred the probe into the death of gangster Ankit Gujjar, inside the Tihar jail last month, to the Central Bureau of Investigation (CBI) noting he “lost his life to custodial violence.”

The 29-year-old gangster was found dead and two others were injured inside his cell in Tihar jail on August 4.

Justice Mukta Gupta directed the CBI to submit a status report, after carrying out investigation before the next date of hearing on October 28.

“A perusal of the post-mortem report of the deceased Ankit belies the version of the Deputy Superintendent, Narender Meena and other staff that a scuffle took place in which both Narender Meena and Ankit received injuries,” the High Court said.

“From injuries sustained by Gujjar, it is evident that deceased was brutally beaten and left unattended by the jail doctor and nursing staff,” the High Court remarked adding, “it is unfathomable that when the jail doctor on duty visited at midnight, he did not see the multiple injuries on Ankit.”

“Not only did Narender Meena and others assaulted the deceased mercilessly, the jail doctor on duty also failed to perform his duty when he examined Ankit at 1 a.m. and administered the injection, as he neither informed the senior officers of the condition of Ankit nor referred Ankit to the Hospital,” Justice Gupta remarked.

“Further, in case proper medical treatment was provided to him, his life could have been saved. Thus an investigation not only as to who all committed the offence of brutally beating the deceased to death, but the role of jail doctors in not providing proper treatment at the right time is also required to be ascertained by a proper inquiry,” the court ordered.

“Walls of prison, howsoever high they may be, the foundation of a prison is laid on the Rule of Law ensuring the rights to its inmates enshrined in the Constitution of India,” Justice Gupta remarked.

She said that this case calls for immediate remedial actions by the State and Director General, Prisons so that unscrupulous officers at the jail do not take advantage of knowledge of the non-working of the CCTVs to get away with any illegal act/offences.

The High Court called for a status report from the Director General (Prisons) indicating the measures taken to streamline the system as regards the CCTV cameras at the jail.

The family has alleged that Gujjar was being harassed by the jail officials as he was “unable to meet their regularly increasing demands for money” and was murdered “as a part of pre-planned conspiracy”.

Mr. Ankit, brother of the deceased, also placed on record his bank statement from where money was transferred to various accounts, which according to the family are “associates/known persons of Narender Meena”.

The family contended that Ankit was beaten because he failed to comply with the demands of money of the Deputy Superintendent Narender Meena and in this relation they have also provided the numbers to which the amounts were transferred.

They said the jail authorities were trying to portray the incident as an offshoot of recovery of a mobile phone, charger and knife from the cell of the deceased following which he was being transferred and when he refused to be transferred a scuffle took place.

“It is evident that in case the allegations made by the petitioners are correct, it is a very serious offence which requires in depth investigation to unearth the manner in which alleged extortion is carried out in the prison,” the High Court said.