Hawthorn have broken through for their first AFLW victory after overrunning a fast-starting Sydney to score a thrilling four-point victory at a packed Punt Road Oval.

The Hawks gave up a four-goal start but after a fierce spray from coach Bec Goddard at the first change, wrestled back the momentum to set up a 5.5 (35) to 4.7 (31) triumph on Friday.

The Swans made a scintillating start with four majors in the opening 10 minutes but from there the Hawks turned the game into more of a contested battle and kept their opponents goalless.

The Hawks took a three-point lead into the final term but with both teams desperate not to concede a goal the margin barely moved despite the ball flying into the Swans forward 50 as the final siren sounded.

Third-gamer Tahlia Fellows made the most of the Hawks' territory advantage after quarter-time with three goals, while Jasmine Fleming continued her outstanding debut season.

The 17-year-old midfielder Fleming finished with 16 disposals and 10 tackles to lead the way with Tilly Lucas-Rodd (12, 11) in support and defender Akec Makur Chuot (13 touches) also crucial to the comeback.

"That was probably the fiercest I've been with the playing group, I was very strong and direct with my messaging at the quarter-time break," Goddard said.

"They are such a resilient young group of players that they responded immediately and that really is a credit to them, where they're at, their desire and their fight to win."

Brooke Lochland was the spark for the Swans' electrifying start, buzzing around inside the forward 50 and slotting three of the Swans' four goals in the opening term after they failed to kick a major last week.

Lochland finished with 17 disposals and had a chance to steal the game late as a ball bounced around close to goal but was quickly closed down by multiple Hawks palyers.

Cynthia Hamilton starred for the Swans, playing in the ruck, the midfield and at times up forward, as the 18-year-old gathered a game-high 19 disposals.

The Swans' co-captain Maddy Collier had 10 touches in her first game of the season after recovering from an ankle injury.

"This is a different sort of disappointment because I feel if we had have taken our opportunities, I'd be standing here happy that we won our first game but the review wouldn't change much," Swans coach Scott Gowans said.

"The facts remain the same, it's just one of those games that could've gone either way."

The two expansion clubs have found life difficult in their first AFLW season and occupy the bottom-two places on the ladder but this was a gripping clash that should give both hope for a brighter future.

The Hawks are now 1-4 while the Swans are 0-5 and still searching for their first AFLW success, but they should be buoyed by their most competitive performance so far.

Hawthorn will host West Coast on Friday, while Sydney are away again for a tough task against top-four contenders North Melbourne next Sunday. 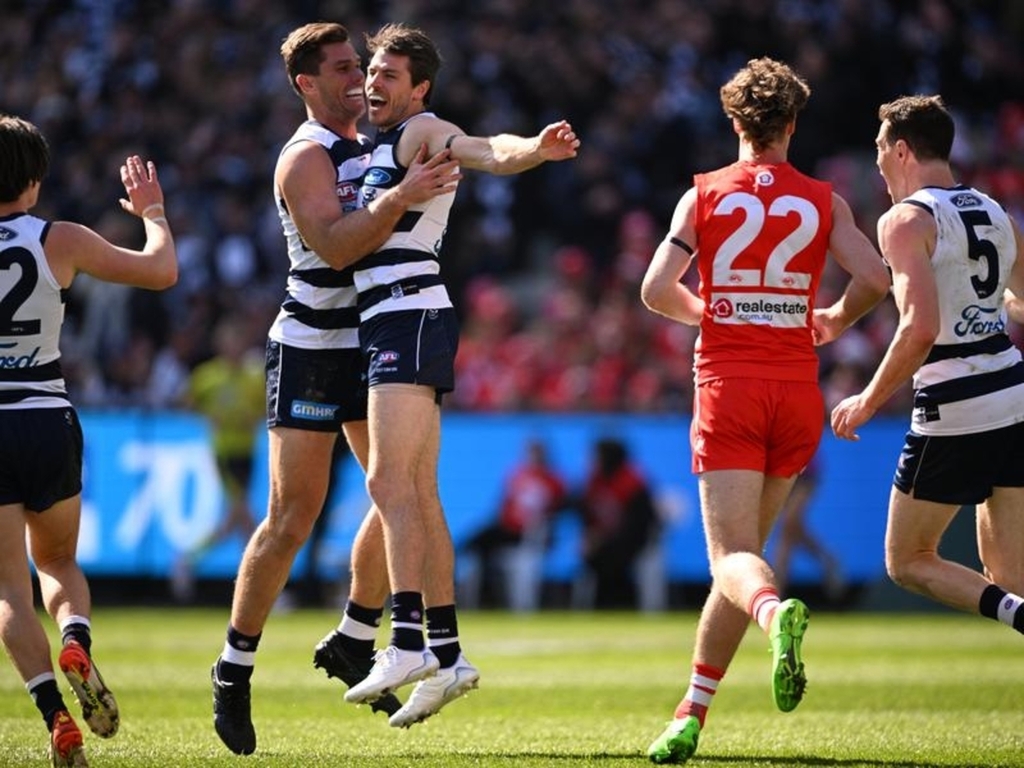 AAP
From analysis to the latest developments in health, read the most diverse news in one place.
Geelong eviscerate Sydney by 81 points in AFL grand final win for the ages

This decider, on return to a full house of 100,024 at the MCG after a two-year hiatus, was a famous…

Melbourne have moved back up to third on the AFLW ladder after a convincing 42-point drubbing of Carlton.

For one side it's a damaging attack, for the other, it's a game of pressure. Gemma Bastiani analyses how Essendon…

ABC News
One place to find news on any topic, from hundreds of sites.
Richmond scores upset AFLW win over ladder-leading Brisbane Lions

Richmond defies the odds and a surging Brisbane to pull off a stunning victory by four points at Punt Road.