The Warriors hit the road looking for a win over the New Mexico State Aggies. Here’s how to watch and what to watch for.

Hawaii looks to make it two wins in a row.

After notching the first win over the Timmy Chang era last Saturday, the Hawaii Warriors will look to establish Chang’s first winning streak as a head coach on the road this weekend against New Mexico State.

The long-suffering Aggies have started a new chapter themselves this fall under new head coach Jerry Kill, but the early returns have been more of the same since a season-opening loss to Nevada. Here’s how Hawaii can extend NMSU’s misery for another week.

Maybe this key is obvious, but Parson has continued on as the offense’s most reliable contributor despite the unit’s overall struggles. Though he has averaged just 3.86 yards per carry to this point, Parson is one of six Mountain West running backs with four or more rushing touchdowns to this point in the season.

It might be worthwhile to give him 20 touches in this game, however, because one of Hawaii’s potential advantages is on the ground. According to Parker Fleming, the Warriors have posted a 44.3% rushing success rate through four games, good enough to rank 44th in the country, while the Aggies have allowed a 48.1% rushing success rate on defense, which ranks 114th.

One thing that both Hawaii and New Mexico have in common so far is that they have been rather careless with the football in the early season: The Warriors have ten giveaways, most in the Mountain West, while the Aggies have coughed it up 12 times, the most of any team in the FBS.

The potential saving grace? Hawaii has been much better about creating turnovers than New Mexico State, with five interceptions and one fumble recovery through four games. The Warriors secondary could play a major role once again in sealing a victory no matter who ends up under center for the Aggies, Diego Pavia or Gavin Frakes, who have combined for one touchdown and a staggering interception rate of 9.1%.

3. Take shots down the field.

New Mexico State hasn’t exactly played a murderer’s row of passing offenses so far (Nevada, Minnesota, UTEP, Wisconsin), but they also haven’t offered much resistance when opponents have attacked through the air, either, with only seven passes defended and one interception in four contests.

With that in mind, it may not be the worst idea in the world to roll the dice and see if whoever starts at quarterback, Joey Yellen or Brayden Schager, can finally bring the vertical game into the new-look Warriors offense. Only Fresno State has thrown the ball more times per game than Hawaii, unsurprisingly, but Ian Shoemaker’s offense has managed just seven pass plays of 20 or more yards. That could change in a hurry this week, though.

This isn’t likely to be a pretty game on the whole, but Hawaii has at least a couple of potential advantages that they could seize upon that New Mexico State does not. A win is a win, though, so no one on the visitor’s sideline will complain too much when they head back to the islands with a second straight victory. 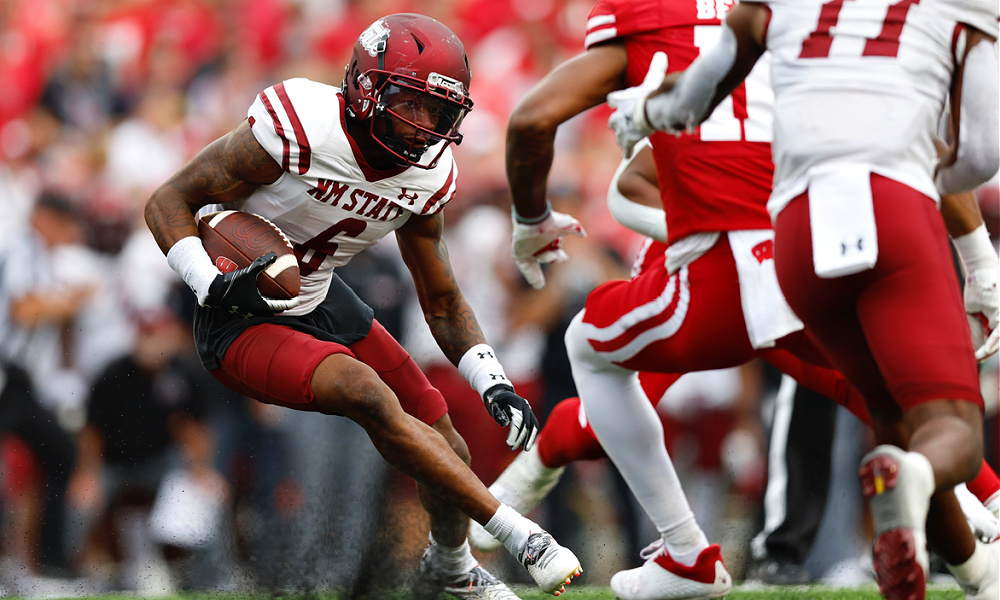 USA Today Sports Media Group
From analysis to the latest developments in health, read the most diverse news in one place.
Boise State vs. UTEP: Game Preview, How To Watch, Odds, Prediction

The Broncos hit the road to west Texas for a battle with the Miners. Here's how to watch and what…

New Mexico vs. LSU: How To Watch, Preview, Odds, Predictions Can the Lobos surprise the world? Contact/Follow @MWCwire A money…

USA Today Sports Media Group
One place to find news on any topic, from hundreds of sites.
Nevada Vs Air Force: Game Preview, How To Watch, Odds, Prediction

Nevada vs Air Force: Game Preview, How To Watch, Odds, Prediction Nevada travels to Colorado Springs to open up conference…