‘Haven’t seen anything like it’: Queensland braces for Cyclone Tiffany as rescuers continue search for missing teen

By Caitlin Cassidy and AAP 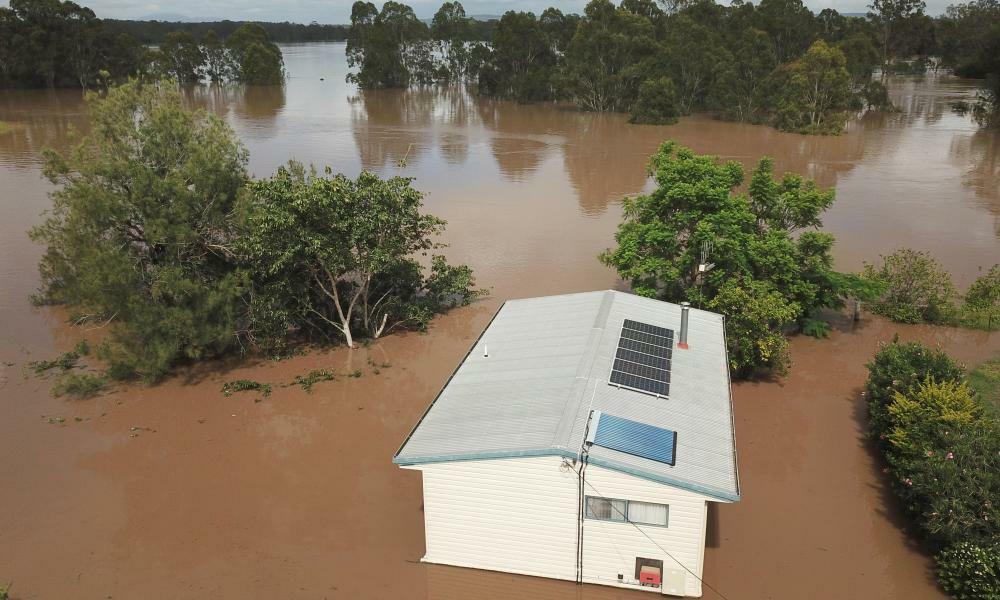 A 14-year-old girl remains missing as parts of Queensland continue to be affected by major flooding.

The aftermath of ex-tropical cyclone Seth has caused “unexpected” heavy rains and storms across parts of the state, with further cyclone activity expected.

Tropical Cyclone Tiffany has strengthened to a category 2 storm and is just hours from making landfall in far north Queensland, the Bureau of Meteorology has reported.

“People between Cape Tribulation and Coen, including Cooktown, should complete preparations quickly and be prepared to shelter in a safe place,” the bureau said.

The cyclone which formed in the Coral Sea was expected to cross into Queensland between Cooktown and the Lockhart River sometime on Monday night.

The bureau was warning communities to expect wind gusts of up to 130km/h as the centre of the cyclone makes landfall.

It was expected to bring destructive winds and heavy rain to communities in far north Queensland before moving into the Gulf of Carpentaria on Tuesday and intensifying as it moves towards the Northern Territory coast.

Severe tropical cyclone coastal impact in the Northern Territory is possible on Wednesday or Thursday, the bureau says.

“People in far north Queensland communities will start seeing and feeling the effects of Tropical Cyclone Tiffany as it comes closer to the coast, which means an increased risk of flooding and some localised damage in these regions,” Senior Meteorologist, Dean Narramore, said.

Other parts of Queensland have already been struck by flood waters with one person dead and an evacuation order issued for parts of the city of Maryborough.

The levee was protecting the CBD until an underground stormwater valve failed just before 2pm on Sunday, allowing flood water to surge through the drains and into the streets.

A dozen pumps each moving about 120 litres a second appear to have kept the flood waters at bay as the river peaked at about 10 metres late on Sunday night, the local mayor said.

A 22-year-old’s body was found in a submerged ute at Kanigan, north of Gympie, on Saturday.

Police also hold grave fears for a 14-year-old girl swept away while abandoning a flooding car.

On Sunday, Premier Annastacia Palaszczuk said emergency services were readying for the cyclone.

“So to all the residents in those areas please be on the lookout, I know that they know how to deal with these events,” she told reporters.

“They’re very well prepared and we’ll be keeping a very close eye on that.”

Palaszczuk said all agencies were “well prepared” for the cyclone.

“To all of the residents in those areas – please be on the lookout. We’ll be keeping a very close eye on that,” the premier said.

Queensland fire and emergency services have responded to 42 swift water rescue jobs, with people trapped by flood waters throughout Imbil, Gayndah and Woolooga.

The SES has responded to more than 155 requests for assistance across the region, including nine boat rescues. Additional crews have been deployed from Brisbane and central Queensland as flood water continues to move through the area.

A 40-year-old man was rescued after a car was swept away in the early hours of Saturday morning at Booubyjan, near Gympie in Queensland’s south-east.

It’s believed he and a 14-year-old girl managed to get out of the car before it was swept away in flood waters near the Burnett Highway and Murgon Gayndah Road. Police said the man was found clinging to a tree but the girl remains missing.

He said there had been a “high intensity” operational response from Bundaberg to Kilcoy over the weekend, with 16 tasks that required air support and 11 people transported by air. All were in a stable condition but there remained “grave fears” for the teenage girl.

“This is a very, very difficult environment,” Moon said. “We are unable to get in there and conduct the search appropriately at the moment. It’s going to take some time for us to do that.”

Palaszczuk said her thoughts were with the family of the girl.

“I’ve been in this area for 40 years, and we haven’t seen anything like it,” he said.

“We’re just waiting for the water to start to subside. The areas of Kilkivan and Theebine copped a torrential drenching that we probably haven’t seen before.”

The main water pipeline in Gympie was fractured due to road corrosion. “There will be massive amounts of damage to road infrastructure and bridges,” Hartwig said. “We’ll be stuck into that as the water subsides.”

Narramore said the threat of heavy rainfall had eased and flood-affected areas should remain mostly dry in the coming days.