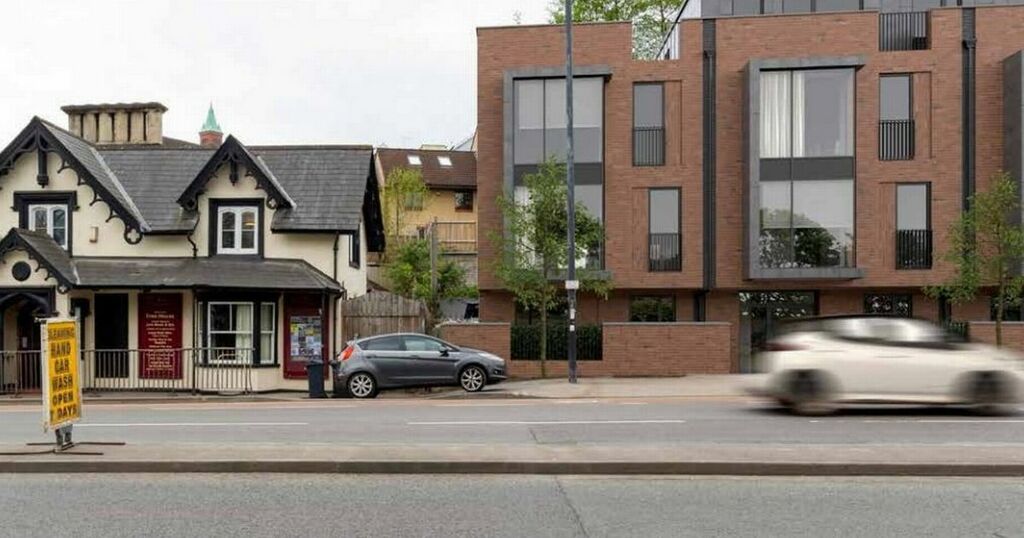 Five-storey Totterdown apartment block plan on old car wash site set for approval
The plans have been scaled back since initial proposals for a nine-storey building, but many are still objecting

An application to the ACT Heritage Council to have the building listing was rejected in February.

A developer, whose plan to demolish Havelock House was rejected, is making another attempt to level the building for a residential block.

In November 2020, Belfast City Council refused an application by Locka Ltd, a subsidiary of Olympian Homes, to demolish the former UTV building on Belfast’s Ormeau Road, to develop a 270 apartment residential building with courtyard gardens and 40 car parking spaces.

There were 73 objections from local residents, who complained about continued construction in the area, the height of the building, and only 40 car parking spaces being allocated in the proposal.

Olympian Homes lodged an appeal to the Planning Appeals Commission soon after, and in October 2021, the PAC upheld Belfast City Council’s decision to reject the proposals.

Details are not available yet on the Planning Portal, but the developers will be sharing the new plan in an upcoming public consultation.

SDLP Councillor Gary McKeown, formerly of the council Planning Committee, who voted against the last application, again voiced his opposition to the new demolition plan. He said: “The message came through strong and clear from both local residents and people more widely that they would like to see the building retained and put into new use.

“There are a number of reasons why it didn’t get approval the last time, which centred on issues such as scale and mass, as well impact on nearby listed buildings. But the developers have clearly gone back to the drawing board, with a new proposal, one which once again proposes the original building being demolished.

“I’m guessing they have had to take on board the decision of the planning committee, and they are running a pre-application public engagement event in Donegall Pass soon. People will be able to see the drawings.

"But fundamentally, notwithstanding whatever the proposals are, the fact is they wish to continue with the idea of knocking the building down, and that is something which really exercised people the first time.

“It is just unfortunate that they haven’t found a way to repurpose the existing building. There are listed buildings in the vicinity, the Klondyke Building directly across the road - by maintaining the historic aspect of the area you compliment those nearby buildings.”

He added: “I would have thought that part of what attracts people to Belfast is the architecture and the character of the city. And to my mind, it surely makes sense to take one of those iconic buildings and make it an attraction in itself, for whatever the owner decides, if that happens to be apartments. They seem to be missing a trick on that. I would have thought it was a no-brainer - you have a fantastic building there, and people know what it is.”

Havelock House was the home of UTV from 1959 until 2018, when the broadcaster relocated to City Quays. The original building, built in the 19th century, was a hemstitching warehouse and belonged to James Thomas and Sons Ltd.

During the Second World War, the coalition government became the occupier of the building, with it becoming a billet for troops in the city. Ulster Television then acquired the premises in 1959.

In May 2017, UTV announced a relocation to City Quays 2 and began relocating in 2018. Havelock House went on the market for £3.5million.

Five-storey Totterdown apartment block plan on old car wash site set for approval
The plans have been scaled back since initial proposals for a nine-storey building, but many are still objecting

An application to the ACT Heritage Council to have the building listing was rejected in February.