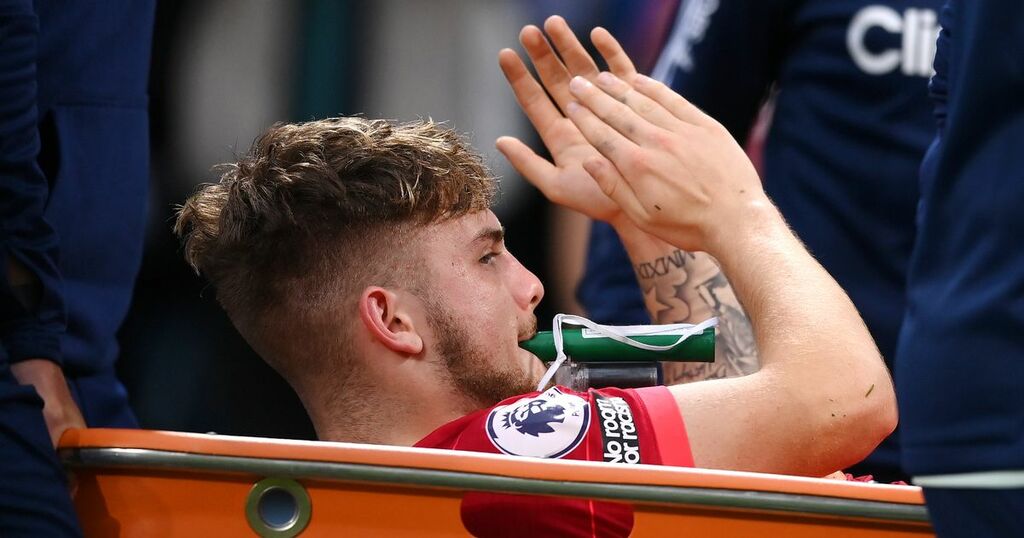 Liverpool rising star Harvey Elliott has been discharged from hospital after suffering a "serious ankle" injury against Leeds United.

The 18-year-old was stretchered off in the second half at Elland Road after a challenge from Pascal Struijk who was sent off.

Elliott was taken to Leeds General Infirmary to be treated and assessed with a suspected dislocated ankle.

And Liverpool have confirmed the highly-rated midfielder has left hospital on Sunday evening with a "serious" injury to his ankle.

Elliott will need to undergo surgery in the next few days where the Anfield club will provide an update on his prognosis after the operation.

Who will fill the void left by Harvey Elliott while he is on the sidelines for Liverpool? Comment below

Jurgen Klopp was devastated for the teenager, who has taken advantage of his opportunity in Liverpool's first team this season, but was upbeat to hear that he had provided an update on Instagram on the way to the hospital.

He said: "First and foremost, it’s one of the few Instagram posts I love because if he sends that already then it shows he has not that much pain anymore, that’s great news.

“Obviously it’s a bad injury and we have to wait now for further examinations, assessments or whatever, scans, and that’s what we do.”

Liverpool defender Virgil van Dijk also wished the youngster a speedy recovery as he reflected on Liverpool's 3-0 win against Marcelo Bielsa's men thanks to goals from Mohamed Salah, Fabinho and Sadio Mane.

He said: "First and foremost, our thoughts and prayers are going to Harvey. Hopefully he recovers quickly and as good as possible.

"Obviously we don't know the diagnosis, it looked bad."