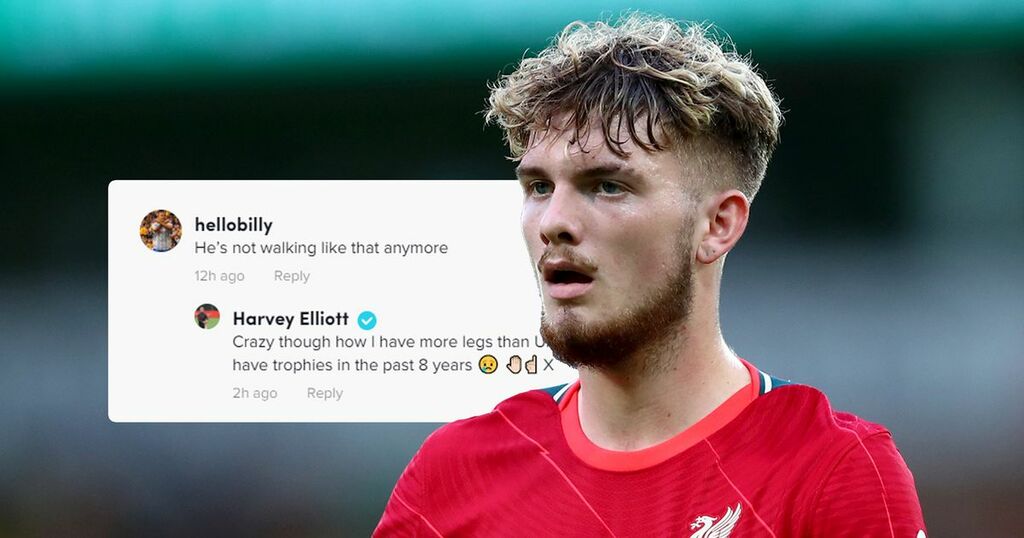 Harvey Elliott has poked fun at Manchester United after receiving an insensitive message from a supporter on TikTok.

The 18-year-old successfully underwent surgery on his ankle in London yesterday and will now begin his road to recovery.

Elliott shared an update to supporters on this procedure on his Instagram shortly after being treated, and said: "Operation was a success. Thank you so much to everyone for your amazing support.

"The road to recovery starts now. At the end of the storm, there's a golden sky. YNWA."

Messages of support have been flooding in for the talented teenager, who has seen his progress in the Liverpool first-team disrupted despite making a promising start to the campaign.

One Liverpool fan shared a video on TikTok yesterday afternoon stating that Elliott would 'come back stronger' from this setback, which attracted an unsavoury comment from one United fan.

In response to the video clip showing Elliott making his way out onto the pitch at Elland Road prior to kick-off, he posted: "He's not walking like that anymore."

The talented teenager picked up on this remark, however, and responded in a light-hearted way.

Elliott said: "Crazy though how I have more legs than United have trophies in the past eight years, X."

After viewing this reply from the Liverpool midfielder, the United supporter quickly backed down from the situation. He said: "Haha, fair enough. You're a baller."