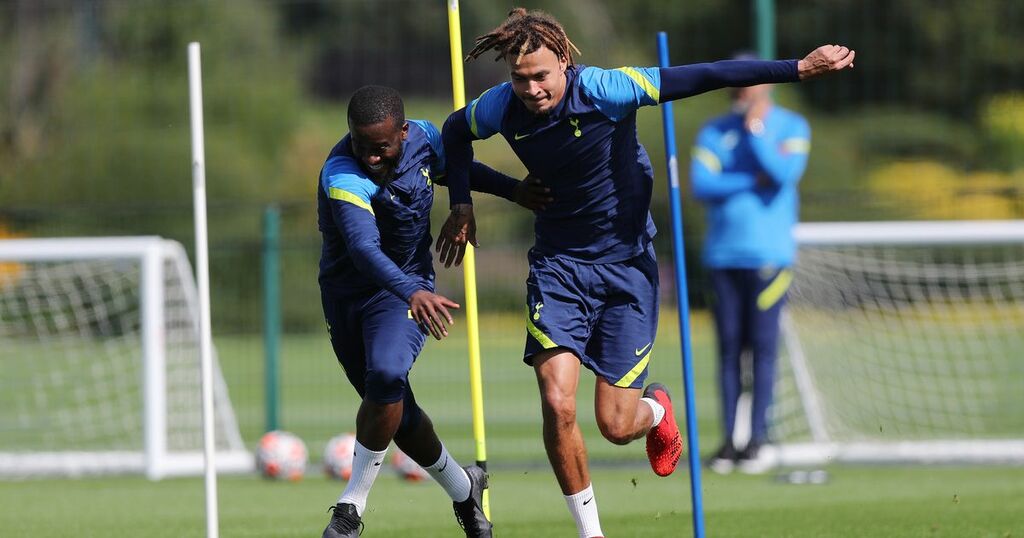 Harry Redknapp and William Gallas have delivered their honest verdict on Tanguy Ndombele and Dele Alli, who are both struggling to impress under Antonio Conte.

As the January transfer window slowly approaches the halfway stage, the duo have both been linked with moves away.

Ndombele has made 16 appearances for Tottenham so far this season and although he has added glimpses of creativity with his attacking flare, he has struggled to find consistency and will have lost the support of a lot of the fan base after his antics in Sunday's FA Cup tie. When the Lilywhites were trailing 1-0, the midfielder was replaced by Oliver Skipp and rather than running off the pitch, which Bryan Gil did when he was substituted at the same time, the 25-year-old strolled off and went straight down the tunnel.

Dele Alli was also replaced at the same time, but exited the pitch at the closest point he could and walked round to the dugout, clapping the South Stand fans as he went. The 25-year-old has made 18 appearances for Spurs so far this campaign but has struggled to find his strongest position in Conte's favoured 3-4-3 set-up.

At least one of the two players may get a chance to try and impress when Spurs play Chelsea in their second Carabao Cup semi-final leg at the Tottenham Hotspur Stadium on Wednesday.

In the first leg, the Lilywhites produced a low energy performance and it resulted in a 2-0 defeat, creating a big battle for them to turn it around in the second tie.

"I looked at that squad a year or so ago, I thought they'd under achieved," the 74-year-old admitted. "I thought Conte coming...they still had enough there to really go on a good run but looking at them in the first leg, I mean they're very lucky to still be in the tie at all really.

"If they can score at any stage in the game [on Wednesday], they can get themselves back in the game, but it's a tough ask for sure."

"If Chelsea score, that would be game over, but with that crowd behind them tonight under lights, you never know," Redknapp added.

The former Spurs boss then went on to speak about Alli's downfall, a player he has always been a fan of.

"People like Dele Alli, I just find it amazing, I was just such a fan of his," Redknapp explained. "They keep changing managers but no one can seem to get a tune out of him anymore. I don't know what's happened to the boy, It's such a shame.

"I'm sure there will be big changes in the next year or so at Tottenham."

Redknapp also said Ndombele "looks like he's coming to the end of his time" at Spurs, which won't have been helped by his behaviour against Morecambe.

Gallas also spoke on Ndombele and why he believes the 25-year-old is failing to succeed at Tottenham.

"This [is] a typical example of a player who has failed [Ndombele]," he said in an exclusive interview with Genting Casino. "He is an example of a player who performed brilliantly for one or two seasons in France and obviously has a lot of quality, but in a Tottenham shirt he hasn’t shown what he can do. He hasn’t been consistent.

"When you play at the highest level, you have to be consistent. You can’t just play two or three good games and then disappear for a month before playing well again.

"You have to be consistent for the entire season, and it’s difficult, but that’s what the best players, world-class players produce," the former Spurs defender added.

Gallas also admitted the same is the case for Dele.

"Dele Alli is the same. That’s why I feel football needs to change something with the way we develop and reward younger players," the 44-year-old admitted. "When I was younger, I wasn’t the complete player, I had to work incredibly hard to reach the top level. When I got there, I knew it was important to stay there. I didn’t want to be on the bench.

"Anyone can have a good game; a good season; you have to do it season after season. You have to have higher expectations as a player and you never stop working hard," he added.

Almost two weeks into the January transfer window and Fabio Paratici and Daniel Levy are yet to bring any fresh faces to N17.

There have been numerous names flying about in reports of targets for Tottenham, including Jesse Lingard and Franck Kessie and Redknapp explained how important recruitment is.

"It's all about recruitment. Recruitment is everything," he admitted. "The managers are not bringing players in. They're relying on people who work at the club on the recruitment side to make good decisions.

"He [Conte] needs reinforcements. He needs three or four top players to come in there to give him a chance to push on."

If new arrivals do make the move to north London, it may cause some to move on and both Dele and Ndombele have been amongst the rumoured players who could leave, which is what Gallas believes is the best solution for them both.

"They have to [look for a fresh start at a different club]," he said. "Maybe they have to leave to fulfil their potential, but it will depend on what they want.

"Some players prefer the easy option. Some players want to play without the pressure on their shoulders because it isn’t easy to play like this for a full season.

"But, if you want to compete for the biggest prizes, even when it can be hard, you find the resources to deal with the situation. You deal with the pressure of big games and with consistently showing people how good you are.

"You need to make sacrifices and some players are not committed enough to do that. This is the difference between an average player and a world-class player."

For now the duo will need to make sure that if they are given more match minutes in the next few fixtures, whilst Conte deals with the current injuries, they leave everything out on the pitch and try to prove why they deserve to be a Tottenham player.