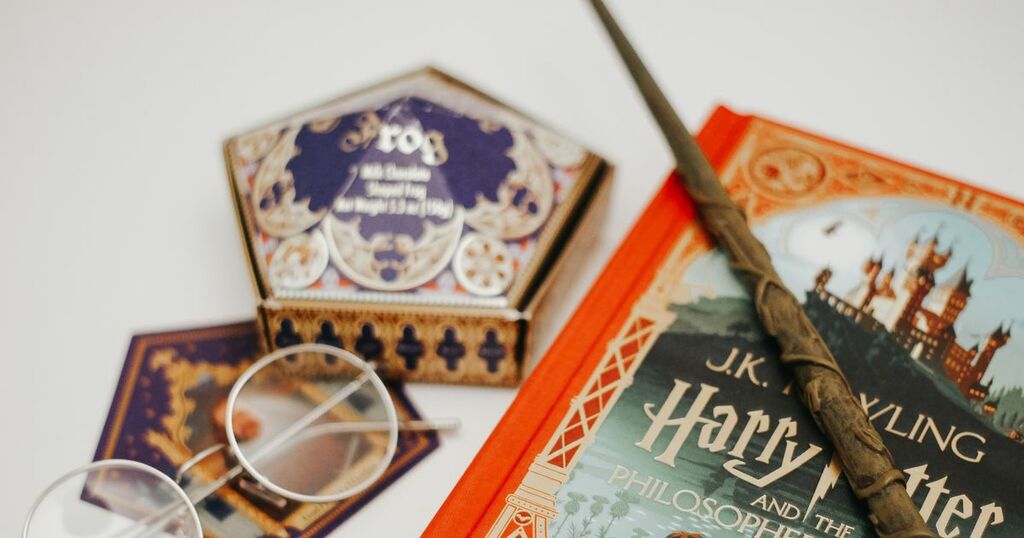 Specialist shops that sell Harry Potter merchandise and official products say they are running out of stock thanks to the supply chain crisis - and what they have is doubling in price.

Retailers say they have been hit by spiralling costs and delays caused by Brexit and the pandemic.

Elvijs Plugis, co-owner of collectible shop House of Spells, told the BBC: "First Brexit hit, and then the pandemic hit. The combination of both, the manufacturers got scared and work stopped and they couldn't ship big containers by sea.

He says official wands, book and movie merchandise and clothes are now difficult to source, and says he is getting calls from other retailers sending customers his way because they have run out.

London Toy Company, which imports Harry Potter toys, told the BBC it has sold out of Harry Potter products as container prices are up 900% and 35,000 items are stuck at the ports.

It supplies retailers including Amazon and Harrods.

Alan Simpson, managing director of Toytown, a chain of independent retailers, said customers will have to start their Christmas shopping early this year.

And he said to expect higher prices.

He said a toy which cost 70p to ship from the Far East one year ago is now costing £7.

He said: “It’s not just shortages – you’ve got to face the reality of price rises, anything from 10% to 15% on anything from across the seas.”

He advised consumers: “If you see it, buy it, and be prepared to pay more before Christmas.”

A spokesman for the British Toy & Hobby Association said: “Nobody wants to face shortages for things they need or are seeking but we are facing shortages in some form in various ways presently.

“The toy sector is not alone in facing huge global and local supply challenges at the current time.

“A combination of restricted transport options and availability and higher transportation costs face our sector like many others. We understand people are concerned about shortages and it is a concern we share – we expect continued disruption to delivery schedules in varying degrees over the coming months.

“Toy manufacturers are working around the clock to face down this unwelcome vortex of logistical challenges to try to ensure their toys arrive and provide the range of choice consumers seek each autumn/winter and that companies wish to provide.”

He added: “There are plenty of toys to choose from presently but, in common with other sectors’ advice, buying early – especially if buying for a Christmas or a birthday present – is prudent.”

Shipping giant Maersk has said it is diverting vessels away from UK ports because of a build-up of cargo.

It has started rerouting its container ships away from Felixstowe, the UK’s largest commercial port, to unload elsewhere in Europe before using smaller vessels to finally get deliveries to the UK.

The UK’s port industry has also warned that some ports are managing access to storage space with “short-term restrictions” in a bid to ease congestion issues.

Andrew Opie, director of food and sustainability at the British Retail Consortium, said: “Congestion at the Port of Felixstowe is yet another unwanted side-effect of the HGV driver shortage. As cargo cannot be removed fast enough, there is a backlog of containers at the ports which is preventing new ships from docking and unloading.

“Retailers are working closely with suppliers to mitigate issues, including finding alternative routes to bring goods into the country, but further disruption may be unavoidable.

“This comes on the back of a very challenging 18 months for supply chains due to Covid and the disruption to global shipping and transport logistics.

“Extending the temporary visa scheme to increase the pool of drivers available would provide a short-term fix to these problems, and the Government must act quickly to prevent further disruption for consumers in the months ahead.”

Doug Bannister, chief executive of the Port of Dover, said there is “no congestion” at Dover, adding that people can count on the route to the Kent port functioning as the ferries always keep moving.

Asked about the suggestion that there will be empty shelves at Christmas and how “Grinchy” he feels, Mr Bannister told Times Radio: “I don’t feel particularly Grinchy, but at the same time, you know, listen, Felixstowe, London Gateway, Southampton, these big container ports, for the goods coming on the long supply routes, on these big ships from Asia and India and the Middle East, these are providing a lot of the goods that people want to have around Christmas time.”

He said he expects European goods to be on the shelves for Christmas, adding: “So I don’t feel particularly grumpy knowing our business, but I do wonder about, you know, if my wife needs to pre-buy some early Christmas presents for the kids.”

Conservative Party co-chairman Oliver Dowden insisted the Government is “working through these challenges” amid a build-up of cargo at UK ports.

He told Sky News: “There is though clearly a challenging problem, particularly with HGV drivers, not just here, it’s across Europe – Poland, the US, even China has this challenge. That’s why we’ve been taking steps to address it, whether it is, for example, with training, 5,000 more places for training HGV drivers, making the process more flexible. We’re working through these challenges to address them.”

Asked about potential Christmas shortages, Mr Dowden said: “The situation is improving. I’m confident that people will be able to get their toys for Christmas. Some people buy very early for Christmas – my wife is quite an early Christmas buyer – others buy later. I would say just buy as you do normally.”

Asked if Father Christmas will visit, Mr Dowden said: “Yes, I have children myself and they can be (comfortable) on that front.”

Alex Hersham, chief executive and co-founder of London-based digital freight forwarding company Zencargo, which helps the likes of Vivienne Westwood, Swoon Furniture and Soho Home, said: “Some containers have been sitting at Felixstowe port for double the usual length of time – between 10 and 20 days – pushing the port towards capacity.

“With Felixstowe handling almost 40% of all the containers coming to and from the UK, this adds yet more imbalance to Britain’s supply chain, especially in the current peak consumer period we are entering ahead of Christmas.

“Businesses need supply chain visibility now more than ever. Knowing where goods currently are, where they will be, and when, will help businesses to plan for disruptions and counteract severe delays. It is essential that retailers and consumers prepare for an extended disruption to the supply chain, and plan for what will be a Christmas heavily impacted by these issues.”

Sites elsewhere across the world have also suffered significant delays.

Retailers have highlighted particular issues in China and east Asia, where pandemic restrictions and poor weather conditions have affected shipping.

A spokeswoman for Associated British Ports (ABP), which runs and operates 21 ports around Britain, said: “ABP is aware of the challenges some UK ports are facing; however, ABP’s significant investment in infrastructure, people, equipment and technology has meant that we are well-placed to manage the present challenges.

“Our teams at all locations are working hard with our customers and other supply chain partners, and we can confirm that all of ABP’s 21 ports are currently running without any delays or disruption to services.”