Harry and Meghan are desperate to meet Queen to maintain 'saleability', says commentator 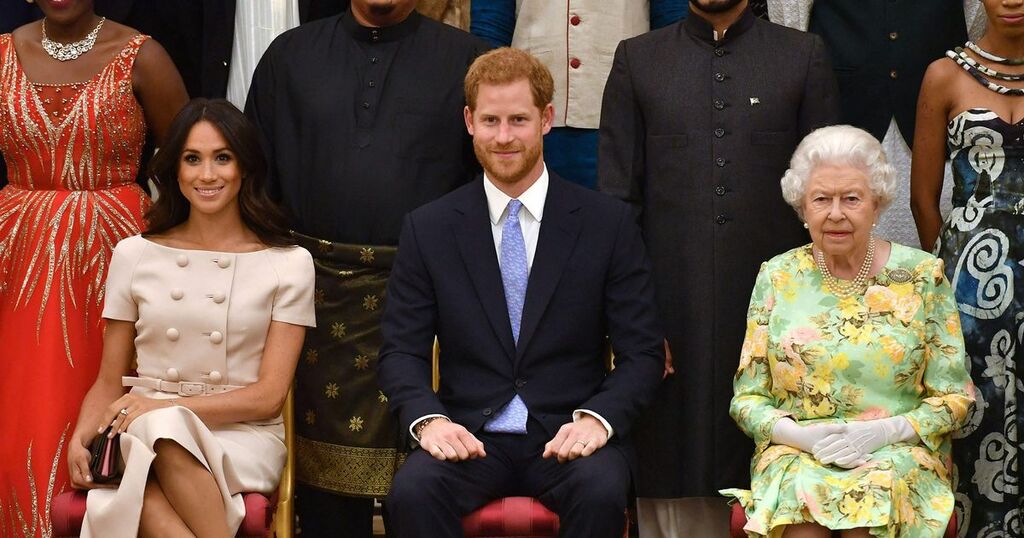 Prince Harry and Meghan Markle are desperate to see the Queen in order to maintain their "saleability in the United States", a commentator has claimed.

Reports have suggested that the Sussexes could be keen to visit the UK so their three-month-old daughter Lilibet could be christened in Britain like her older brother Archie.

Their young daughter has also never met the Queen after being born in California, while Archie has been unable to see his great-grandmother since the family's move to the US at the beginning of 2020.

On the Daily Mail's Palace Confidential show, the expert panel discussed a potential visit to the UK by Harry and Meghan to meet the Queen, which it was said would be in a private capacity.

And commentator Andrew Pierce claimed the couple were itching for a meeting with Harry's grandmother the Queen.

He said: "They know their only saleability in the United States is their connection to the most famous woman on the planet - the Queen, which is why they are desperate to see her.

"It's all about product Harry and product Meghan plc."

Diarist Richard Eden, who also appeared on the show, agreed and said a meeting between the couple and the monarch would happen at some point in the future.

He added: "It will happen because I agree with Andrew, Harry and Meghan need it really. They do need to keep up that royal connection. They are a family. They do want a christening.

“Meghan does not speak to any members of her family apart from her mother, so it makes sense to have the christening where any family can come, and that would be Harry’s family rather than hers.”

Their comments come as the Queen, Prince William, the Duchess of Cambridge and Prince Charles all wished Harry a happy birthday as he turns 37 today.

The Queen said through her official Twitter account: "Wishing The Duke of Sussex a happy birthday today!"

William and his wife Kate followed suit as they tweeted a picture of a beaming Harry with the caption: "Happy Birthday Prince Harry!"

Charles and wife Camilla also took to the social media platform to say: "Wishing The Duke of Sussex a very Happy Birthday today!"

It was accompanied by three touching pictures of the Prince of Wales with his youngest son at different stages of his life.