More than a dozen U.N. agencies and international aid groups said Monday that 161,000 people in war-torn Yemen are likely to experience famine over the second half of 2022 — a fivefold increase from the current figure.

The stark warning came in a report by the Integrated Food Security Phase Classification, or IPC, ahead of an annual fund-raising conference that the United Nations is hosting on Wednesday. The IPC is a global partnership of 15 U.N. agencies and humanitarian organizations working in Yemen and funded by the European Union, the USAID and UKAID. It tracks and measures food insecurity in conflict-stricken regions.

The report underscores the dire situation in the poorest Arab nation that plunged into civil war for in 2014, when Yemen's Iran-backed Houthi rebels took control of the capital, Sanaa, and much of the country’s north, forcing the government to flee to the south, then to Saudi Arabia.

A Saudi-led coalition entered the war in March 2015, backed at the time by the U.S., in an effort to restore the internationally recognized government to power. The war has deteriorated largely into a stalemate and caused one of the world's worst humanitarian crises.

“These harrowing figures confirm that we are on a countdown to catastrophe in Yemen and we are almost out of time to avoid it,” said David Beasley, head of the World Food Program, appealing for immediate funding to “avert imminent disaster and save millions.”

The IPC report says 19 million people in Yemen — out of a population of more than 30 million — are likely to unable to meet their minimum food needs between June and December, up from 17.4 million.

Also, 2.2 million children, including 538,000 already severely malnourished, and about 1.3 million women, could be acutely malnourished by the end of the year, the report said.

“More and more children are going to bed hungry in Yemen,” said Catherine Russell, UNICEF's executive director. “This puts them at increased risk of physical and cognitive impairment, and even death.”

The report stressed the war in Yemen is the main driver of hunger and the crisis is likely to deteriorate due to the war in Ukraine. Yemen depends almost entirely on food imports, with 30% of its wheat imports coming from Ukraine, the U.N. agencies said.

“Peace is required to end the decline, but we can make progress now. The parties to the conflict should lift all restrictions on trade and investment for non-sanctioned commodities,” said David Gressly, the U.N. humanitarian coordinator for Yemen. 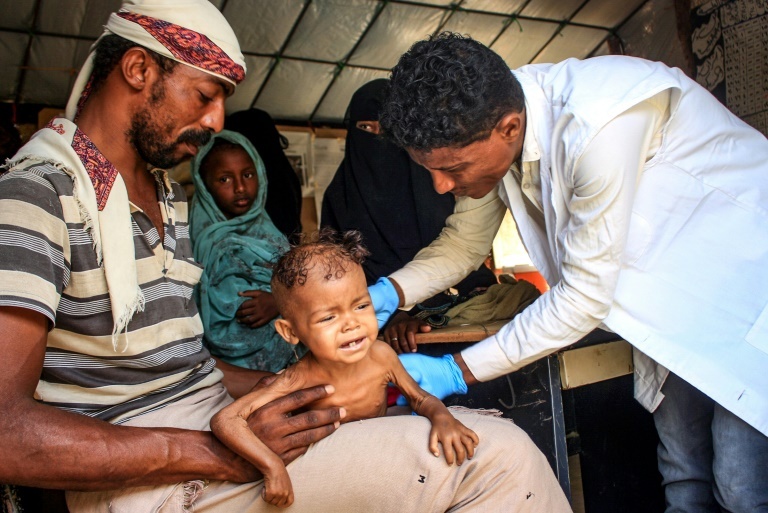 The U.N. humanitarian chief is urging a world focused on Russia’s war in Ukraine not to forget the war in…

The Independent UK
U.N. raises less than a third of $4.27 billion sought for Yemen to avoid starvation

The United Nations on Wednesday received only $1.3 billion in pledges towards a $4.27 billion aid plan for war-torn Yemen…