Hang On, Has Macca’s Quietly Slipped A Beyond Meat Burger Onto Australian Menus?

By Kathleen Farmilo
Macca (Organization)Beyond MeatUnited StatesAustraliaAusMcPlantUber EatsGrimacePEDESTRIANTV
UPDATED — July 1 2022: There’s a Macca’s based mystery afoot and it’s all to do with that fiendish little veggie devil the McPlant, which Macca’s has now confirmed is available in certain Victorian stores. If you’ve never met Mr McPlant, it’s the plant-based Macca’s burger that Ronald McDonald developed with Beyond Meat. You could score it in the US and in the UK but previously not
did tragically taken off the menu officially confirmed

love to hear this, scooter! glad you enjoyed

FINALLY the McPlant burger has arrived in Australia!!!!!

The post Hang On, Has Macca’s Quietly Slipped A Beyond Meat Burger Onto Australian Menus? appeared first on PEDESTRIAN.TV .

in Australia. Macca’s trial the McVeggie here in 2020, which featured a veggie patty made of potatoes, peas, corn, carrot and onion. But in July of last year, the McVeggie was . Rest in RIP, my little veggie friend. The veggie options are pretty limited for Aussie Macca’s customers unless you’re happy to exist solely on fries and hash browns. And no judgement if you are TBH. You can’t go wrong with a crispy, decadent hash brown. But some people spotted McPlant burgers on Uber Eats right here in Aus. Mysterious, mysterious. PEDESTRIAN.TV saw the McPlant burger as an option for the Brunswick East Macca’s on Uber Eats. But the McPlant wasn’t an option on all Uber Eats. For example, PEDESTRIAN.TV also sussed out a load of Macca’s in Sydney’s Inner West on Uber Eats and the McPlant didn’t come up as an option. Macca’s has the existence of the McPlant on Aussie shores in a post on its Help Centre. According to Macca’s, the McPlant is now available at 270 restaurants in Victoria and has been since June 29. It’s a trial so Macca’s can suss out how much demand there is for McPlants. The Macca’s Australia Twitter account also publicly acknowledged the existence of at least one McPlant in the country. In response to a complimentary Tweet about the McPlant from someone in Melb, Macca’s replied: “love to hear this, Scooter! Glad you enjoyed”. Pay attention to the suspicious sprout emoji. What is Macca’s sprouting? A plant-spiracy? Is the McPlant just some glorified spy who works for the golden arches? There were also a couple of other Tweets about the McPlant being available in Aus. An Instagram account for Macca’s in Forest Hill, Melbourne posted pics of workers with the McPlant. My brothers in Beyond Meat patty, blink thrice if Grimace is holding you hostage. We must put the evidence together to come to a conclusion. What is the truth? What is the patty even made of? And , really?
Sign up to read this article 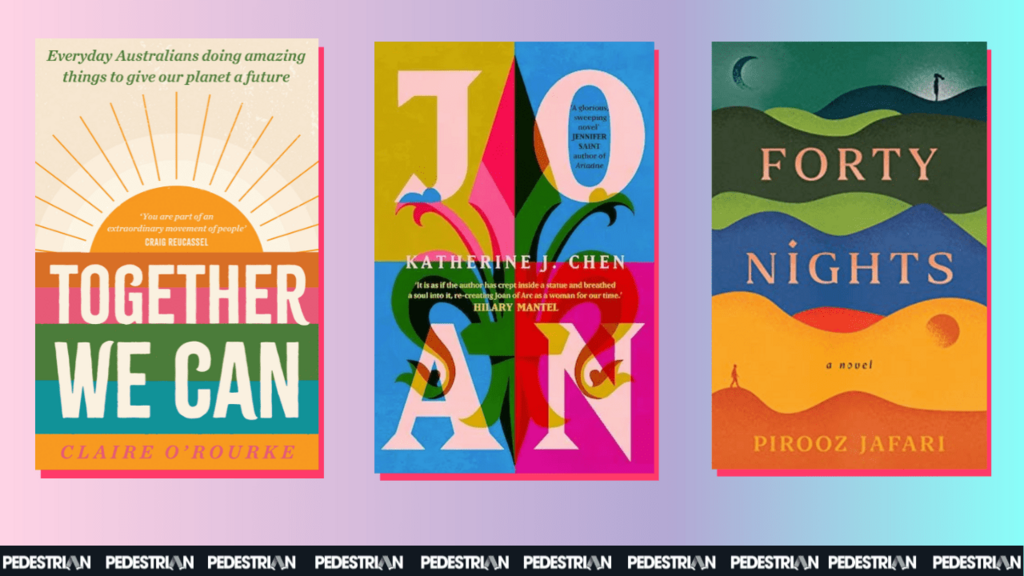 Litty Committee: All The Best July Books To Suss While We’re Waiting Out La Niña’s Soggy Return
Another great reason not to leave your house!

Pedestrian.tv
From analysis to the latest developments in health, read the most diverse news in one place.
Hipster bars, perfect bakeries and a restaurant where you may spot Dua Lipa: The Greater Manchester borough that's getting its moment in the spotlight

It has loads to offer