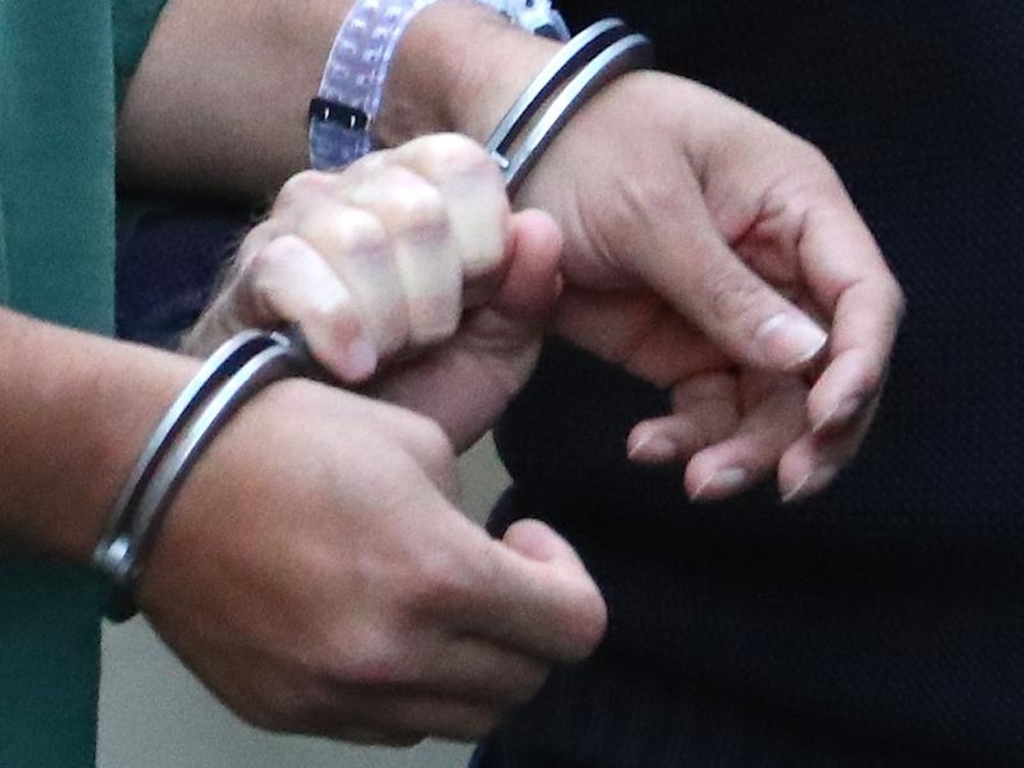 A police officer removed handcuffs from a shackled violent criminal under guard at a Queensland hospital so he could eat and receive medical treatment, a coroner has been told.

The prisoner Tyson Jessen was compliant while being treated at Ipswich Hospital after his arrest on an extradition warrant in November 2018, Senior Constable Daniel Wahlin told an inquest sitting in Brisbane on Tuesday.

Jessen was fatally shot by Senior Constable Leesa Richardson during a struggle a few hours later while the officer's partner was away from the hospital getting dinner.

Jessen's death is the subject of a three-day hearing before State Coroner Terry Ryan.

The 28-year-old was arrested the day before he died after being spotted at Ipswich's World Gym.

Photos included in police documents show him as heavily tattooed and with possession of a handgun, and he was described earlier as an "imposing figure" who spent all his free time in the gym.

Four officers were sent to confirm his identity because Victorian police who had been searching for Jessen for an armed robbery had described him as violent.

Jessen initially tried to flee arresting police, but was assessed by paramedics when he threw up and complained of chest pain.

Sen Const Wahlin said he understood from a brief handover that Jessen was a "high-risk prisoner".

One of his wrists was handcuffed to the bed frame and he was on his own in a hospital room, the officer told the court on Tuesday.

But Sen Const Wahlin said he removed Jessen's handcuffs so the prisoner - who had shackles on his ankles - could eat and undergo medical procedures.

"A handcuffed prisoner makes it very difficult for hospital staff to do their job," he added.

"It was a calculated consideration" taking into account he was still shackled and laying down with two officers at the door to the room.

At the time those procedures indicated people in custody should only be handcuffed to a fixed object in extreme circumstances.

"I didn't see a controlled environment with limited access, with two armed police officers as an extreme circumstance to handcuff him," he added.

Sen Const Wahlin said he took into account Jessen's violent background, the circumstances of his arrest, and that he was in a hospital bed and being treated for a heart condition.

He handed over guarding duties to other officers and it was later that Sen Const Richardson was attacked.

She was having difficulty breathing and had sustained cuts to her lips and a graze and lump on her head when police responded to Jessen's shooting, the inquest heard earlier.

"It was very difficult to understand what she was saying, she was very upset, sobbing," Sen Sgt Elizabeth Burns-Hutchison said.

The inquest is considering the facilities and resources available to accommodate and supervise people in police custody at the hospital and the steps to manage the risk of accommodating Jessen there.

Mr Ryan will also consider whether the actions of police officers tasked with the guarding were appropriate and whether information known about the prisoner was appropriately relayed to them.