Halloween sayings and traditions you'll only hear in Scotland 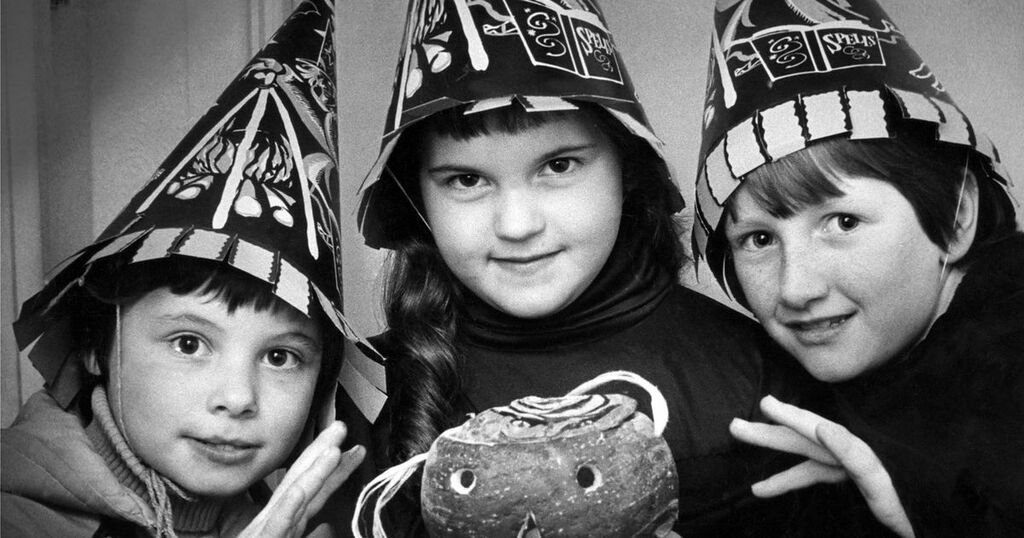 With winter around the corner and autumn in full swing, it's a time of change and deep tradition.

In Scotland, Halloween has been celebrated for generations, with its origins lying not only in the country's Christian heritage (All Saints' Eve) but further back with our Celtic roots (Samhainn and Samhuinn - pronounced sow-in).

Now an amalgamation of both, and perhaps with a little American culture added in, Halloween is a night where the boundary between the world of the living and the world of the dead is weakened, and a time when those from the latter could cross into the former.

Why not try something a little more traditional this year and enjoy some of the best Scottish terms and traditions that celebrate the spookiest time of year.

Before 'Trick or Treating', Scots would go Galoshin' or Guisin' where they would dress up in costumes often darkening their faces or wearing masks before donning old clothes.

The earliest form of this tradition stemmed from the need for villagers to 'hide' the young to avoid them being 'taken' by the evil spirits around Samhuinn.

Later, when it was adopted by Christians, disguised villagers 'tricked' all evil spirits to reveal themselves in order to ensure the following day (All Saints day) was cleansed and purged of any lurking negative spirits.

The practice of door knocking is believed to have come from the village elders and pagan druids collecting food for the Samhain feasts or gathering offerings for the aos sí (fairies) to ensure the community’s livestock survived the winter.

Children these days are more used to using pumpkins to make lanterns for Halloween.

But older generations of Scots will remember the sore arms (and smell) from using a neep or tumshie (turnip) to make theirs.

The practice of creating lanterns stems from the use of fire to scare off evil spirits.

Apples (and nuts) were often used to tell the future, with apples being peeled and the peel is then thrown over the shoulder.

Any letter formed by the peelings would signal a future lover or even a spouse.

While nuts would be given a name of a suitor and thrown in the fire, should they burn rather than pop the courtship would be successful.

Kale stalks were also pulled from the ground after dark with the person's eyes closed. As mentioned in a poem by Rabbie Burns, the practice would reveal your future lover’s height and figure represented by the length and shape of the stalk.

A sacred fruit at this time of year, apples were often revered, and being plentiful in Scotland, led to games such as Dookin' (Ducking) where a dozen or so are placed in a barrel of water with people challenged to remove one using only their mouths.

Nowadays, to save a wet face (or messed up face paint) a fork is dropped from the mouth to try and stick it in one of the floating apples.

One Halloween practice that has largely been forgotten except in Gaelic speaking communities, both in the Highlands and Islands and in Canada, is that of the fuarag (foo-ar-ak).

Various objects would be hidden in a bowl of raw oatmeal mixed with cream and sugar (or more recently mashed potatoes) with a blindfolded guest given a spoon to take a scoop.

The objects that were discovered were then used to foretell that person’s future.

A ring would mean an upcoming marriage, the coin would donate financial good fortune, the button meant you were going to live a bachelor’s life and if you received the thimble you would become a spinster.

Bogles - This is a Scots term for a ghost or spirit.

Samhuinn - The Celtic year was determined by the growing seasons and Samhainn or Samhuinn marked the end of summer and the harvest, and the beginning of the dark cold winter.

Neeps/tumshies - The Scottish name for a turnip - the root vegetable usually used to make fire lanterns at Halloween (more recently being replaced by pumpkins).

Dooking - Dookin' (Ducking) is the fun children's game of dunking your face into a pale of water to try to retrieve an apple using only your mouth.

Guisin'/Galoshin' - The traditional Scottish version of 'Trick or Treating', where children dress up and go door to door for treats.

Fuarag - A bowl of raw oatmeal mixed with cream and sugar (or more recently mashed potatoes) with hidden items inside used to portent the future.

De'il - Scots word for the devil.

Brounie or Brownie - an imp or goblin that causes mischief

Weird - a Scots word for fate or destiny