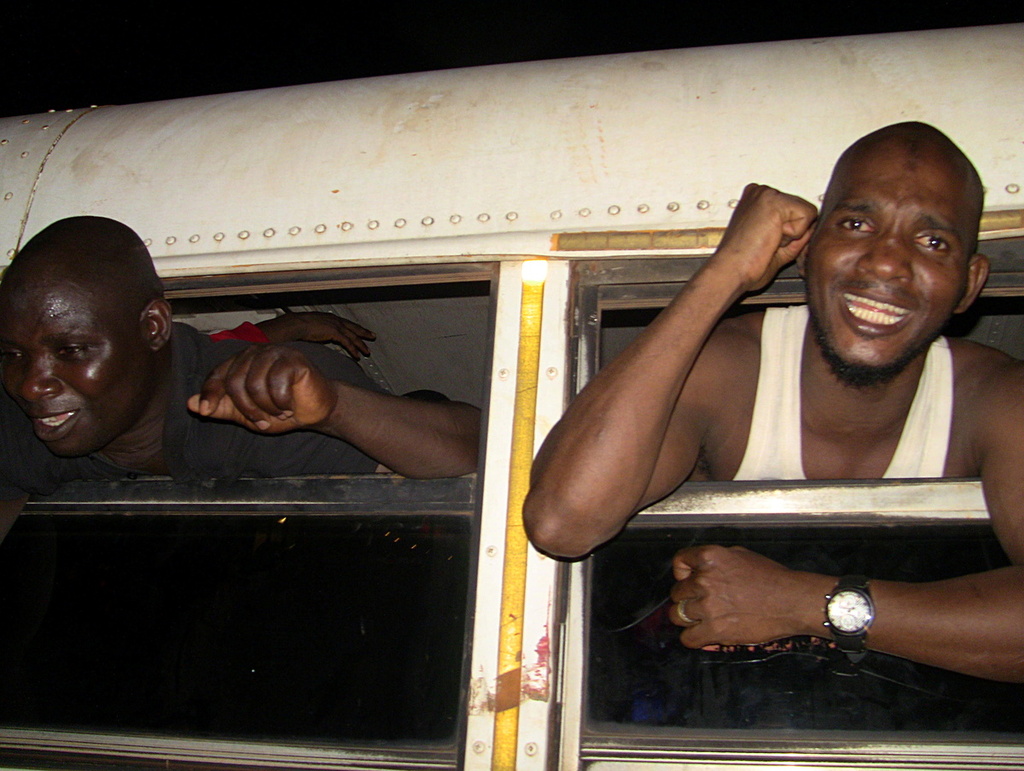 Guinea's military leaders have freed scores of political prisoners before a meeting of West African leaders to discuss their response to Sunday's coup that ousted President Alpha Conde.

At least 80 political prisoners detained by Conde were released on Tuesday evening. Some had campaigned against his attempt to stay in power for a third term after altering the constitution to permit it, a move opponents said was illegal.

West African countries have threatened sanctions following Conde's overthrow and a regional bloc, the Economic Community of West African States (ECOWAS), was due to convene a virtual summit on Wednesday.

Coup leader Mamady Doumbouya, a former French legionnaire, has pledged to install a unified, transitional government but has not said when or how that will happen.

Doumbouya also met the heads of Guinea's various military branches for the first time on Tuesday, hoping to unify the country's armed forces under the junta's command.

Guinea's main opposition leader, Cellou Dalein Diallo, who finished runner-up to Conde in three successive elections, told Reuters on Tuesday he would be open to participating in a transition back to constitutional governance.

In a statement on Tuesday evening, Conde's party said it "noted the advent of new authorities at the head of the country" and called for Conde's rapid and unconditional release.

Since the putsch, life in the streets of Conakry appears to have returned to normal, with some military checkpoints removed.

Fears the power struggle could hinder Guinea's production of bauxite, a mineral used to make aluminium, have begun to ease. The country's largest foreign operators continued to operate without disruption on Tuesday.

Aluminium hit a fresh 10-year high on Monday after news broke of unrest in Guinea, which holds the world's largest bauxite reserves. Doumbouya has pledged that mining will continue unhindered.