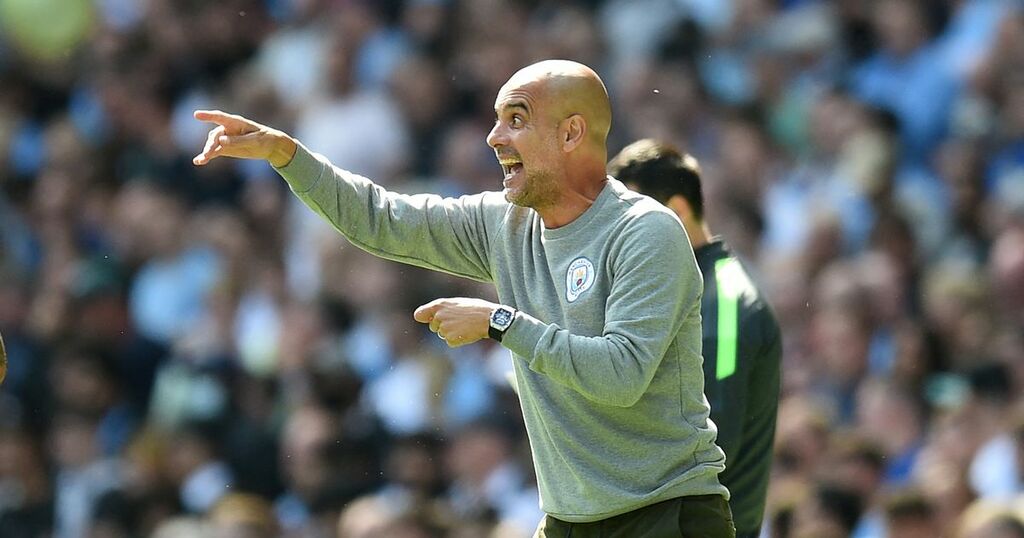 Pep Guardiola faced the media on Friday ahead of Manchester City’s Premier League trip to Leicester City on Saturday, with the availability or otherwise of his Brazil stars the prime focus.

Premier League officials have been in discussions with FIFA in an attempt to get world football’s governing body to waive its rule regarding players not released for international duty being banned from club games for five days.

City were among the English clubs not to allow players to travel to red-list countries during the recent international break as coronavirus regulations would have forced a ten-day quarantine, with Ederson and Gabriel Jesus now potentially ruled out of the clash at the King Power Stadium.

However, Guardiola suggested he was sceptical over the extent to which Premier League clubs could act collectively - with good reason - while he also gave his usual vague injury updates and supplied in-form forward Ferran Torres with some unusual dietary advice.

Here’s what stood out to us from Pep’s latest presser...

“About all the clubs going together, these kinds of situations I am not a big fan, because everyone thinks for themselves,” Guardiola said when discussing the wrangling over whether Ederson and Jesus will be available.

This was a classic example of the City boss having something he wants to say and saying it. No bee lingers in his bonnet for any significant length of time.

Guardiola wasn’t asked directly about the Premier League clubs working together to find solutions, but he spotted an opportunity to suggest lingering disdain for how some of City’s top-flight rivals acted when the champions’ financial affairs were under scrutiny from UEFA.

The Court of Arbitration for Sport (CAS) quashed City’s two-season Champions League ban in July 2020, after which Guardiola turned his fire on the eight Premier League clubs who signed a letter that requested his team's punishment would not be deferred in the event of the appeal dragging on into the 2020/21 campaign.

"I know for the elite clubs - Liverpool, United, Arsenal - are not comfortable [with us] being here," Guardiola said at the time.

"But we deserve to be here and we don't have to ask permission to be there. When we lose I shake their hands and congratulate them, all the time we have done it.

“Guys accept it, we wanted to be here and we tried on the pitch. If you do not agree, knock on the door and speak to our chairman and our CEO. Don't go whispering.”

Guardiola made it clear on Friday he's still not a fan of whispering. If City have a problem to sort out, they will trust no one and do it themselves.

The City squad could be bolstered by the sublime talents of Kevin De Bruyne and Phil Foden at the weekend, with the playmakers back in training following respective ankle and foot injuries.

Of course, Pep doesn’t tend to give “yes” or “no” answers when quizzed on who will be available and for how long - and this was no different.

“Yesterday, Phil had his first training session. Kevin has trained the last week, part of it alone, then with the three or four players who stayed here and the U18s.

“They feel much better.”

De Bruyne having a week of work under his belt makes a place on the bench at Leicester feel likely. Foden could join him, but his relative lack of activity on the training field means it wouldn't be a huge surprise if Guardiola opted to let the England star build up a bit more fitness before the Champions League kicks into gear.

That’s at least a stab at guessing who might be involved for part of the Leicester game. FPL managers, please feel free to vent in the comments at the appropriate time.

Following his impressive two-goal display in the 5-0 thrashing of Arsenal, Guardiola likened Torres’ probing runs in behind the defence to Leicester striker Jamie Vardy.

After taking his international haul with Spain to ten goals in 20 caps this week, Ferran will get the chance to pit his wits against the former England striker, although Guardiola was keen to temper expectations.

He rowed back a little on his Torres-Vardy comparison before seemingly giving the youngster a very boring lunchtime menu for the foreseeable future.

“I didn’t compare Ferran to Jamie Vardy, first of all. I said Ferran has quite similar movements,” he began.

“Ferran has to eat a lot of soups at dinner time to try to be compared with Jamie Vardy, what he has done in his career.”

Honestly, we haven't got a clue. Although if Vardy is the nutritional model for Ferran, the amount of Red Bulls he’s going to have to ingest is frankly terrifying. Perhaps he’s decanting some port into a Lucozade bottle as you read this.

What stood out for you in Pep's latest press conference ? Follow our City Fan Brands Editor Dom Farrell on Twitter to get involved in the discussion and give us your thoughts in the comments section below.