The Queen 's Guards are an iconic image of the monarchy with their distinctive towering hats and poker-face expressions. However, one aspect of their uniform may be a total mystery.

Rather than being tucked under the chin, the hat straps sit beneath the wearer's lips. The placement is entirely purposeful - and even a bit brutal.

The reasoning behind its positioning traces back to the battlefield. The guards, who are drawn from several regiments in the British Army, have been a part of British history for more than 360 years.

The distinct ceremonial uniforms of the Queen's Guard are remembered throughout history.

The hats stand approximately 18 inches tall and weigh around 1.5 pounds. They are made from Canadian black bear fur and it's reported that it takes one bear pelt to make one hat, which can last for 80 years if cared for properly.

Each regiment puts a slightly different spin on the famous ceremonial hat. One of the regiments, the Grenadier Guards, fought at the Battle of Waterloo in 1815 - and their trademark hats date back to this era.

They were designed to intimidate their enemies by making them appear bigger.

The Grenadier Guards that are seen in official ceremonies have a unique way of wearing their impressive headwear. The strap for the hat is placed under the bottom lip instead of under the chin.

This decision to wear the chained strap for headpieces under the lip comes from when soldiers actually fought while wearing them, WalesOnline reports.

If a soldier was shot, the heavy hat could fall backward and cause the soldier's neck to break if they were wearing a chin strap. Therefore, wearing their helmet straps under their lips would be less dangerous.

Another theory for why the guards put their straps under their lip is for one regiment to distinguish themselves from others serving the Foot Guards.

Earlier this week, a Queen's guard collapsed after fainting during her state funeral. The incident occurred just as the late monarch was taken from Westminster Abbey to St George's Chapel before being laid to rest.

At the end of the funeral service in Westminster, which was attended by some 2,000 guests, the monarch's casket was marched by gun carriage to Wellington Arch at Hyde Park.

From here, it was transferred and moved to the hearse before departing the capital for the final time and heading up the Long Walk where thousands of mourners had gathered.

The Queen's long journey to her final resting place began in Balmoral Castle on the day of her death and ended with her interment at the castle's St George's Chapel in a private ceremony in the evening. 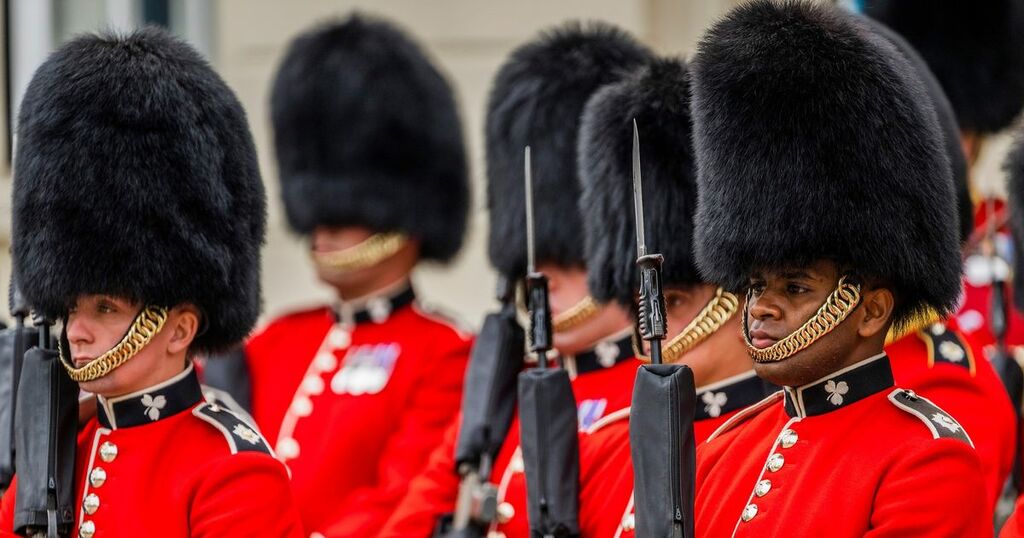 Brutal reason why Queen's guards wear helmet straps under lips not chin
The guards are a commanding and famous site and come from several regiments in the British Army, but people often…

Daily Mirror
From analysis to the latest developments in health, read the most diverse news in one place.
Family of one of the Queen’s pallbearers had ‘no idea’ about his role: ‘I’m beyond proud’

The Independent UK
Family of one of the Queen’s pallbearers had ‘no idea’ about his role: ‘I’m beyond proud’

Wales Online
One place to find news on any topic, from hundreds of sites.
'Beyond proud' mum of Queen's pallbearer had no idea son, 19, would carry coffin

The mum of David Sanderson, 19, from Morpeth, who carried the Queen's coffin during her funeral said she had no…